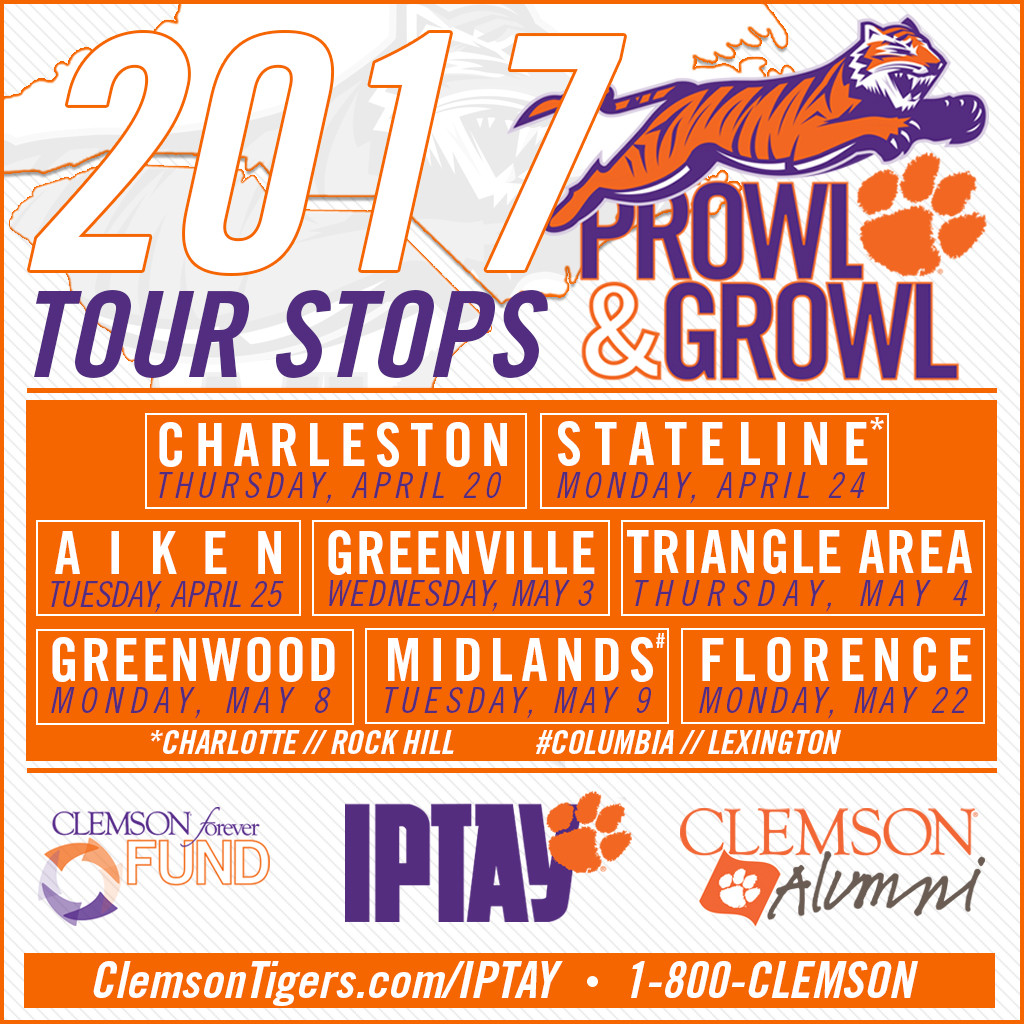 Tickets Are Now Available For The 2017 Prowl & Growl Tour

Clemson is excited to announce the 2017 Prowl and Growl dates and locations as we prepare to make the trek across the region. The tour this year will visit eight cities with head football coach, Dabo Swinney and head basketball coach, Brad Brownell. This annual event takes place in April and May of each year in a joint effort by IPTAY, the Clemson Alumni Association and the Clemson Forever Fund and is hosted by local Clemson Clubs and IPTAY Representatives. The 2017 edition of Prowl and Growl will kick off on April 20 in Charleston, SC!