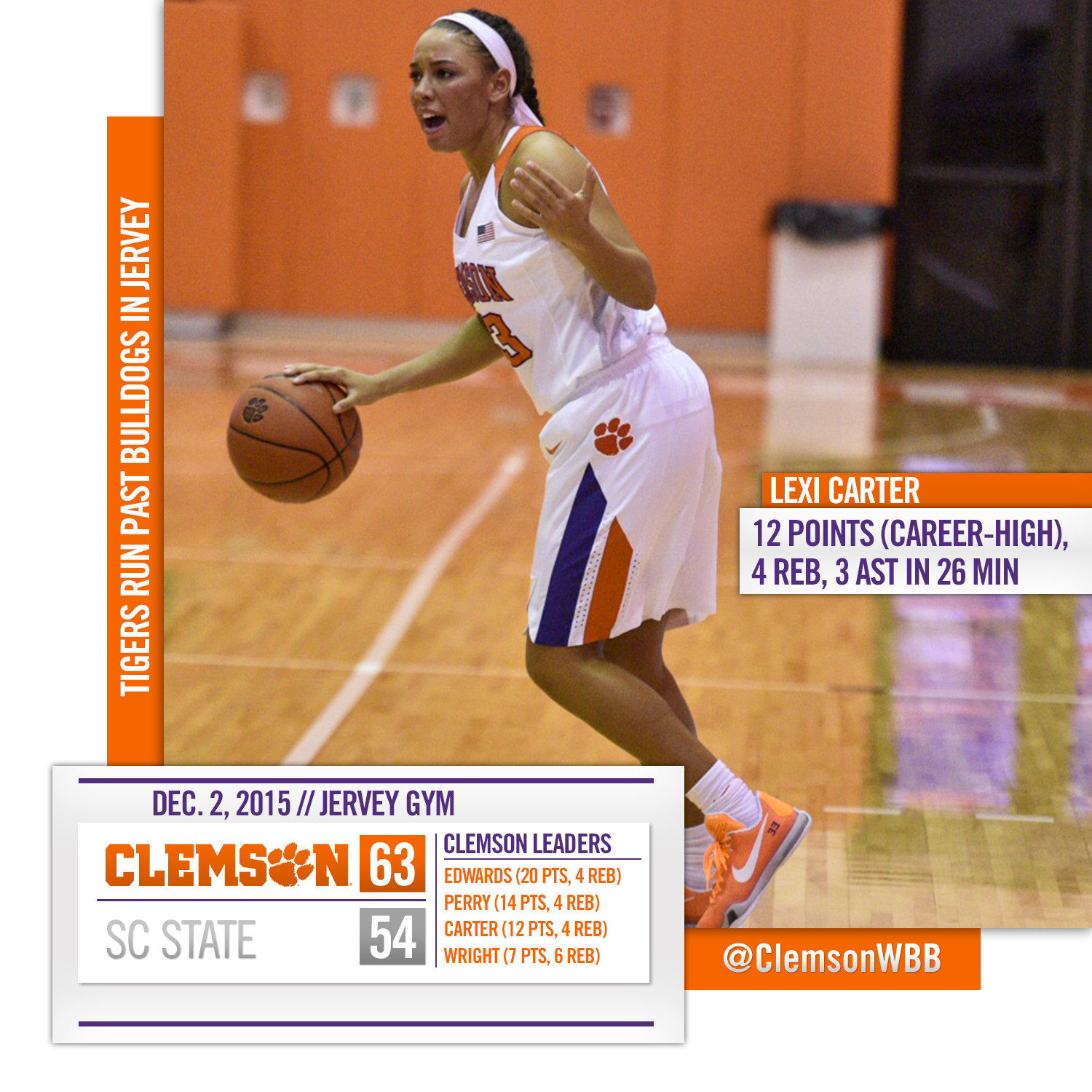 CLEMSON, S.C. – The Clemson Tigers (2-6) got back in the win column on Wednesday night, defeating the South Carolina State Bulldogs (2-3) by a final score of 63-54 in Jervey Gym. Freshman Danielle Edwards led Clemson with 20 points, while sophomores Nelly Perry and Lexi Carter added 14 and 12, respectively.

“Once we were able to get some stops and get out in transition, that opened it up for us on the offensive end. We did a lot of things in practice in terms of fine-tuning our offense. I’m very proud of the way we played on the defensive end and going forward we just want to continue to get better.”

Clemson used a 10-0 run in the latter part of the first quarter to take a 15-7 lead after the first ten minutes of action. However, South Carolina State would not go away, exploding for 20 points in the second to cut the Tiger lead to 34-27 at halftime.

The Tigers started slowly in the third quarter, allowing the Bulldogs to creep back into the contest and tie the game at 34 points a piece with 6:23 remaining in the third. But Clemson would never relinquish the lead, and would go on to 12-6 run to end the quarter.

Carter put the game out of reach when she converted a four-point play, making a three-pointer and the subsequent free-throw after being fouled in the act of shooting, with 2:21 remaining in the game to put Clemson up 58-47. Edwards, Carter and freshman Aliyah Collier, all connected on free throws in the final two minutes of the game to secure a Tiger win.

“We got the win and now we need to turn our focus to William & Mary and get ready for the Tribe.”

Clemson is back in action on Saturday, Dec. 5 when they play host to William & Mary at 2 p.m. in Jervey Gym.