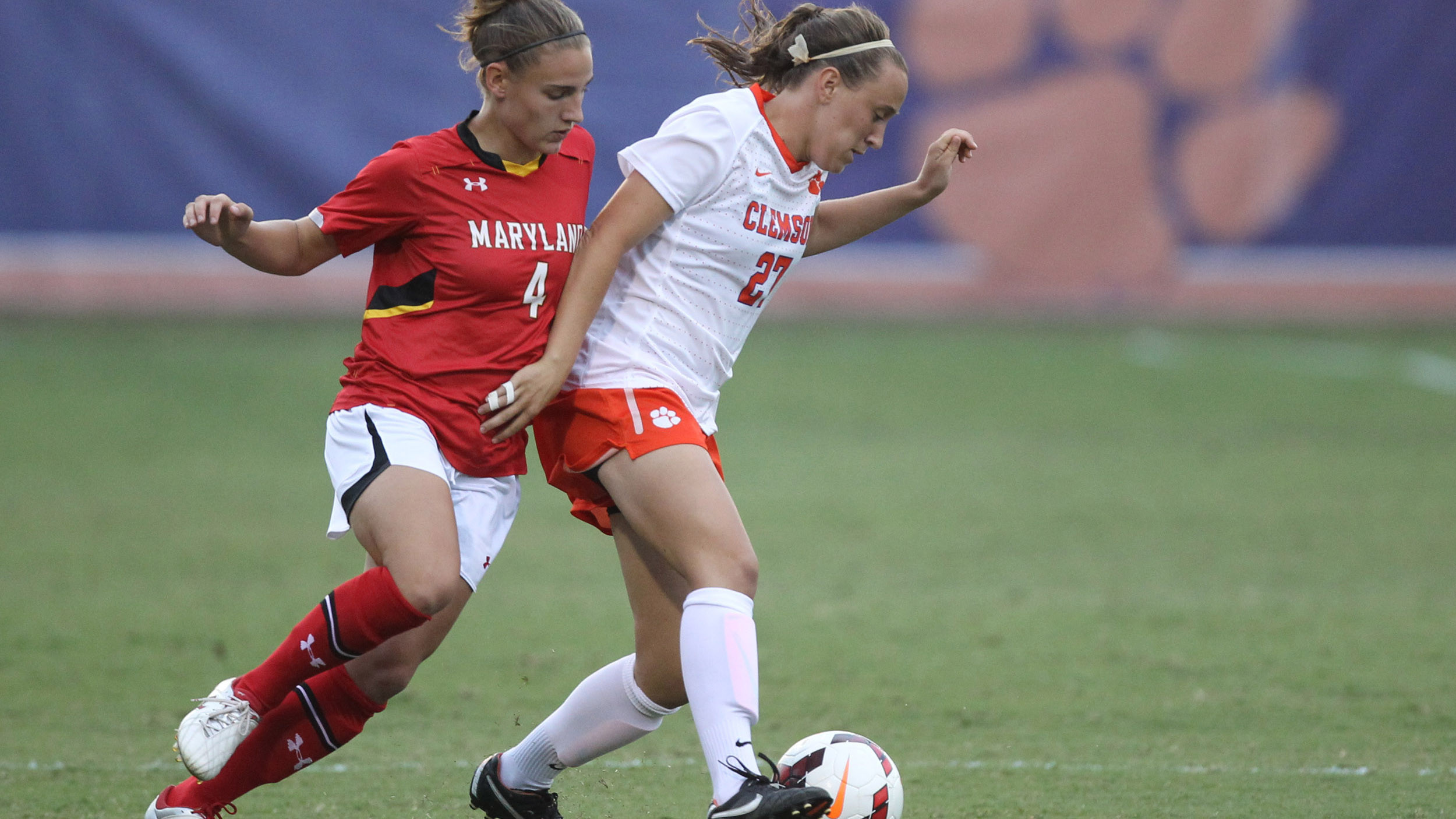 CLEMSON, SC – Clemson’s Kailen Sheridan, Claire Wagner and Gabby Byorth have been named to the list of top 100 freshmen in college women’s soccer through the midway point of the season according to the TopDrawerSoccer.com rankings released on October 16.

Sheridan, a goalkeeper from Whitby, Ontario, is ranked 14th on the list and has started every game this season for the Tigers.  Through 15 games, the freshman has 49 saves while posting a .817 save percentage and seven solo shutouts. She currently ranks second among all ACC goalkeepers in terms of save percentage, and in a tie for second in solo shutouts.

Wagner, a defender from Cary, NC, is ranked 33rd by the association.  She has started all 15 games for the Tigers in 2013 and leads all Clemson field players in minutes played with 1367 (91.3 min/game). Wagner also has one goal and one assist on the season for three points.

Byorth, a defender from Dublin, OH, is ranked 54th on the list.  Trailing only Wagner in minutes played among field players, Byorth has accumulated 1298 minutes on the field in 15 starts.  Offensively, Byorth has three assists on the season with two coming in the Tigers’ 14-0 win over Alabama A&M on September 22.

Sheridan, Byorth and Wagner have played crucial roles on the Tiger defense that ranks fifth in the ACC yielding only 0.73 goals per game.

This is the first time that Clemson has had multiple players receive this recognition in the same season.  Previously, Liska Dobberstein (37th) and Kylie Tawney (62nd) were named to the list in 2011 and 2012, respectfully.

The Tigers will return to action on Sunday, October 20 when they will play host to 19th-ranked Wake Forest at 2 PM at Historic Riggs Field.