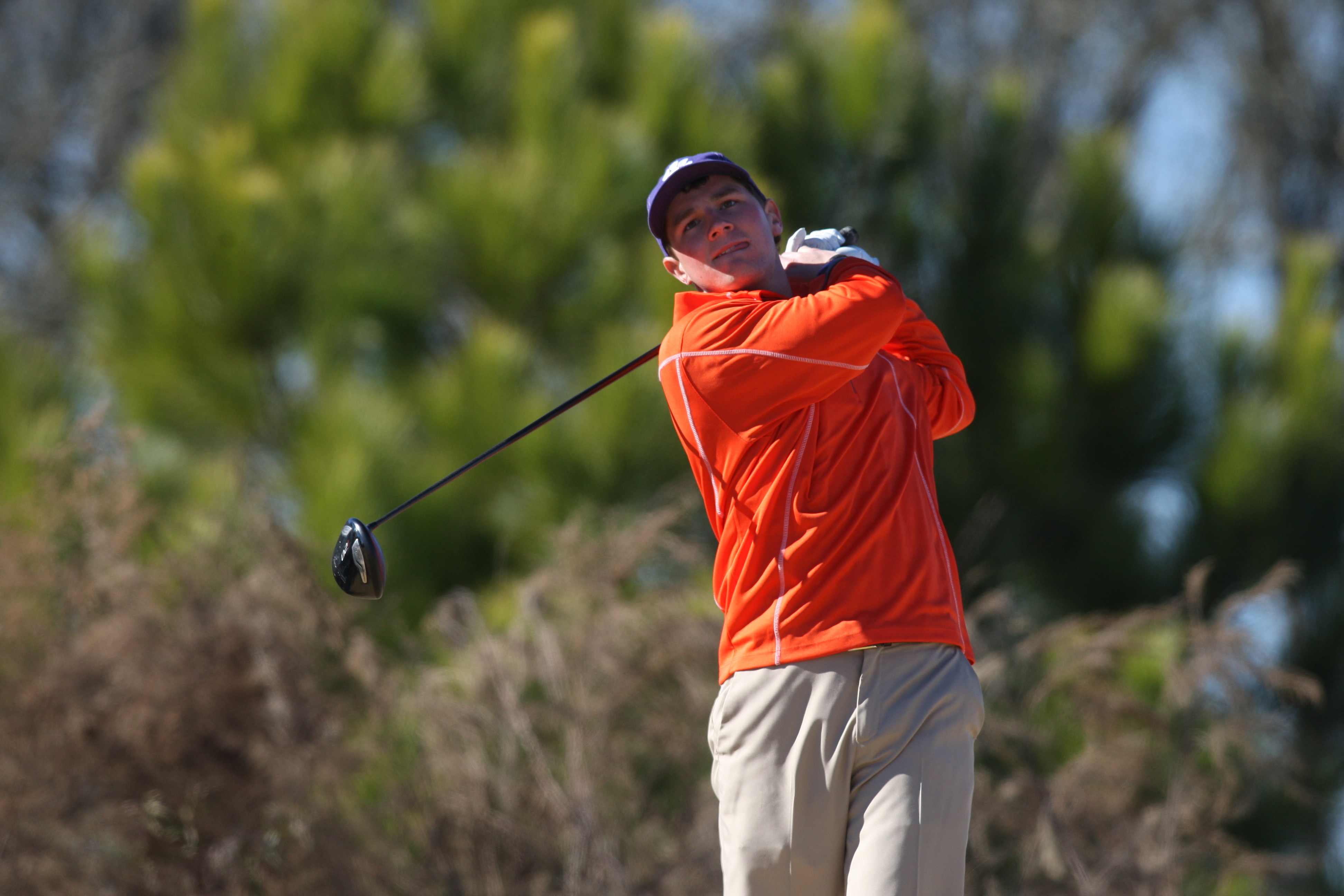 Three Tigers in Contention to Make Cut at US Amateur

Clemson, S.C.—Former Clemson golfer Miller Capps, current sophomore Bryson Nimmer and new freshman Doc Redman are all in the hunt to make the 64-player cut after the first round of stroke play at  the 116th United States Amateur at Bloomfield Hills Country Club in Michigan.      All three played the North Course on Monday morning and will play the South Course Tuesday afternoon in the 312-player field.

Redman and Capps both had rounds of one-under-par 69 on Monday and are in a tie for 31st place.  Nimmer shot a one-over-par 71 and is tied for 86th, but is just one shot off the cutline to get into a playoff after 18 holes.

Redman, who will come to Clemson and start school as soon as his play in this tournament concludes, had nine-hole scores of 34-35.  He made birdies on holes three, seven and 12, a par three, par four and par five, respectively.  He had just two bogeys, on holes eight and 13, then played the final five holes in even par.

Capps, who just finished his Clemson career in May, had consecutive birdies on holes 15, 16 and 17 to help him shoot a 33 on the back nine, his first nine of the day.   Capps is attempting to make stroke play for the second consecutive year, something a Clemson golfer has not done since Kyle Stanley in 2007 and 2008.

Nimmer had a consistent round with 15 pars, two bogeys and one birdie.