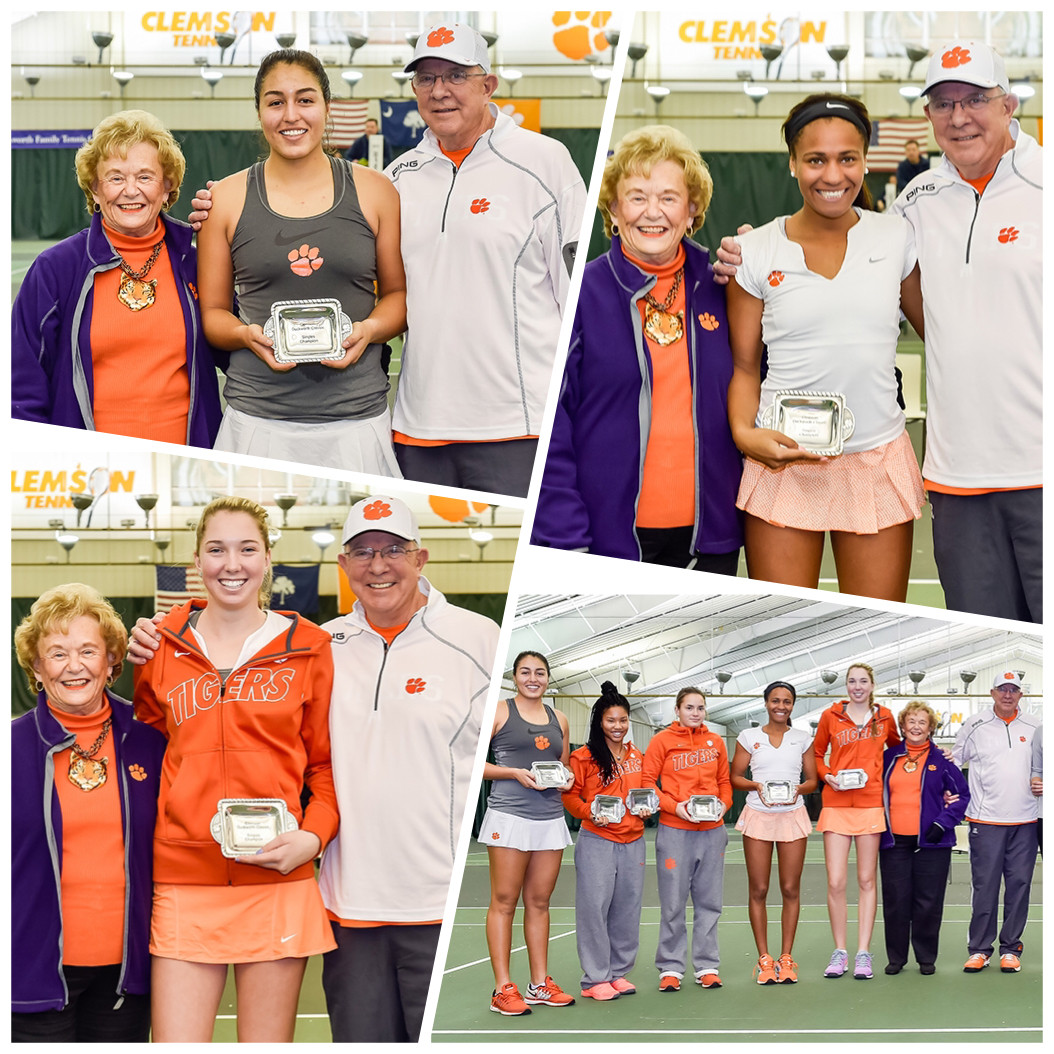 After receiving a quarterfinal bye, Navarro blanked Kristin Rehse of Georgia State, 6-0, 6-0, in Saturday’s semifinal. Navarro went on to defeat the Panthers’ Linn Timmermann in Sunday’s title match, 7-6(6), 6-4, to claim the championship in the tournament’s top singles flight.

In the No. 2 singles draw, Broomfield defeated Georgia State’s Niri Rasolomalala in the semifinals, by a score of 6-2, 6-1. The rookie was scheduled to face teammate and senior Tristen Dewar in the Flight 2 final, however the senior defaulted and Broomfield was named flight champion, with Dewar taking second place.

Miller-Krasilnikov won three straight singles matches en route to her Flight 3 title. On Saturday, she defeated Masey DeMoss of UNC Greensboro in the quarterfinals, 6-1, 2-6, 1-0(10-5), and Valeria Koussenkova of Charleston Southern in the semifinals, 6-2, 6-1. In Sunday’s final, she downed Chiara Volejnicek of Georgia State, 7-5, 6-0 to claim the title.

In Flight 1 doubles play, Dewar and freshman Theresa Piontek advanced to the title match with a 6-2 win over their Charleston Southern opponent, before falling to a duo from Georgia State, 6-4, to finish in second place. In the second doubles draw, Miller-Krasilnikov and classmate Jenny Moinard were edged by Georgia State in the semifinals, 6-4, but rebounded to take third place with a 7-5 victory over their opponent from UNC Greensboro.

Clemson plays its first dual matches of the 2016 season on Saturday, Jan. 23. The Tigers host UNC Wilmington at 11 a.m. and UNC Charlotte at 3 p.m. Both matches will be played at the Clemson Indoor Tennis Center.