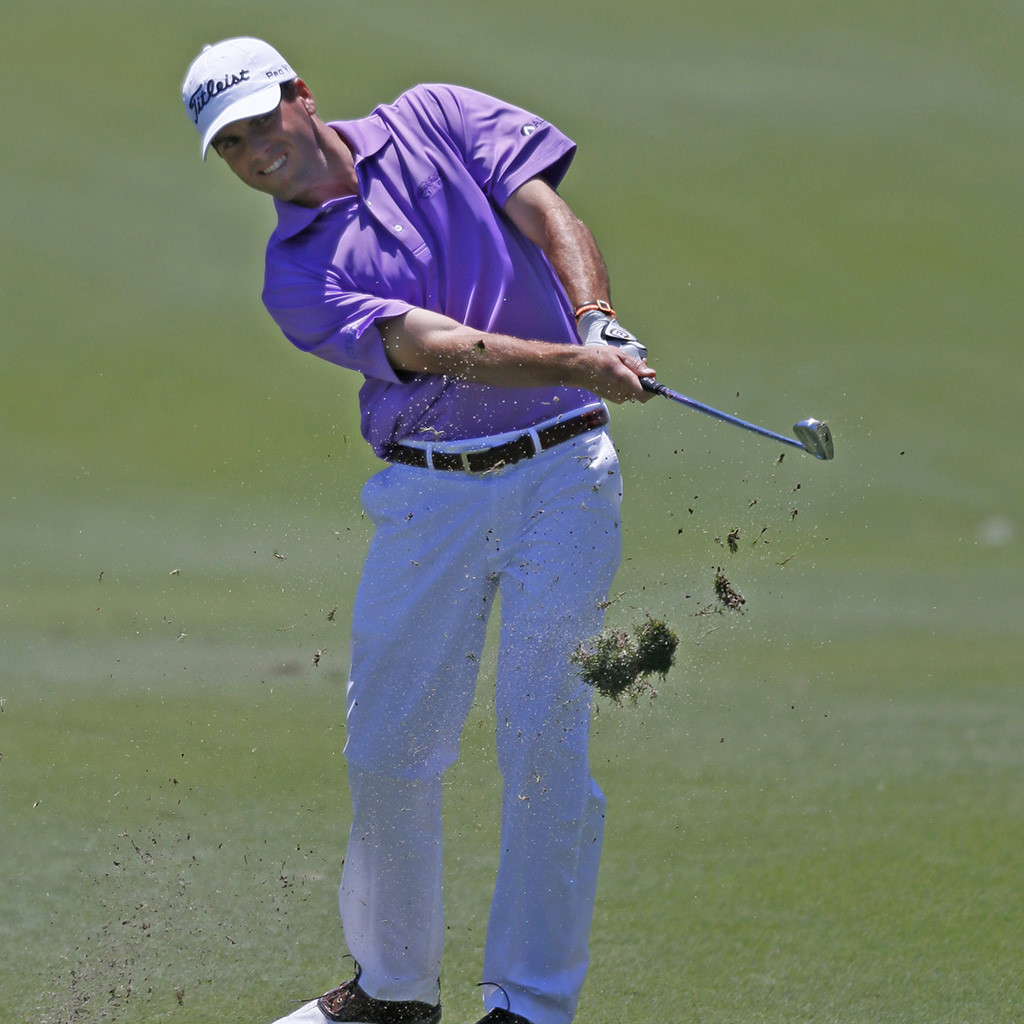 Clemson, S.C.—Former Clemson golfers Lucas Glover, Ben Martin and Sam Saunders will play in the same afternoon wave on Thursday as the U.S. Open begins at Chambers Bay Golf Club in University Place, Wash.   All three are currently fully exempt members of the PGA Tour and have played in the U.S. Open previously.

Clemson is tied for fourth nationally with its three former players in the field.  Seven former University of Georgia players are in the field, five from Oklahoma State and four from Georgia Tech.  Clemson, Illinois, Wake Forest, Texas, Florida, UNLV and Washington all have three former players in the 156-player field.  Overall 55 different colleges have former or current players competing.

Glover will open his 10th U.S. Open on Thursday at 1:33 p.m. at the 10th hole.  He will be paired with Bradley Neil, an amateur from Scotland, and Marc Leishman, a professional from Australia.  That group will tee off No. 1 at 7:33 a.m. on Friday.

Glover is the only former Tiger to win the U.S. Open.  In fact it is the only professional Major won by a golfer with ties to Clemson.  He won the 2009 event at Bethpage Black in Farmingdale, N.Y. with a four-under par score of 276.  Among the players he defeated were defending Champion Tiger Woods and Phil Mickelson.  His performance included a second round 64, the lowest round turned in by any former Clemson golfer in a professional Major.    Glover also finished 18th in 2010 and 42nd in 2011.

Glover has played in 20 PGA Tour events this year and made 13 cuts.  He has five Top 25 finishes and has earned $441,409.  Ranked sixth on the PGA Tour this year in greens in regulation, the native of Greenville, S.C.  has won three PGA Tour events in his career.

Martin has a 2:39 tee time off of No. 10 on Thursday and will be paired with Shane Lowry of Ireland and Stephen Gallacher of Scotland.  That group will start off No. 1 on Friday at 8:39 a.m.

This will be Martin’s third appearance in the U.S. Open, his first as a professional.  He is the only Clemson golfer to play in two U.S. Opens as an amateur.  He first qualified for the 2009 tournament and had a 150 score for the first two rounds, but missed the cut.  He then shot a 157 at Pebble Beach in 2010.

Martin is having an outstanding year on the PGA Tour.  The 2010 Clemson graduate has won $2,396,211 and ranks 14th on the PGA Tour Money List.  The native of Greenwood, S.C.  is No. 13 in the Fed Ex Cup standings.  He won his first PGA Tour event in Las Vegas last fall and also finished fifth at the Arnold Palmer Invitational in Orlando in the spring.  He is currently ranked No. 54 in the World.

Saunders, the grandson of 1960 U.S. Open Champion Arnold Palmer,, will be in the last group of the day on Thursday.  He qualified for the U.S. Open by shooting 12-under-par for 36 holes at the one-day qualifier in Columbus, Ohio. He will play with Jared Becher of Reno, NV and a player to be named player at 3:12 p.m.  That group will start at 9:12 a.m. off No. 1 on Friday.

Saunders will be making his second U.S. Open appearance.  He qualified for the 2011 event and shot a 149 for the first two rounds, but missed the cut at the tournament held at Congressional Country Club in Bethesda, Mary. The native of Windermere, Fla. has played in 20 PGA Tour events this year and made eight cuts.  He has won $370,803, which is 148th on the money list.