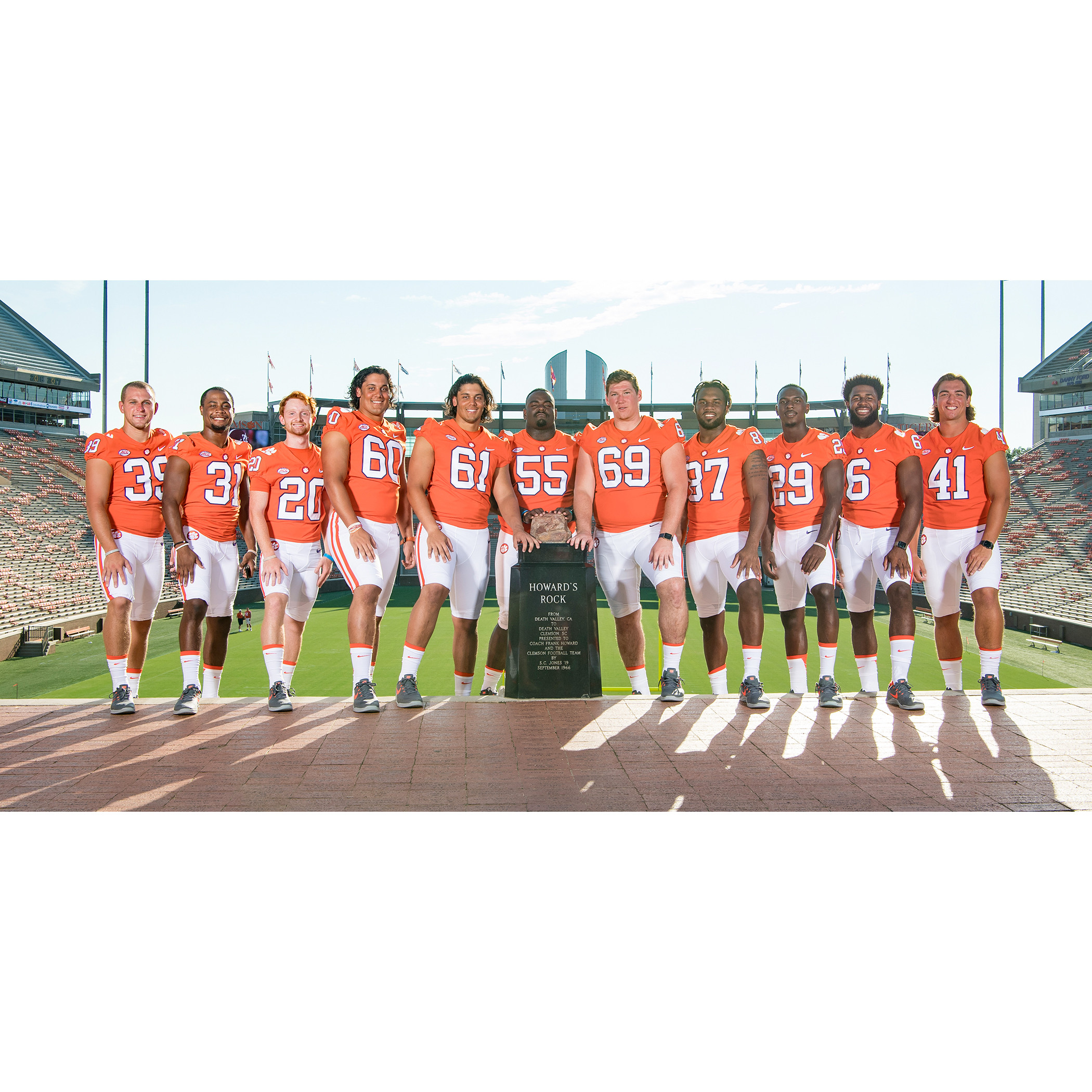 The accomplishments of the Clemson football program over the last four years fulfills the “mighty” part. Here are a few numbers to back that up.

• The class has an overall record of 47-6. That 88.7 winning percentage is best in Clemson history and already the second-most wins for a senior class. The record for wins is 49 by the 2016 seniors. Three more wins and this class can set the ACC record for wins by becoming the first 50-win class in league history. Win out and it would tie the all-time FBS record for wins (51).

• In terms of wins over top-25 teams, this group already has the record with 14. This senior class is 14-3 against top-25 teams, including nine wins in a row, tied for the ACC record.

• The class has also been remarkable in close games, posting a 13-3 record in contests decided by seven points or less. That includes a 7-1 record last year on the way to the national championship with a 35-31 win over Alabama.

• The Tigers are 21-5 away from home the last four years, including an 18-2 mark the last three years. Clemson has three wins over top-25 teams on the road this year, the Tigers’ most in a season since 1950.

• When it comes to top-10 rankings, this group is second to none. The program is ranked in the top 10 in the nation for the 39th week in a row, tied for the longest active streak in the nation with Alabama. Clemson’s second-longest streak of top-10 rankings is just 14 straight polls in 2013.

So, high praise to the Tigers who will be running down the Hill for the last time today.

Praise for Ryan Carter, who had an interception and three pass breakups at No. 20 NC State two weeks ago, the first Tiger to have four passes defended in a game since 2014.

Praise for Tyrone Crowder, who is playing his 45th game and 37th as a starter today. He is headed to a third All-ACC season.

Praise for Marcus Edmond, who has had an injury-riddled senior season, but will live on forever in the history of Clemson football for his game-deciding plays against Louisville and NC State at Death Valley in 2016.

Praise for D.J. Greenlee, who has battled back from injury to be a key contributor in 2017 from the tight end position.

Praise for Maverick Morris, the most versatile offensive lineman on the team.

And praise for Dorian O’Daniel, the first linebacker in Clemson history to return two interceptions for touchdowns in a season. He has continued to improve every year and is an ACC Defensive Player-of-the-Year candidate.