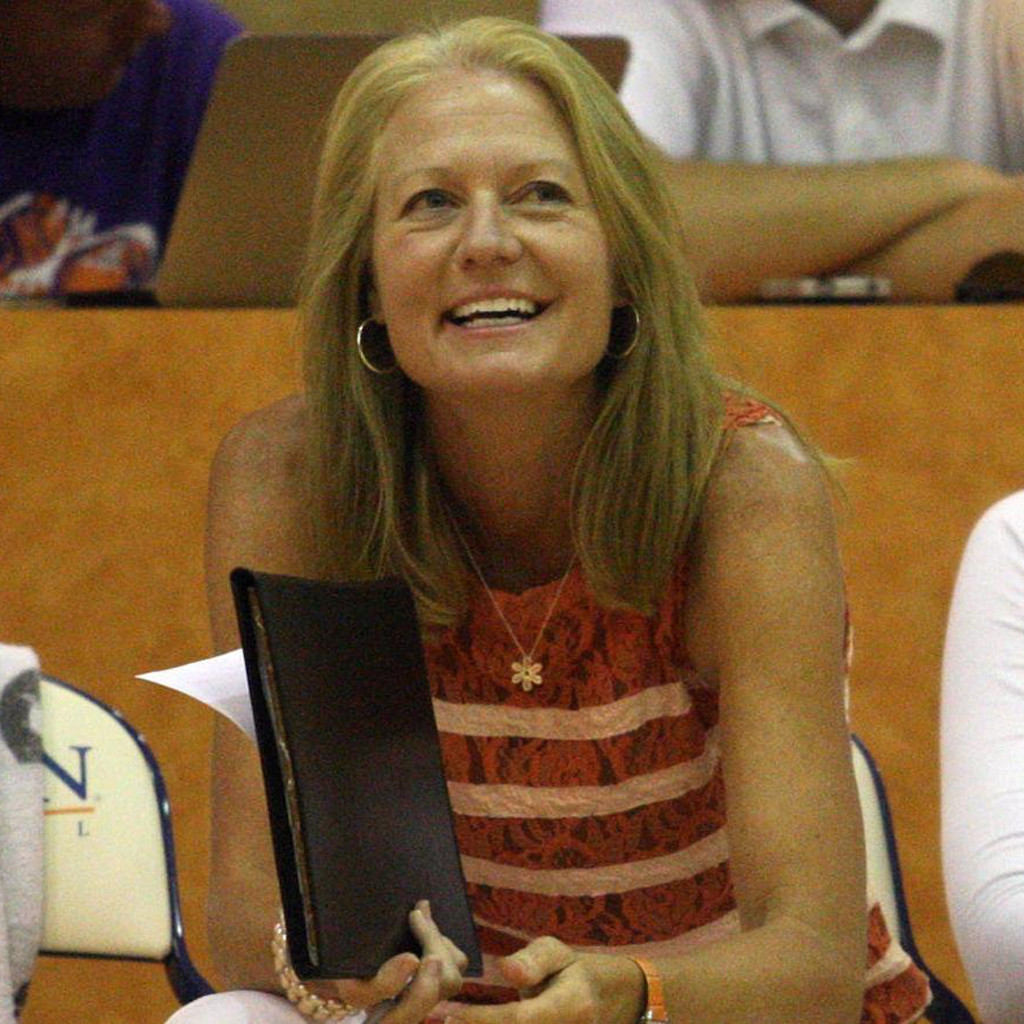 Clemson Volleyball wrapped up its preseason with its annual Orange and White scrimmage on Friday, Aug. 22. Students and fans alike came out to support the Tigers as the Orange team emerged victorious over the White team, 25-22, 19-25, 15-9.

The Tigers head into 2014 with more experience under their belt in seniors Kristin Faust, Karis Watson, Beta Dumancic and Niki Collier as the team looks to improve upon last season, when it finished with an overall record of 15-16.

Jolene Jordan Hoover is in her 22nd season as Head Coach of the Clemson volleyball team, boasting 17 winning seasons at the helm and, with a career record of 434-245, is Clemson’s all-time winningest volleyball coach.

Hoover notes how different the dynamics of the team can be from year to year and the challenges each preseason can bring with it.

“Every team has a different chemistry and makeup. You graduate seniors, you gain freshman and it still amazes me how the dynamic of the team can change every year,” Hoover said as the team wrapped up its preseason Friday evening. “This team is very tight, focused and family oriented. Now our charge is to keep that chemistry as things happen throughout the season.”

One of the reasons Hoover loves the Orange and White exhibition game is it gives the players an opportunity to experience a game day atmosphere with the season opener right around the corner.

“It’s great to have an exhibition like this. You can play and practice and get ready for game day, but once you put that jersey on there are still some jitters out there,” she says. “Hopefully we’re able to work out some of that through this exhibition.”

As for the team’s improved areas heading into the season, Hoover’s taking more of a “wait-and-see” approach until the players have some games under their belt, but she does feel that the team has certainly showed signs of improvement.

“We are working together more defensively,” Hoover said about her team’s improvement through preseason practice. “There’s much better communication and I think some of that comes from our seniors. Even though we are young in some areas, we have experience in others, and I think that’s helped.”

Hoover routinely emphasizes competition and is always looking for the best team to put on the court in any situation.

“It’s all about competition, and it doesn’t matter if you’re a freshman or a senior. We’re playing to win,” Hoover said. “They’ve got to compete with each other, but stay great teammates, because we’re all in this together and we all have one goal – to put the best team on the court.”

Clemson Volleyball hosts its season opener on Friday, Aug. 29 with the Big Orange Bash, where the Tigers face USC Upstate at 3 p.m. in Jervey Gym. On Saturday, Aug. 30, the Tigers square off against UNC Asheville at 1 p.m. and Troy at 5 p.m. to conclude the tournament.