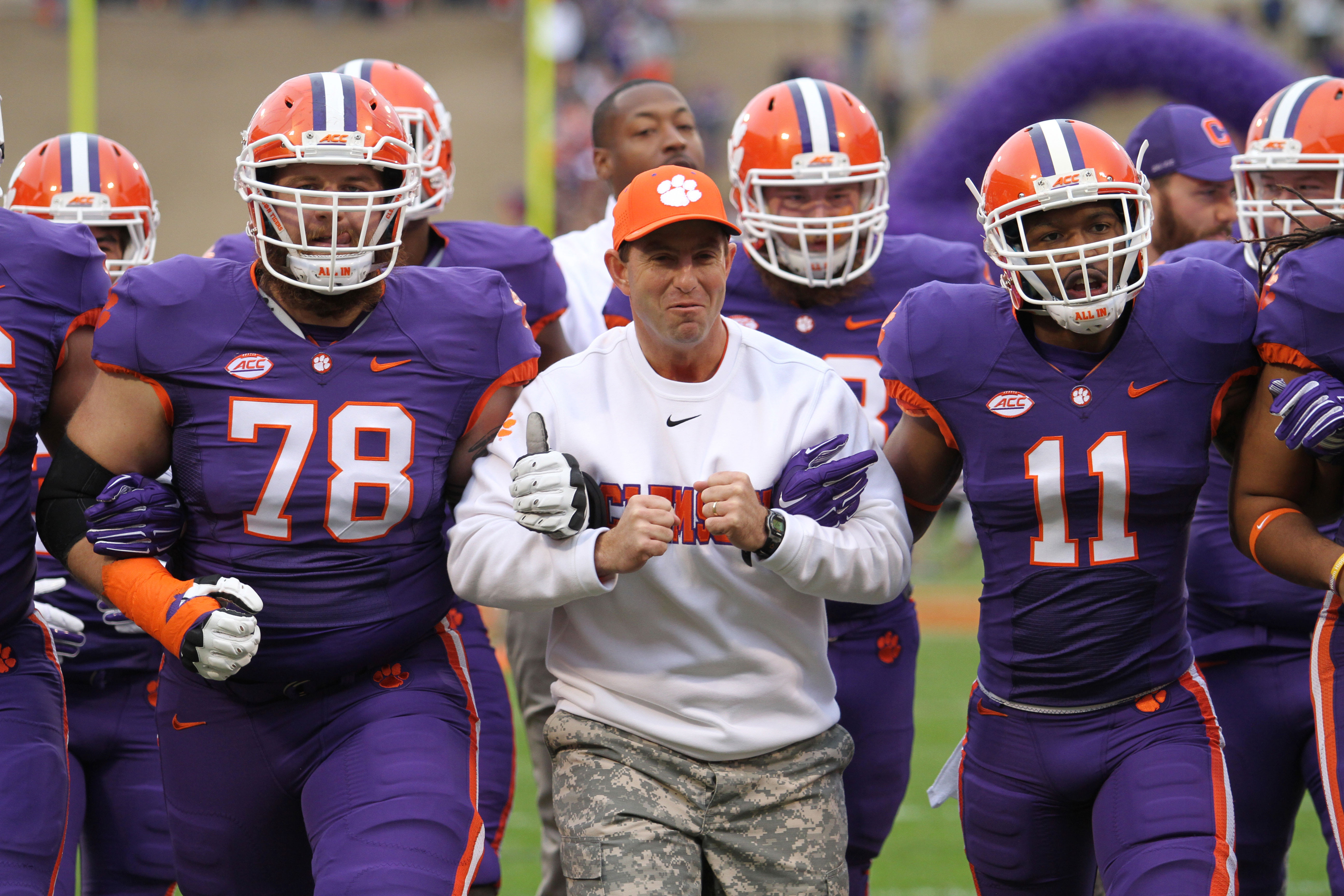 Clemson, S.C.—Clemson Head Coach Dabo Swinney is the recipient of the Bear Bryant National Coach of he Year Award.  The honor was presented Wednesday night in Houston, Tex, just one night after Swinney won the American Football Coaches Association National Coach of the Year Award in San Antonio.

Swinney is the first ACC coach to win the award.

The Bryant Award is voted on by the National Sportscasters and Sportswriters Association, and proceeds from the awards ceremony benefit the American Heart Association. The College Football Coach of the Year Award began in 1957 and was renamed for Bryant in 1986. Bryant himself won the AFCA Coach of the Year award in 1961, 1971, and 1973.

This is the seventh National Coach of the Year award for Swinney this year.  Earlier, he was honored by the Associated Press, the Walter Camp Foundation, ESPN, The Sporting News, the Maxwell Club of Philadelphia and the American Football Coaches Association.

Swinney just concluded his seventh full season as the Tigers head coach and he has posted a 75-27 record.   He led the Tigers to a 14-1 record in 2015, the most victories in school history and just the eighth team in FBS history to win 14 games in a season. Clemson finished the season ranked No. 2 in the AP and USA Today polls released on Tuesday after the Tigers lost to Alabama in the National Football Playoff Championship game 45-40 on Monday night.

Swinney led Clemson to an 8-0 record in the ACC and league championship game victory over an eighth-ranked North Carolina team.  The Tigers defeated sixth ranked Notre Dame in the regular season and fourth ranked Oklahoma in the Orange Bowl in the semifinal game of the College Football Playoff.

The Tigers had a school record 17-game winning streak entering Monday’s night’s game with Alabama and have won 37 in a row over unranked teams.  Clemson’s final No. 2 ranking is the second highest final ranking in school history.  Clemson was ranked No. 1 in the nation for all six weeks of the College Football Playoff Poll.