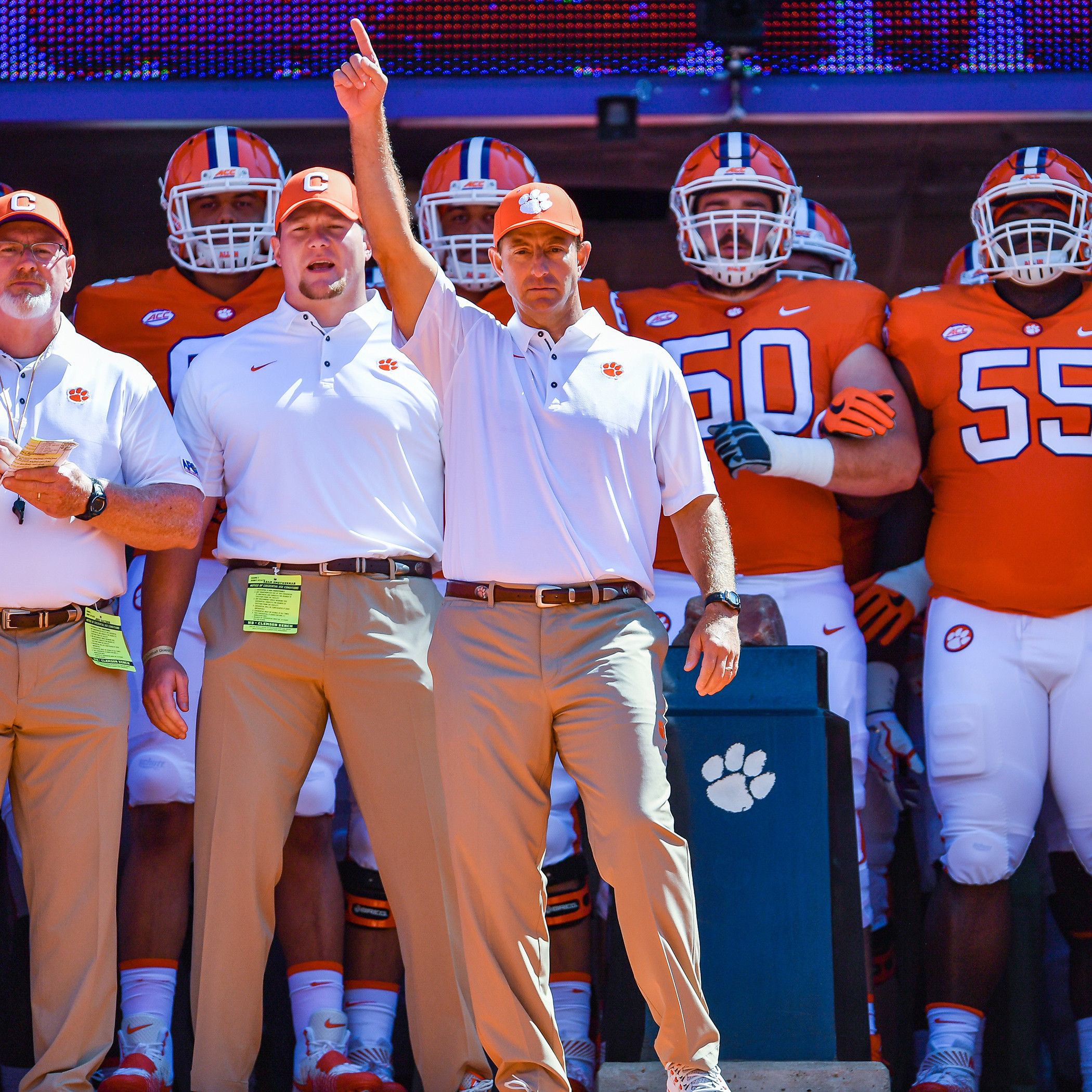 Swinney Semifinalist for Munger Coach of the Year

Clemson, S.C.—Clemson Head Coach Dabo Swinney is one of 16 semifinalists for the George Munger Collegiate Coach of the Year. The announcement was made by the Maxwell Football Club of Philadelphia, who has presented the award since 1989.

Swinney won the award in 2015 when he took the Tigers to the National Championship game against Alabama. He was a finalist last year.

Swinney has guided the Tigers to a 9-1 record so far this season and a No. 2 ranking in the College Football Playoff Poll.   The Tigers are the only team in the nation with four wins over AP top 25 teams (rank entering the game), including three on the road, also a national best. Clemson also has a national best six wins over FBS teams with a winning record.

The Tigers face The Citadel on Saturday before ending the regular season at South Carolina on November 25.   Clemson then takes on No. 3 Miami in the ACC Championship game on December 2 in Charlotte.