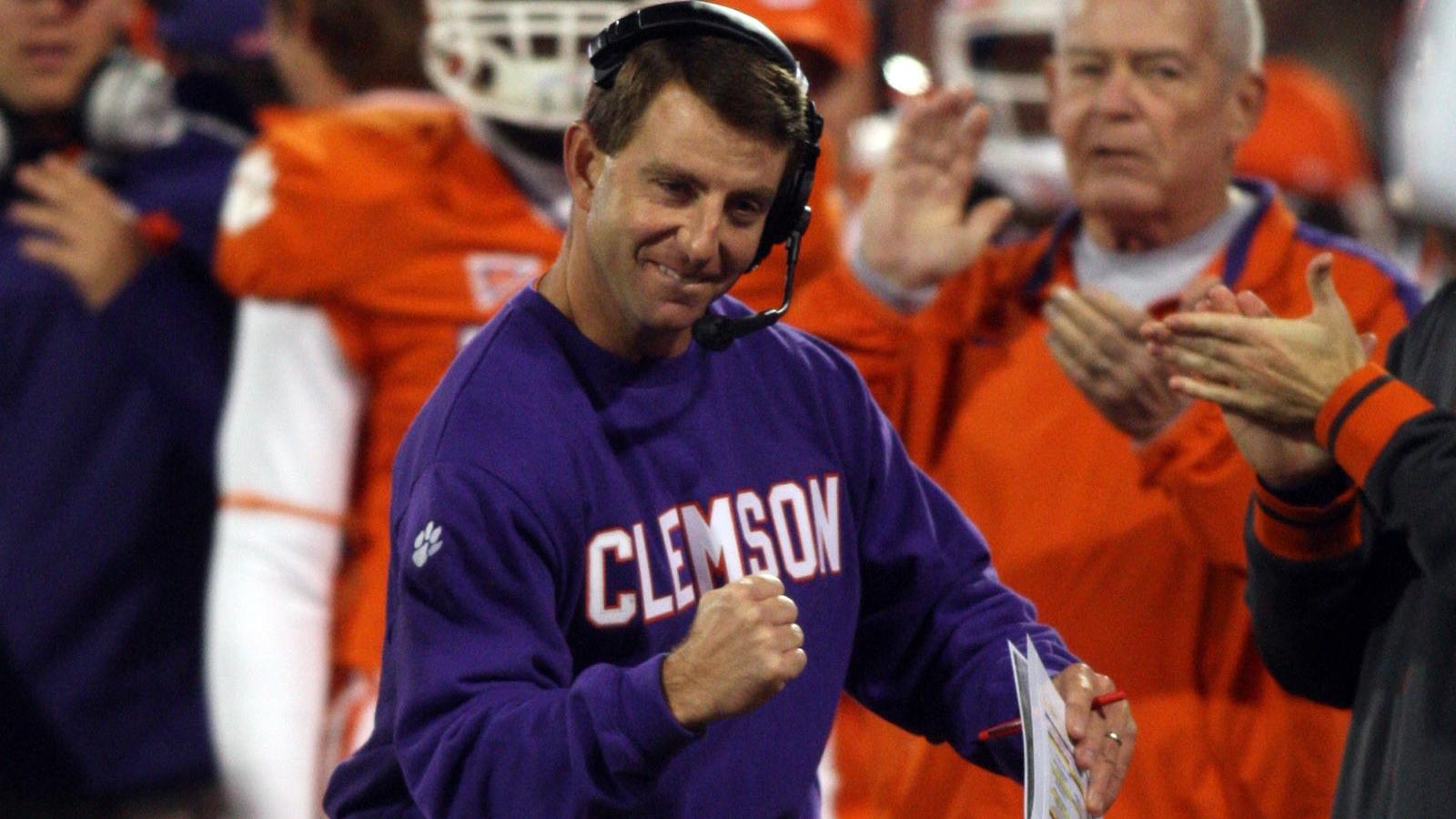 Swinney Semifinalist for Maxwell Football Club Coach of the Year

CLEMSON, SC – Clemson head Coach Dabo Swinney has been named one of 16 semifinalists for National Coach of the Year by the Maxwell Football Club of Pennsylvania. Club President Ron Jaworski made the announcement. Swinney is the only ACC coach on the list.

Swinney has guided Clemson to a 10-2 record this year, a #14 ranking in the latest BCS poll and a #14 ranking in the USA Today Coaches poll. The Tigers had a 7-1 record in the ACC, tying for the Atlantic Division title. It is the third time in the last four years Clemson has won the Division. Clemson won seven consecutive games by at least 14 points at one point this year, a first in Clemson history.