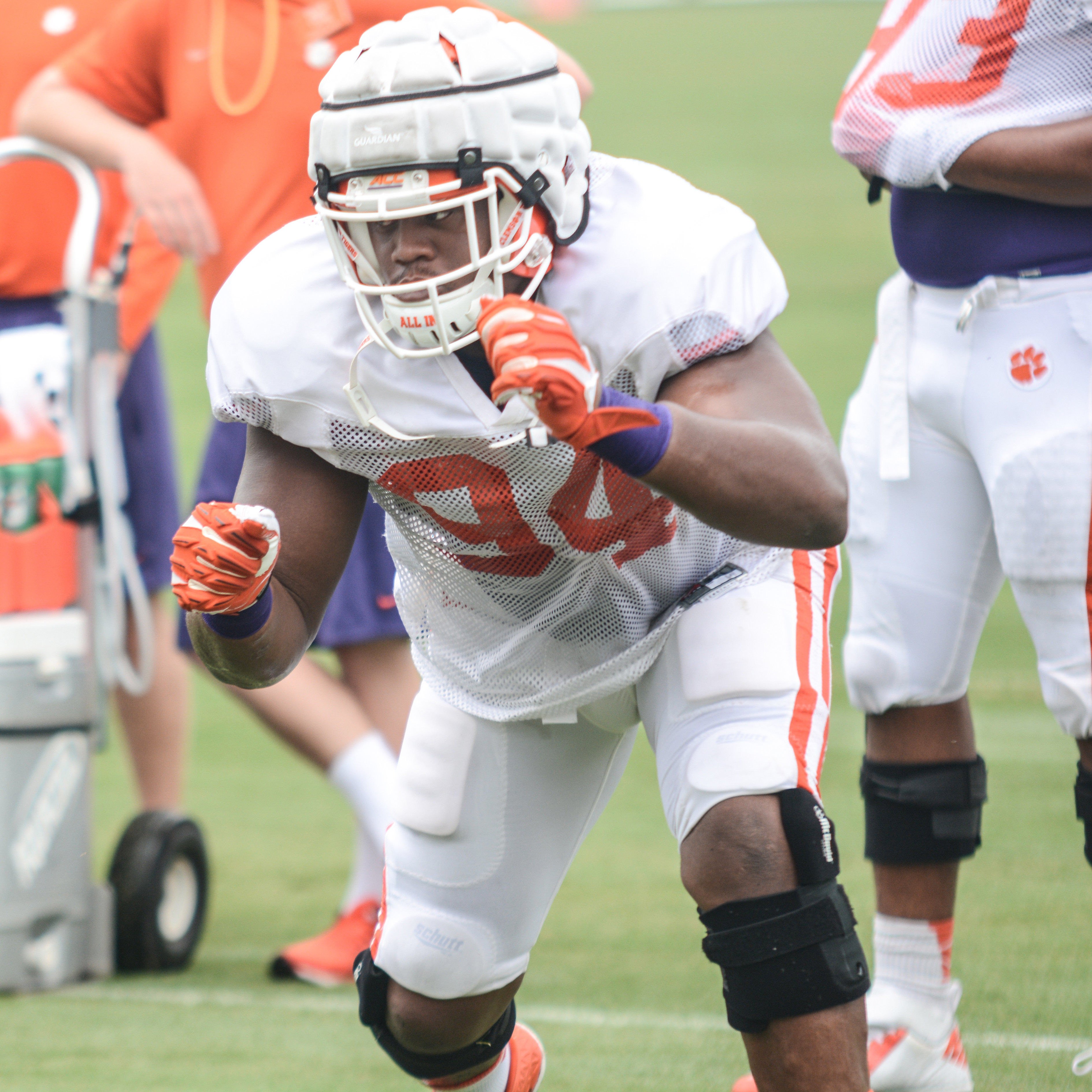 CLEMSON, S.C. — Head coach Dabo Swinney was back with the Clemson football team for the first time in four days following services in conjunction with the passing of his father on August 8. The Tigers worked in Memorial Stadium for two hours, including a situational scrimmage, the first of the preseason.

Swinney was glad to be back with his team after an emotional few days. “I want to thank all the fans, former players and administrators, and people connected with other schools for the emails, cards and messages. I got a lot of correspondence from South Carolina fans and administrators and it means a lot.” The University of South Carolina Athletic Department sent Swinney an arrangement that featured orange flowers. It is displayed on the front of his desk in his office at Memorial Stadium.

“You are never ready for something like that. I was able to spend a lot of qualify time with my dad over the summer because he lived with us for much of the time since May. He died peacefully (in Alabama), and we had a great celebration of his life yesterday.”

Swinney was back to work on Wednesday morning, something his dad would have wanted. “I am sure he has been saying that I need to get back to work and get that football team prepared,” said Swinney after practice.

His team had a situational scrimmage on Wednesday morning that featured plays run on third-and-long, fourth-and-short, third-and three, just about every situation you can think of. “This was our version of our first preseason game. We can’t play other teams in the preseason like the NFL does. We try to simulate it as much as possible.

“I saw a lot of good things out there today on both sides of the ball. But there were mistakes, also.  We had too many fumbles on offense and allowed a big play here and there on defense. It was a good practice overall.”

Defensively, Dorian O’Daniel and Chad Smith were among the players who stood out with two tackles for loss and five tackles apiece. O’Daniel also caused a fumble. Carlos Watkins and Richard Yeargin had a pair of sacks. It should be pointed out that the defense could not tackle the quarterbacks, so it was easier to record sacks via a simple touch of the jersey.

One of the players Swinney commented on after practice was Travis Blanks, a redshirt junior who is returning after a pair of ACL injuries. He has been running with the first team. “Having Travis Blanks back means we have an experienced, knowledgeable football player. He is a guy who is always in the correct position, and is a player who has the respect of his teammates. He has outstanding ball skills.”

Swinney also said the battle for the placekicking job continues. “It has gone back and forth, but today Greg Huegel was the first one out there.  He is a little ahead right now, but it is an ongoing competition.” Huegel made his only kick during the scrimmage from 43 yards out.

Swinney reported that three players suffered injuries in the practice. Wide receiver Mike Williams injured a hamstring, linebacker Korrin Wiggins a knee and offensive lineman Daniel Stone an ankle. The extent of the injuries was not known immediately after practice.