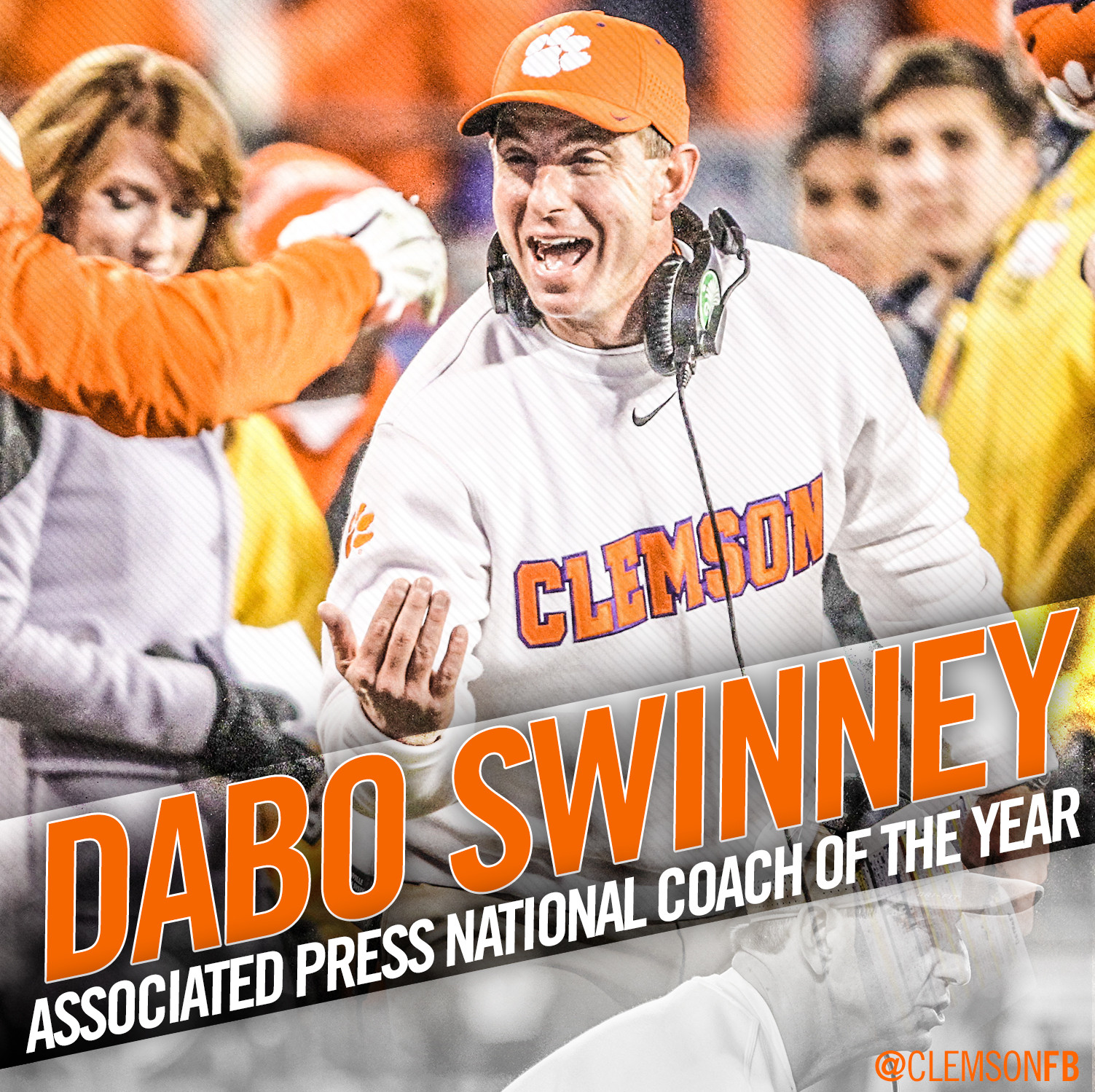 Clemson, S.C.—Dabo Swinney has been named the National Coach of the Year by the Associated Press.  It is he fourth organization that has named Swinney as the top coach in the nation. Earlier this month he was named by Walter Camp Foundation, Sporting News and Home Depot (ESPN).

Swinney is the first Clemson coach to win the National Coach of the Year Award by Associated Press.  The organization has given the award since 1998.

“I am very honored to receive the AP National Coach of the Year award,” said Swinney. “Football is a great team sport and any individual honor is a result of having a great group of players and staff.  I am blessed to have student-athletes and coaches that believe in what we do.  This award is a reflection of their hard work and commitment.”

Clemson has a perfect 13-0 record under Swinney this year and has held the nation’s No. 1 ranking for each of the six polls of the College Football Playoff Committee.  The Tigers were ranked No. 1 for the last five weeks of the season by the Associated Press and the last four weeks by USA Today.  Clemson is the only undefeated team in the nation entering the bowl season.

Clemson won the ACC Championship with a 45-37 win over North Carolina on December 5 to clinch the No. 1 seed in the College Football Playoff.  The Tigers will  face Oklahoma on December 31 in the Capital One Orange Bowl.

Swinney has led Clemson to a school record 16 consecutive wins over the last two years, the longest active winning streak in the nation by six games.   Four of Clemson’s wins have come over teams with at least 10 wins entering the bowl season, most in the nation.   Clemson was the only team in the nation with three wins over teams that finished in the top 10 of the College Football Playoff poll.