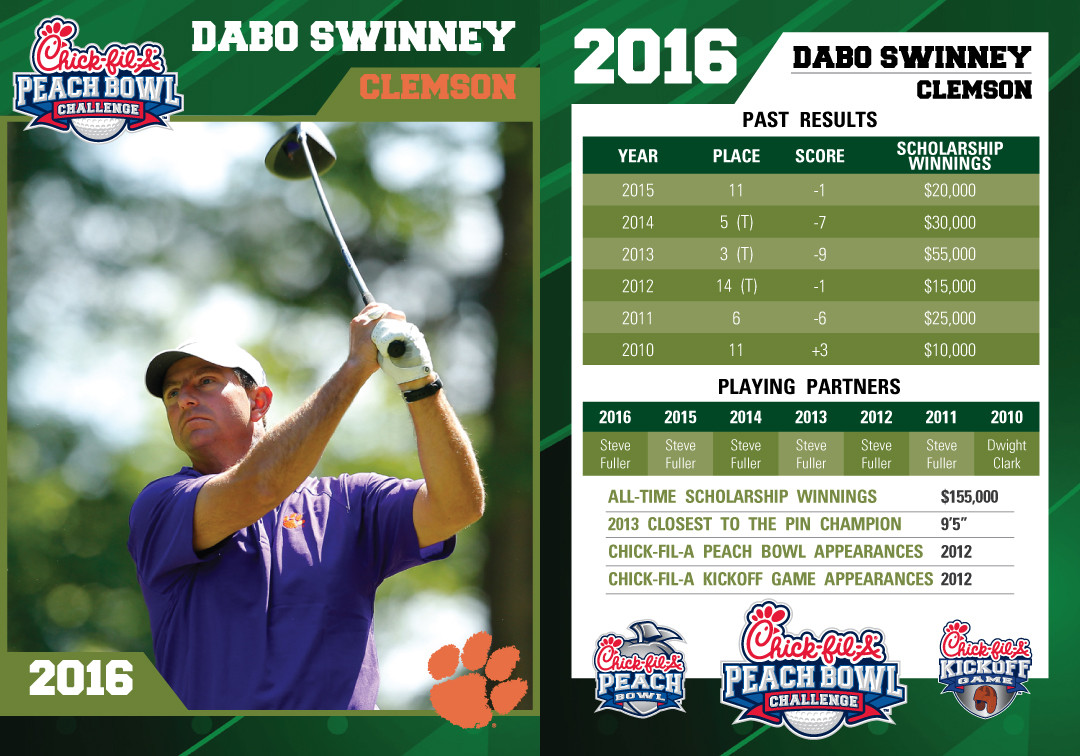 ATLANTA – The Chick-fil-A Peach Bowl Challenge today announced the official pairings for its 10th annual charity golf tournament. A 13-team field of NCAA head coaches and celebrity alumni will compete for a first-place prize of $100,000 in scholarship and charity. All participating teams will receive a portion of the $540,000 total purse.

“We created this event to help fulfill our mission to positively impact people’s lives through best-in-class events that create scholarships and charitable donations,” said Gary Stokan, president and CEO of Peach Bowl, Inc.

Over the past nine years, the Chick-fil-A Peach Bowl Challenge has provided $5.3 million in scholarship and charity. Proceeds from the event benefit endowed scholarships at the participating universities and charitable foundations selected by the coaches, benefitting a wide range of organizations throughout the Southeast and the nation.

Competing teams will play a two-man scramble format over 18 holes using confirmed handicap adjustments. Schools will be paired for a shotgun start on the first nine holes and then re-paired, based on scores, and the round will continue with consecutive tee times for the second nine holes.

The nation’s premier head coach and celebrity golf event will be held May 1-3 at the Reynolds Lake Oconee resort outside Atlanta. The tournament will be broadcast on ESPNU in August and December. Specific air dates will be announced this summer.

For more information on the event, visit Chick-fil-APeachBowlChallenge.com.