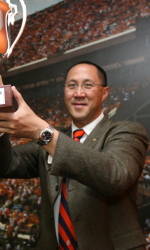 Clemson, SC – The Clemson Swimming and Diving Team held their annual awards banquet on Saturday evening, highlighting moments from the 2007-08 season. The men’s team finished at 12-2 (6-2 ACC), second most dual meet wins in Clemson history. The Lady Tigers closed out the season with an 8-7 (3-5 ACC) record.

Michelle Parkhurst was named the team’s MVP on the women’s side for the second consecutive season. Parkhurst was the ACC Champion in the 100 back, 200 back, and 200 free, in addition to anchoring the 200 free relay. She set two new individual ACC records and one with the relay on her way to being named the Most Valuable Swimmer of the Meet by the ACC Coaches.

The Vienna, Va. native was also awarded the Most Inspiration Performance award for her lead-off leg of the 800 free relay, during which she set and ACC record in the 200 free (1:44.74). She also earned the Coaches Award recognizing her excellence in the pool and her 4.0 GPR during the fall semester.

Senior Adam Farnham was named MVP for the men in only his second year with the program. He medaled in the 100 free, putting in a 44.01, second-best in Tiger history, to finish third. Farnham will leave Clemson ranked in the top 10 in the 50 free, 100 free, 100 fly, 200 fly, 200 free relay, and 400 free relay. The Chemistry major was also awarded the Coaches Award for his excellence in the classroom and his results in the pool.

Andy Bergren was honored with the Most Inspiration Performance award for his 100 breast at the ACC championships, where he finished fifth. His 55.12 was a new Clemson record.

Sophomore Carmen Groenewoud and Graduate Bryce Herringotn were named the most improved. Groenewoud scored in three vents at the ACC Championships and swam the 8th fastest 200 IM in Clemson history.

Herrington moved into 8th in the 200 free and will leave as a school record-holder as part of the 800 free relay and 400 free relay, all achieved in his final meet at the ACC Championships.

Several Tigers were honored for the Academic Achievements as well, including Rachel Regone and Parkhurst, who were named Academic All-Americans. The women’s team was also awarded with the President’s Cup for their Academic Achievements, Community Service Contributions, and Athletic Performance. 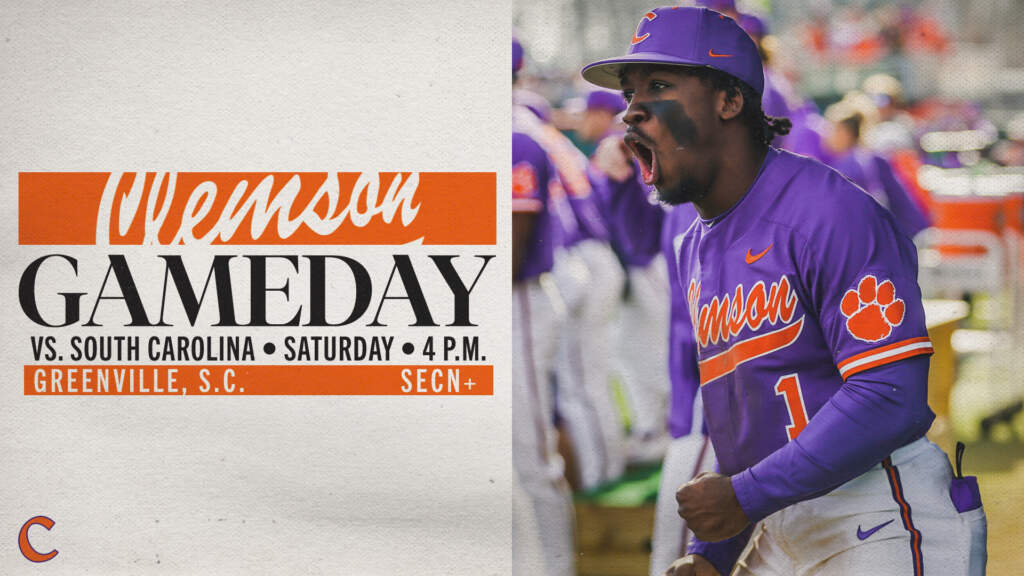