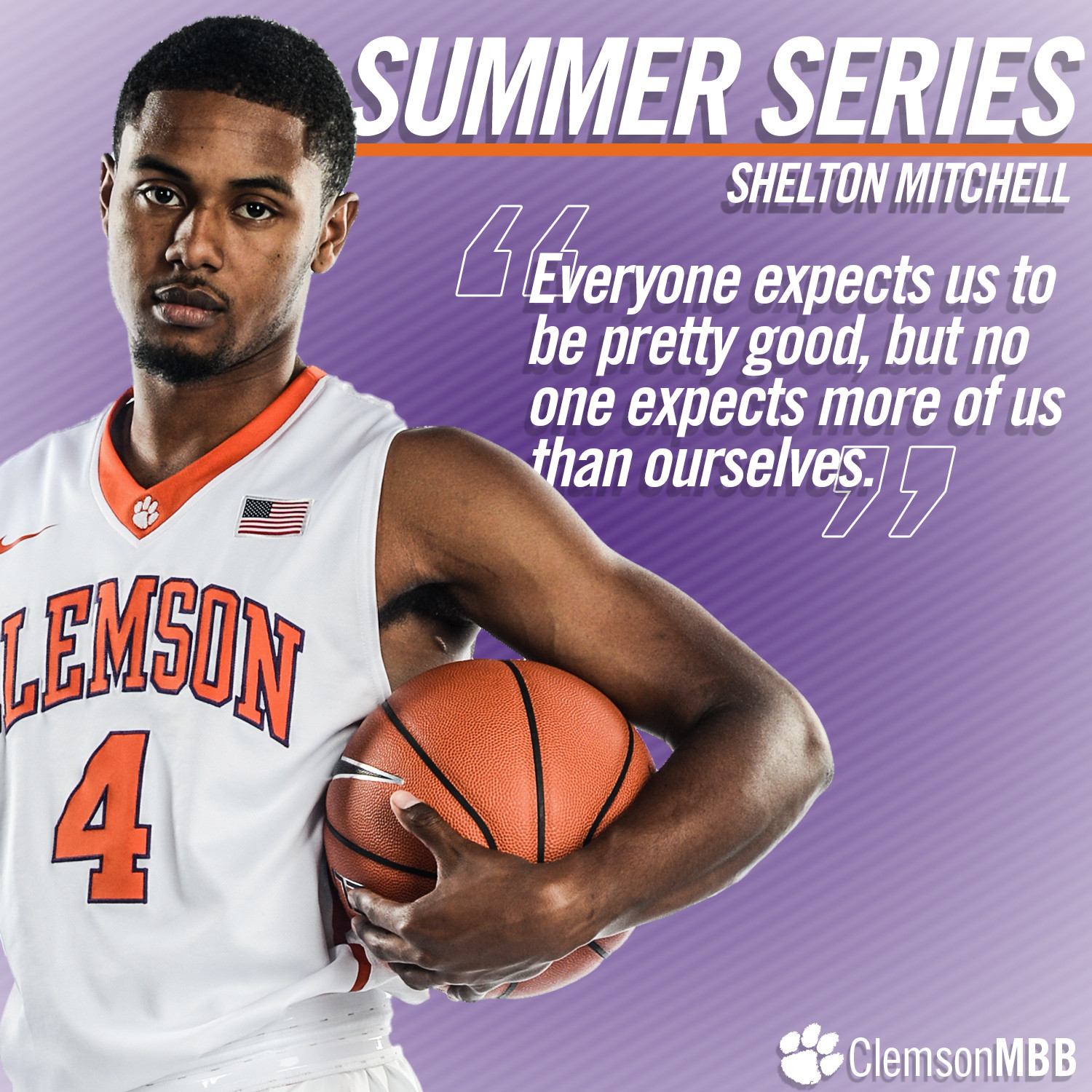 Note: The following is the first in a series of articles looking at the offseason focus for Clemson men’s basketball players.

To say Brad Brownell and his coaches are foaming at the mouth to get redshirt sophomore Shelton Mitchell in a Clemson uniform for the first time this season would be an understatement.

The 6-3 point guard out of North Carolina played his freshman season at Vanderbilt in 2014-15, splitting time with a future first-round draft pick, Wade Baldwin. He dished out over 100 assists as a rookie playing in a Power Five conference.

His ability to pass the basketball has always stood out.

“Shelton has a great feel for the game,” Brownell said. “He plays at a good pace and plays with his head up.”

Mitchell worked extensively during his transfer season with former assistant Richie Riley before he took the head coaching position at Nicholls State in April. In Riley’s place, Brownell turned to a trusted friend and former operations director at Clemson, Dick Bender, who has taken the lead working out the Tiger point guards since joining the staff as an assistant coach.

Bender said the staff has continued to work with Mitchell on his shooting ability.

“He’s determined to improve his shot,” Bender said. “He doesn’t want that to be a weak part of his game. We’ve worked a lot on shooting behind ball screens. Guards will go underneath screens on him, because he can get into the paint. He’ll have to make shots to keep the defenses honest.”

Mitchell spends a lot of time — beyond individual workouts allowed with the coaches — on getting repetitions with his shot. His goal is to make 300 every day. In one recent workout, he shot over 80 percent in drills, the top mark on the team that particular day.

“The biggest difference in me right now versus a year ago is that I’m a more consistent shooter and my confidence is higher,” Mitchell said. “The ball comes off my hand a little quicker, which is just a matter of me getting reps.”

Mitchell has also worked on expanding his game outside of Clemson. He took a trip to his home state last week for the CP3 Elite Guard Camp, run by former Wake Forest star and current NBA standout Chris Paul.

Paul and Oklahoma City Thunder guard Victor Oladipo worked with Mitchell and 11 other guards from across the country — including the likes of Oklahoma State’s Jawun Evans, Ohio State’s JaQuan Lyle and Kentucky’s Malik Monk — last week in Paul’s hometown of Winston-Salem.

Mitchell said it was a worthwhile experience.

“The focus was not about how fast you move, but how smart you think the game,” he said. “They want us to see the game in slow motion. I do feel that’s one of my best strengths, so the CP3 camp was good for me.”

While Mitchell’s game is best suited for open floor play, the coaches continue to work with him on the nuances of the half court game.

“He’s at his best when he can push it and make decisions,” Bender said. “We’re trying to enhance that at the half court level. If he has the combination of pushing the ball, finding guys and doing it in the half court when the game slows, then you’ve got a really good player.”

And a really good team, potentially. Mitchell, like many, shares an optimistic view of Clemson’s chances on the hardwood in 2016-17.

“We all believe we can have a really good year,” he said. “Everyone expects us to be pretty good, but no one expects more of us than ourselves. I think we can be one of the best teams in the ACC.”

Mitchell’s play could go a long way in the Tigers meeting those expectations.