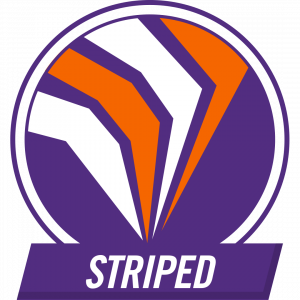 STRIPED is P.A.W. Journey’s Personal Growth pillar. Tigers are not born; tigers are made. Becoming a Tiger is about building character, facing adversity, becoming better and ultimately stronger. Personal growth is the continuous effort to become the best you. STRIPED is the process we utilize to inspire our student-athletes towards maturity. The Tiger is known by its stripes. Each stripe represents a lesson learned, a victory earned, or a battle fought.

CHARACTER: earned by Tigers whose actions honor our standard

FIELD/WEIGHT ROOM: earned by Tigers who grow/dominate during game time

COMMUNITY: earned by Tigers who voluntarily serve in their community

MAN: earned by Tigers who demonstrate growth on their journey to manhood

LEADERSHIP: earned by Tigers who show leadership on and off the field

P.A.W. Journey Ambassadors are comprised of leaders within the team that show their commitment to the development of others, as well as to themselves. During their monthly meetings, one Ambassador leads a facilitated discussion on the teams needs and new initiatives within Clemson Football. Ambassadors are representatives of P.A.W. Journey, demonstrating advanced understanding of maturity, service, professionalism, and leadership. 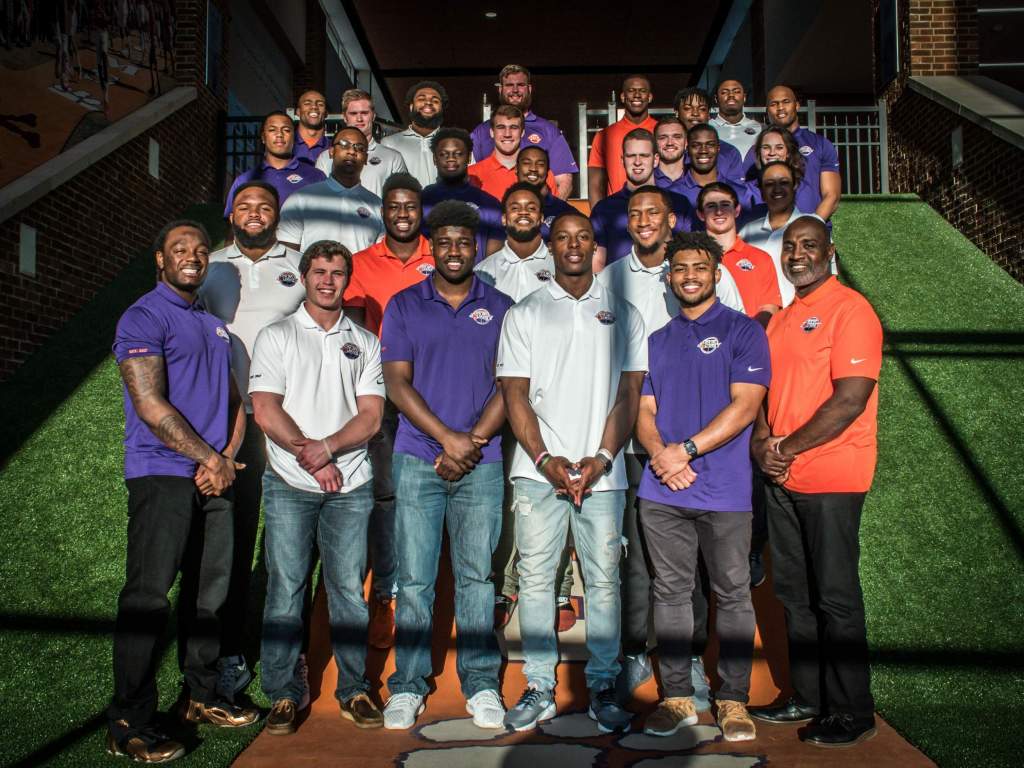 P.A.W. Journey hosts a yearly Player Symposium, a time set aside before Fall Camp to prepare our student-athletes for the upcoming season. This year included a values summit where each player was challenged to articulate their top individual values, as well as decide the team’s top values as a collective. The team also engaged in an appreciation for the learning process of any skill through the practicing and patience of juggling.

The P.A.T. Award began 5 years ago to celebrate young men who exemplify and personify manhood through leadership, ethics, demeanor, and community involvement.

The 2017 P.A.T. Man of the Year was Milan Richard. Milan graduated from Clemson University in December of 2017 with a degree in Communication Studies. Milan truly has a servant’s heart and his favorite service project thus far has been helping the young men and women of Golden Harvest Food Bank distribute groceries to families in need. Milan’s micro-internship with Adobe allowed him to cultivate his love for collaboration with others, while also giving him the opportunity to strengthen his own personal business skills. Milan leads by example daily and impacts everyone that he comes in contact with. 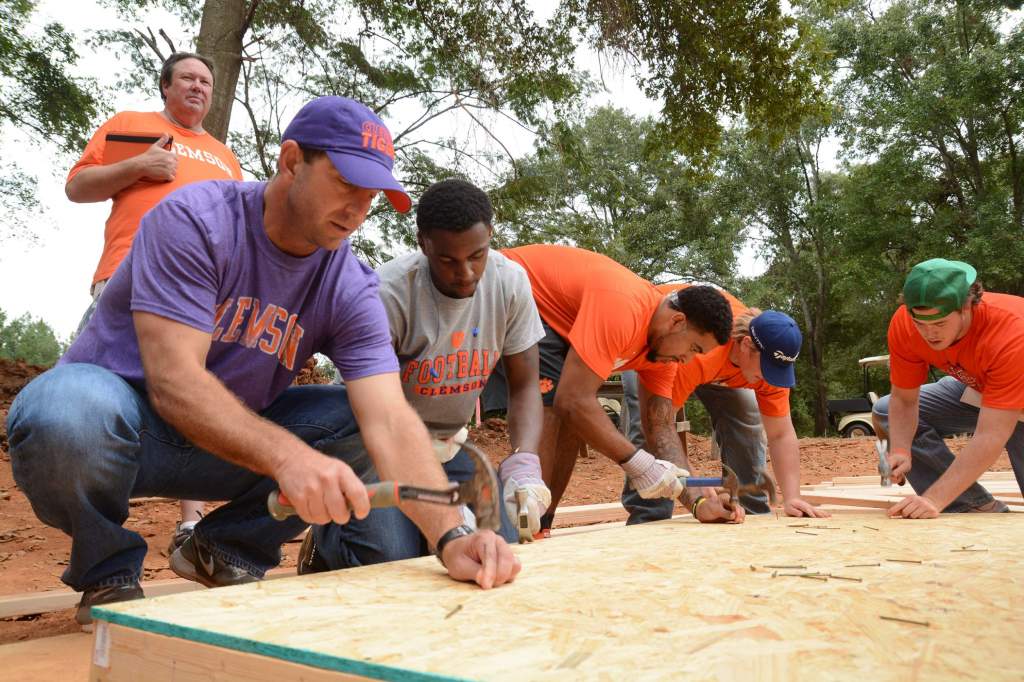 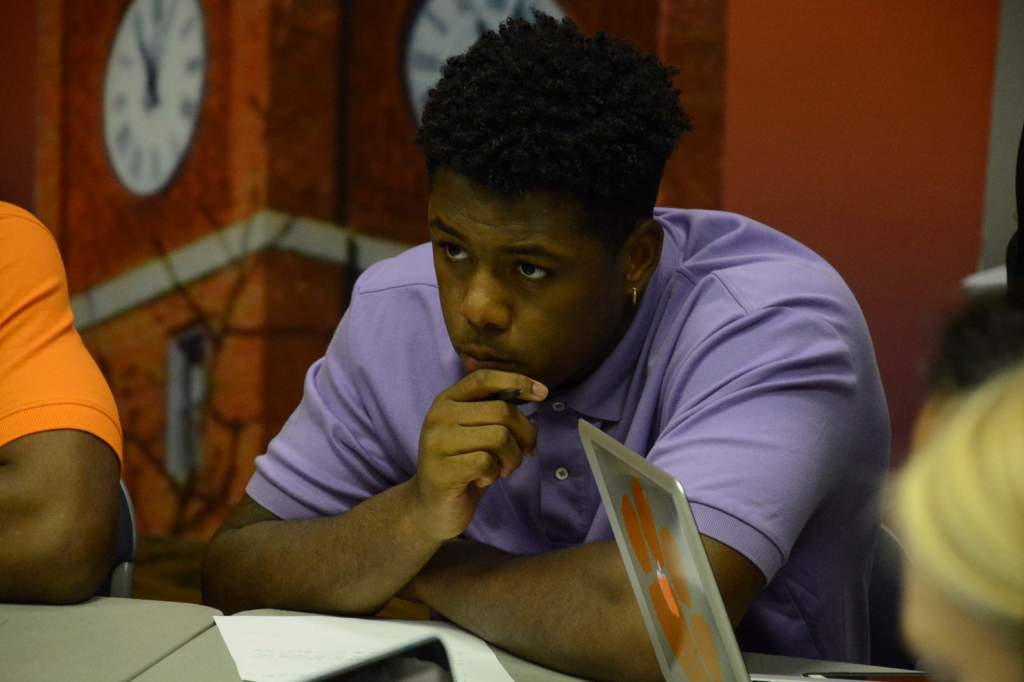 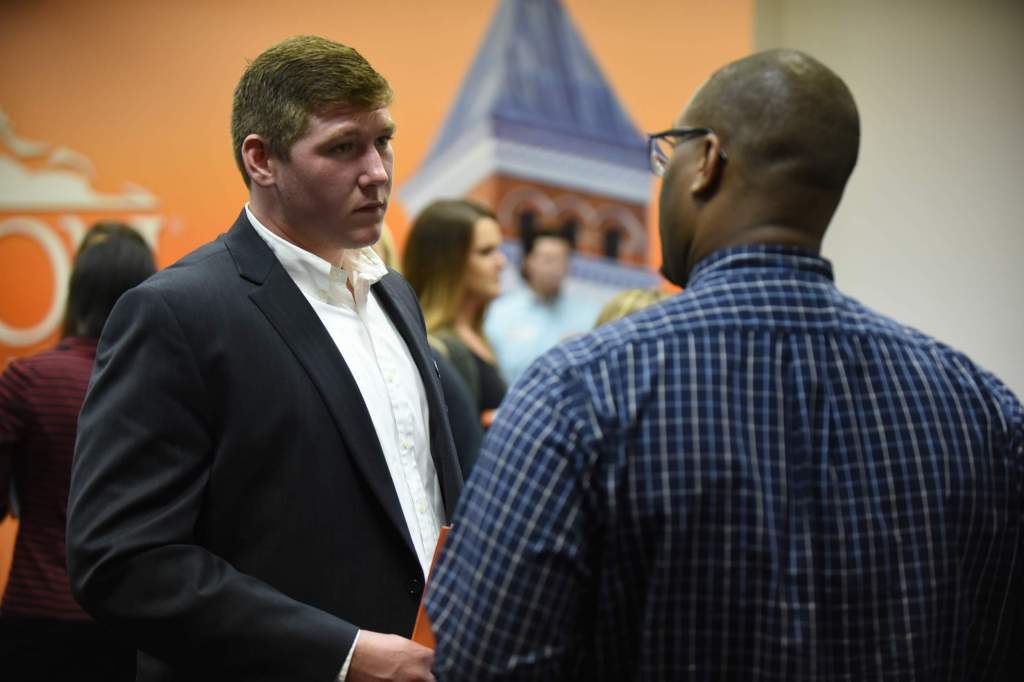 The Brian Dawkins Lifetime Achievement Award was established in 2013, in order to recognize men who exemplify the characteristics of greatness both on and off the field. Coach Swinney said, “Brian Dawkins epitomizes everything you strive to be on and off the field when it comes to being a Clemson football player. He is the ultimate professional and has represented this university with distinction in every way. He has set a standard of excellence in every way.”

Jeff Davis, was selected as the 5th recipient of this award and was recognized on the field during the homecoming game on October 7th. On February 4, 2018, it was announced that Dawkins was voted into the Pro Football Hall of Fame and was one of five players selected, and on August 4th, he was officially inducted.

This passed Fall semester, P.A.W. Journey hosted an event to honor and celebrate our 23 Seniors that graduated in the year of 2017. This event allowed our young men to feel how proud we are of them, not only as players, but as intelligent leaders who have the skills to win in all areas of life.