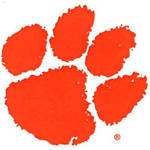 With the win, the Billikens improve to 5-4 overall, while Clemson falls to 2-6-1 this season. The loss broke a two-game winning streak by the Tigers.

Johnston scored at the 91:57 mark. Stephen Bortolon served the ball from the left side. Johnston headed the ball into the netting for his first goal of the season.

This was the ninth meeting between Clemson and St. Louis. The series is now tied 4-4-1. The series started in 1974.

Clemson will play at Boston College on Friday, October 9, in the Tigers’ next action.