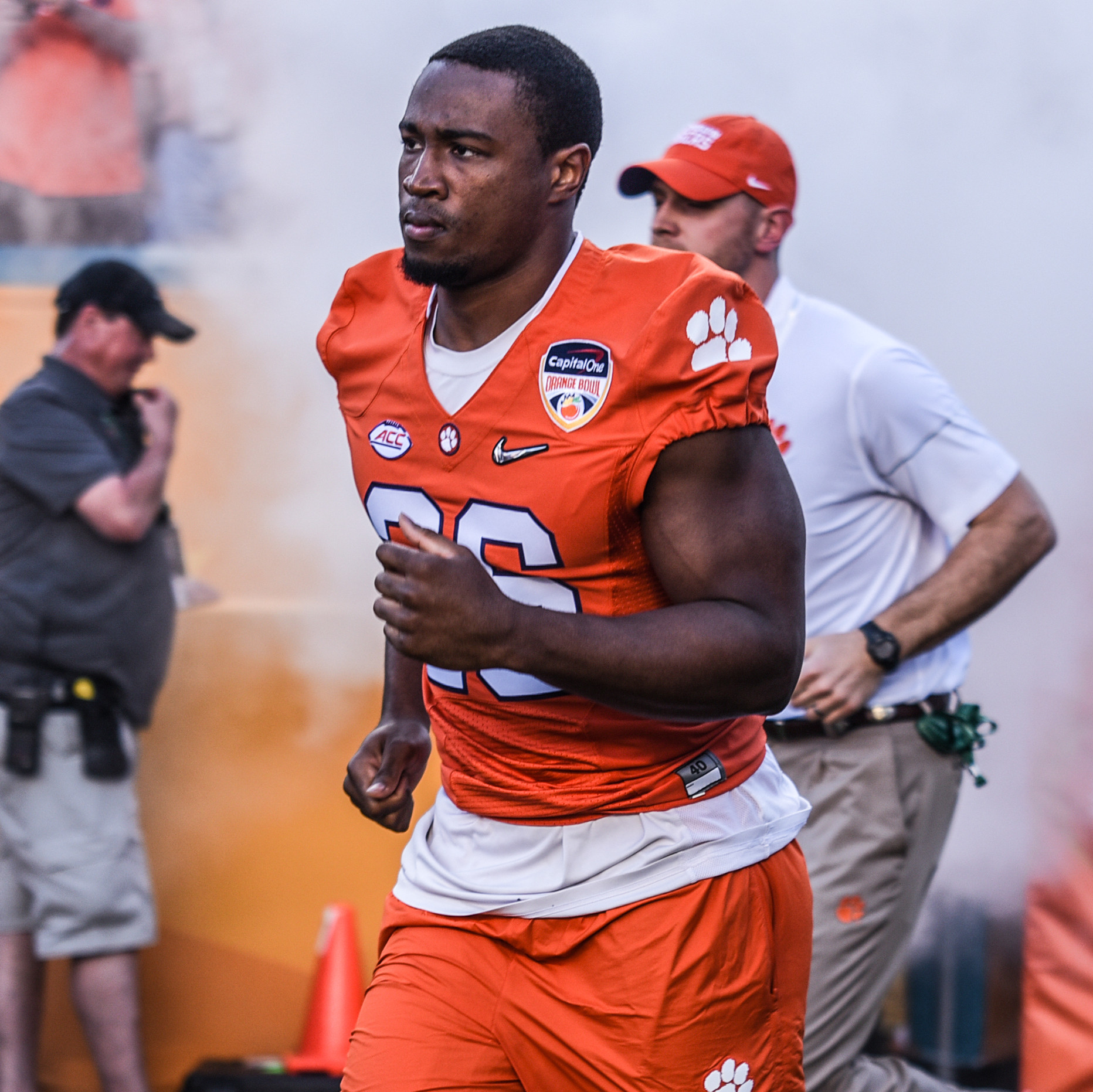 As a cool spring breeze crossed the practice field, many players didn’t seem to notice. However, one running back did. Redshirt sophomore Adam Choice wasn’t taking anything for granted.

This spring is Choice’s first time back after suffering a season-ending knee injury in 2014.

“It was devastating,” Choice said. “I had a season ending injury my senior year (of high school) as well. Being hurt two years in a row was very tough; especially when I began getting more playing time.

“But as time went along it all made sense to me, and I am very appreciative of what happened to me.”

Choice was part of a large rotation of running backs to see action in 2014, and he produced well in six appearances for the Tigers, rushing for 218 yards and a touchdown. He had 46 receiving yards in a game at No. 1 Florida State and 61 rushing yards against a stout Louisville defense, turning heads as a short but powerful member of the Clemson backfield.

After suffering a knee injury at Boston College midway through his freshman season, Choice decided to redshirt the 2015  campaign to allow himself proper recovery time. As he sat on the sidelines, he watched his teammates chase a National Championship, falling just short in the final against Alabama in January.

“It was tough, but it’s about doing what you can to help the team,” Choice admitted. “It was key for me to realize. I wanted a piece of the action, especially towards the end of the season; the ACC Championship and beyond. It was tough to watch, but I enjoyed being out there with them.“

Choice took the task of doing anything to help his teammates literally and came up with his own secret lucky tradition.

“I would stand on the sideline and I believe I had a good luck spot, standing on the bench, so I was helping as much as I could. Sometimes I would have to rearrange myself on the bench if something wasn’t working,” he said with a laugh.

Being on the sidelines allowed Choice to pick up new skills to enhance his game.

“I learned about defensive schemes and picked up on specific tendencies that teams would do to give plays away. I learned tips on pass protection; it was all little stuff I was trying to put together. I wanted to improve myself and my knowledge of the game.”

Thanks to his father, Choice knew that giving attention to the little stuff would pay off in the long run.

“My dad always told me ‘Little Things lead to Big Things.’ If you can get the little things down, then you can make a difference.”

The little things Choice worked on in his redshirt year have a chance to shine this spring, as he competes with his fellow backs for a spot in the rotation. Choice is not naïve about the grind that comes with earning the top spot.

“Anyone can go in at any different time, so the competition is tough,” he said. “You’ve got Wayne (Gallman), who just broke a school record for rushing yards in a season,” he said. “Then you have Tyshon (Dye), who is a beast; C.J. (Fuller) can do it all. It is some steep competition, but we are enjoying it and having fun.”

Choice has his own way of pursuing a starting position.

“For now, I want to compete and get back to where I was physically before my injury. I am giving it all that I can every day.”

However, no matter who gets to start on Saturdays, Choice is excited to be back with his brothers.

“We have a great group of guys. We are all fun and enjoy having a good time. It is a pleasure to be around them; it takes your mind off of everything. We love the game, so any time we can do it with our friends it’s even more exciting.”