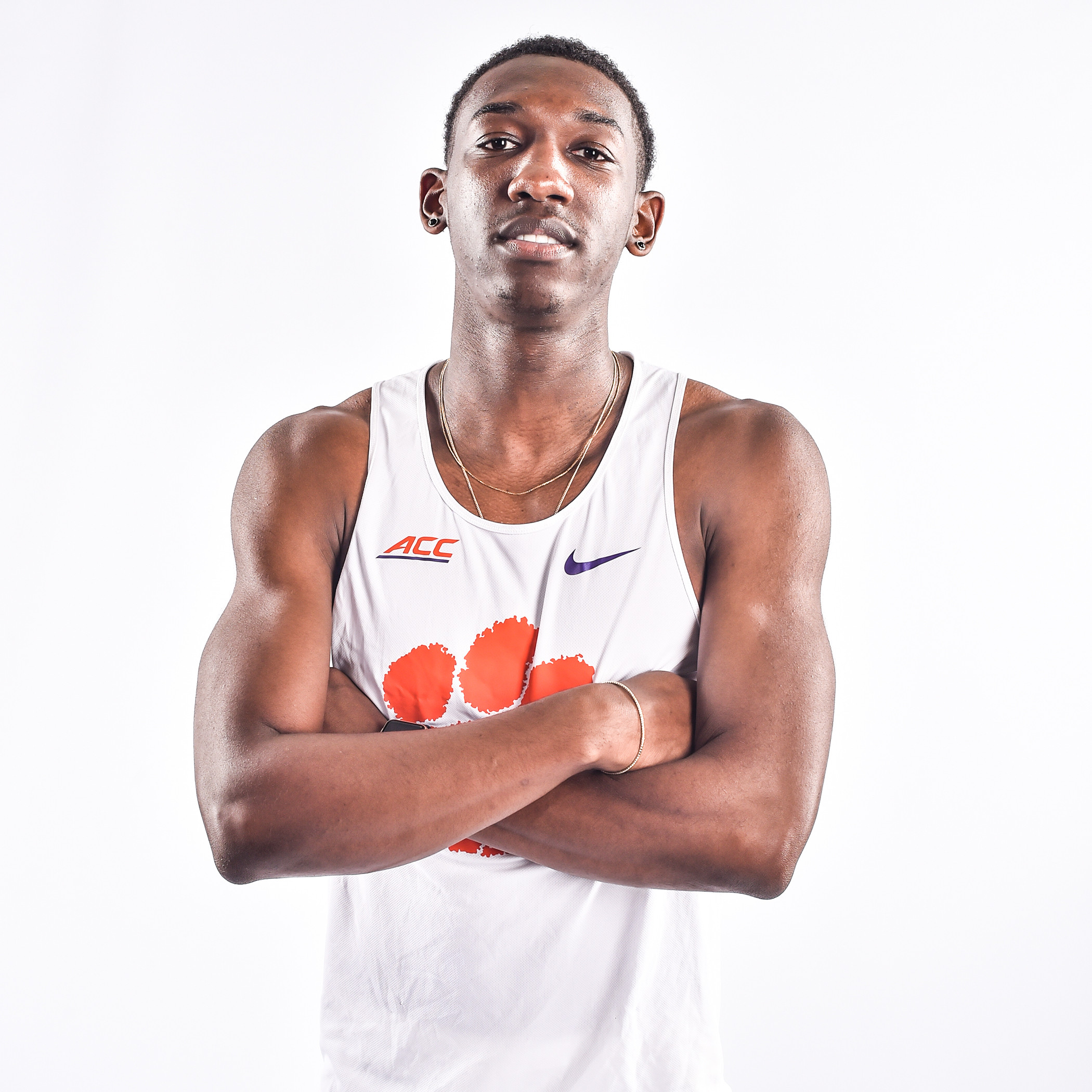 Green progressed over the offseason and throughout the duration of his sophomore indoor season, ultimately leading to his breakthrough performance at the 2016 ACC Indoor Championships. He was the top Tiger in Clemson’s sweep of the podium in the 400m, claiming his first college individual gold medal.

He once again anchored the 4x400m relay to a first-place finish, giving Clemson four gold medals in the event in the last six years. Green’s two gold medals fueled Clemson’s best team finish since 2007, as the men took second overall in the championship meet, just 11.5 points out of first place.

Coming off his best year yet, Green’s outdoor success was not going to come easy as he battled through ankle and hamstring injuries to once again lead the 4x400m relay team to remarkable successes at the national level.

Despite the success, Green remains humble, acknowledging that he was still learning in his first two seasons as a Tiger, not only when competing and running, but also when taking care of his body. Dealing with hamstring and ankle issues throughout his first two seasons, Green’s confidence and focus has never wavered. He has taken in the perspectives given to him by his family and coaches, and views his time rehabbing as an opportunity rather than a disadvantage.

“Freshman and sophomore year, you’re still learning,” explained Green. “Now I know what I need to do to be successful and stay healthy throughout the season.

“I’m in a great place right now. I’m going into surgery, and that should take care of the problems I’ve been dealing with. Now I can emphasize on some of the things I wouldn’t necessarily be able to emphasize on as much when I’m healthy. I’m working on my form while I’m in the pool, strengthening my core, working on breathing and focusing on some of the smaller things that will help me once I’m 100 percent.”

Clemson returns the majority of its talent for the 2017 season and is built for the future with just four seniors on its roster. Now sidelined, Green has been a witness to the vast improvements returners have made during the offseason and the striking initial impressions by this year’s freshman class.

Entering his junior season as Clemson’s fifth-fastest student-athlete to ever compete in the indoor and outdoor 400m, Green is more excited than ever to continue his upward trend of accomplishments.

“We have a fresh new team. They’re all healthy and they’re doing well, so that’s motivated me because I see them and I’m just like, ‘Dang, I want to be out there with them.’ So seeing what they’re doing has also helped keep me intact and focused on what I need to do.”