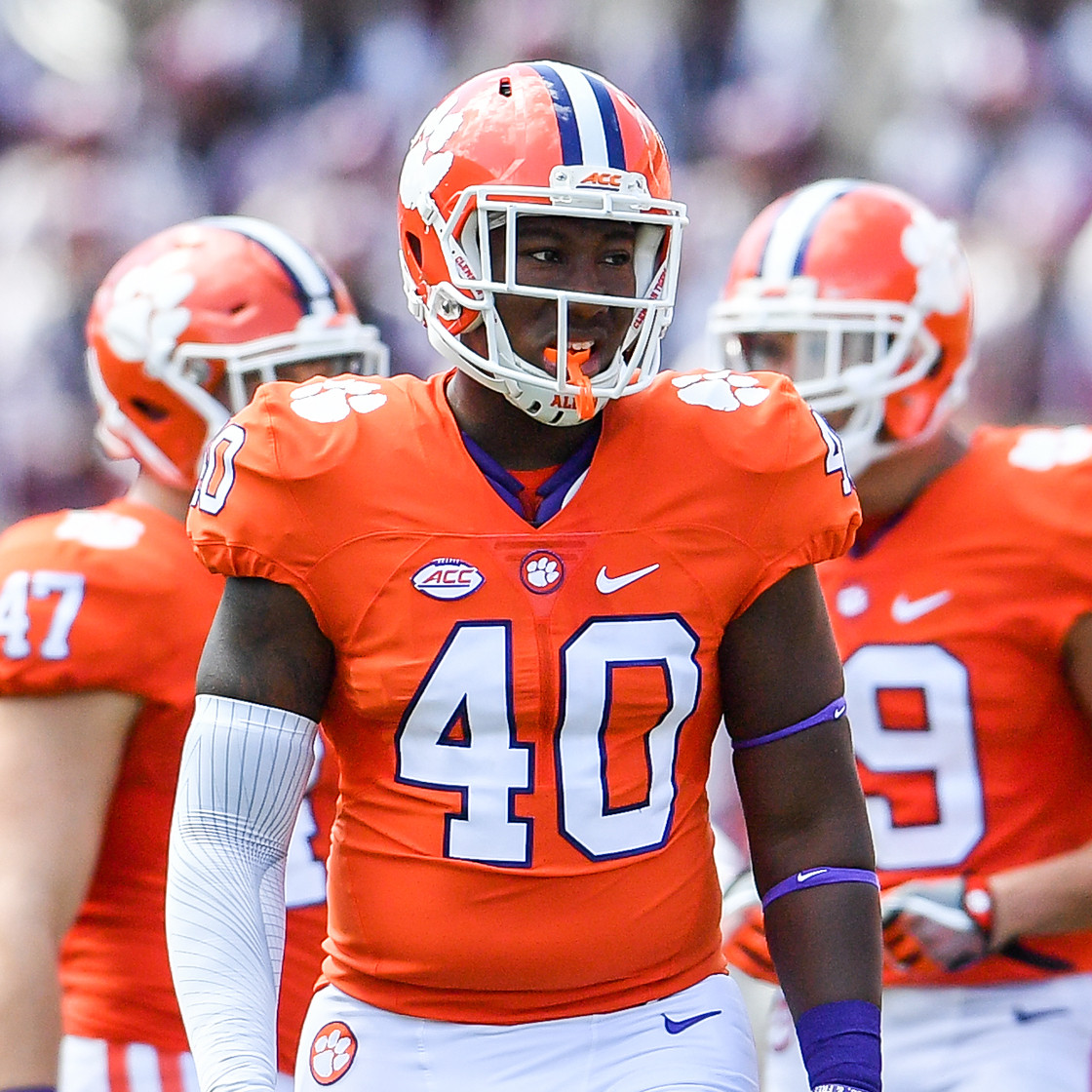 Defensive end Jaquarius Brice did not suit up for a regulation football game until his final year at Lancaster (S.C.) High School, but he caught on quickly enough to warrant an attempt at walking on for the Tigers as a sophomore.

Now a senior, Brice’s quick assimilation into the game clearly paid off, as he has garnered the chance to play alongside a bevy of special talent on the defensive line during his college tenure.

Brice smiled as he recalled his favorite learning experience as a member of the team.

“One specific move that I learned was Kevin Dodd’s swipe move. I tried to take that move and use it.”

Hoping to “help the team as much as possible” throughout the rest of the season, Brice will always have fond memories of his college football experience, specifically last season’s Orange Bowl.

“Going down to Miami and hanging with the guys…everything about that was pretty fun.”

A construction science & management major, Brice is considering enrolling in an architecture graduate program next year. Brice, who joined the team during the fall of the 2014 season, has greatly enjoyed being a part of such an illustrious stretch in Clemson football history.

Claiming that the family atmosphere associated with football was the ultimate incentive that sparked him to stick with football, Brice has enjoyed his time on the close-knit Tiger squad.

While Brice is a valued member of the scout team, constantly searching for ways in which he can help the team improve in some facet, he cannot help but grin when discussing his aspirations for in-game action.

“If they throw me in there, hey, that works.”

Regardless of his playing time, Brice has left a mark on the Clemson program with his upbeat, team-first attitude. As a result, he has proved to be a true Tiger through and through.