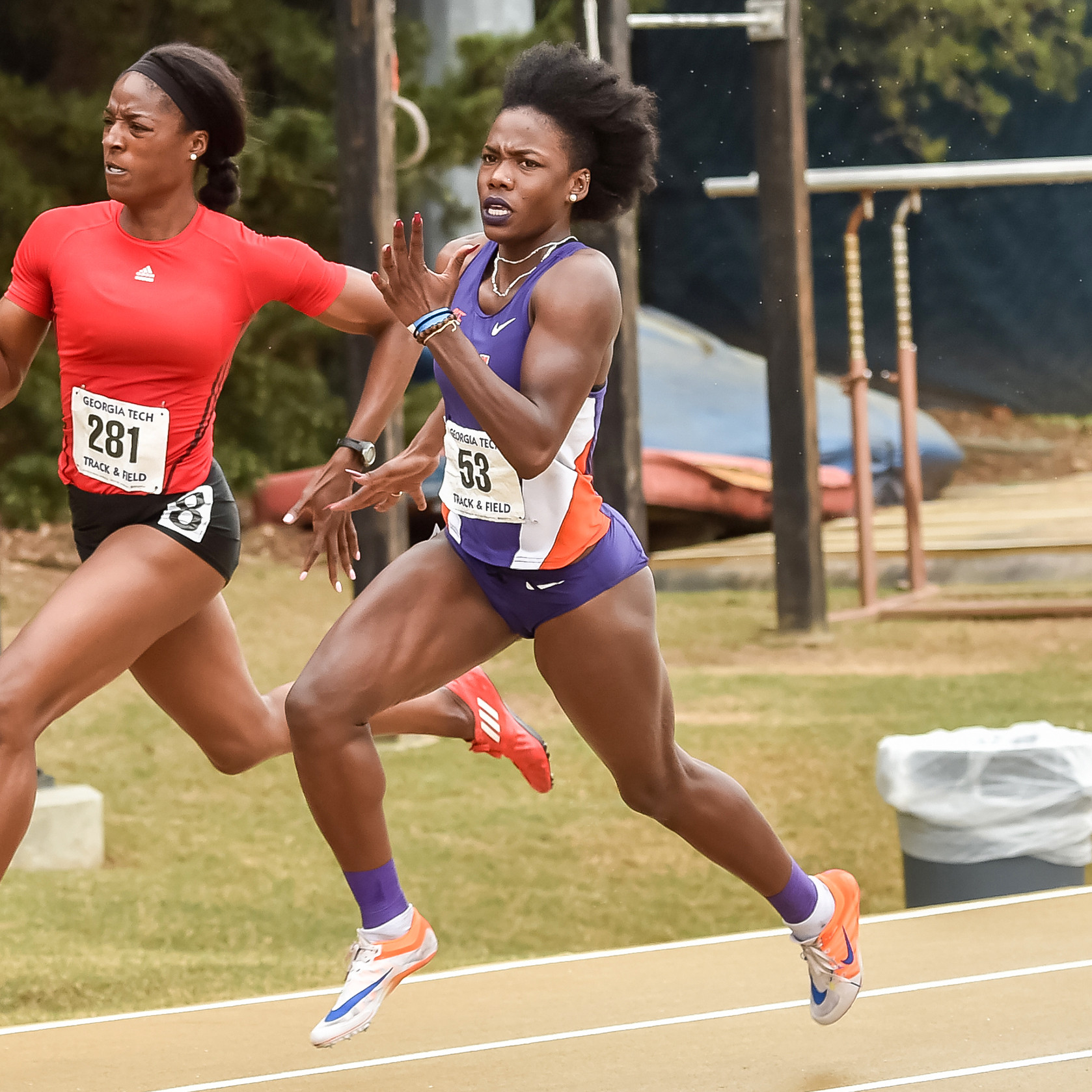 Deja Parrish never had to develop an interest in the sport of track & field. Her mother, Felecia Moore, a six-time All-American for Oklahoma from 1981-83, ingrained it in her from the time she first put Parrish on a track.

“My mother took me to practice when I was about seven years old,” recalled Parrish. “Most people love something they’re good at, and I have to admit that I love what I do.”

Parrish’s first exploits in the sport showed that she had what it took to be one of the top track athletes. She won two team championships in Florida at the Junior Olympic level when she was 12 and 13.

Success followed on the high school level. As one of the Sunshine State’s top sprinters, Parrish earned several invitations to some of the best high school meets in the country, and even some outside of the continental United States.

Florida’s state champion in the 400m as a junior, Parrish began to make colleges take notice of her budding talent.

“My top five came down to Arizona State, Clemson, LSU, Tennessee and UCLA,” she said. “The final two were UCLA and Clemson. I always was obsessed with California and its beaches, even though I was from Florida. But the biggest thing with Clemson was the coaching staff. I love coach (Mark) Elliott, ‘A.T.’ (Althea Thomas) and coach (Marvin) Gibson. I really felt like they believed in my talents and that I could take it to the next level.”

It did not hurt that one of Parrish’s good friends, sprinter Jeffrey Green of Miami, Fla., had already committed to the Tigers. Green convinced Parrish that Clemson’s struggles in 2014, Elliott’s first season in Tigertown, would be short-lived.

It turned out Green was right. In 2015, Parrish’s freshman season, the Tigers swept the ACC indoor and outdoor titles. Parrish was a big part of Clemson’s turnaround, earning gold medals with the indoor 4x400m relay and 4x100m group during the outdoor season.

Parrish was named ACC Outdoor Freshman-of-the-Year, an honor she still holds with high regard today.

“To this day, that still shocks me,” said Parrish of the honor. “I didn’t have that expectation of myself. I tried to do my best for the girls I was really close with, because we had the common goal of helping us win the conference championship.”

A self-entitled “championship runner,” Parrish has often been at her best when the Tigers come together in a team effort at the ACC and NCAA Championships. That was certainly the case as a sophomore in 2016, when she took a major step forward as a short sprinter in her two specialty events, the 200m and 400m. Parrish was an all-conference performer in both events.

“When championships are on the line, I’m in the zone,” she admitted. “I know I’m one of the best in the ACC, and my coaches think highly of me. My mentality was very different from freshman to sophomore year. I was more sure of what I was doing in my races.”

Heading into her junior year, Parrish is more confident than ever. She hopes for more individual acclaim while restoring Clemson’s place atop ACC women’s track & field. The Tigers came up painfully short last season by a small number of points, a difference Parrish attributed to the inordinate amount of injuries suffered by key student-athletes.

“My motivation is to aim higher this year,” she added. “I have not made it to nationals yet as an individual. I’m not an underclassman anymore…there’s no more room for error. I need to buckle down, because I’m older and I believe I have the talent to get there.”

Talent, and the necessary bloodline, too.