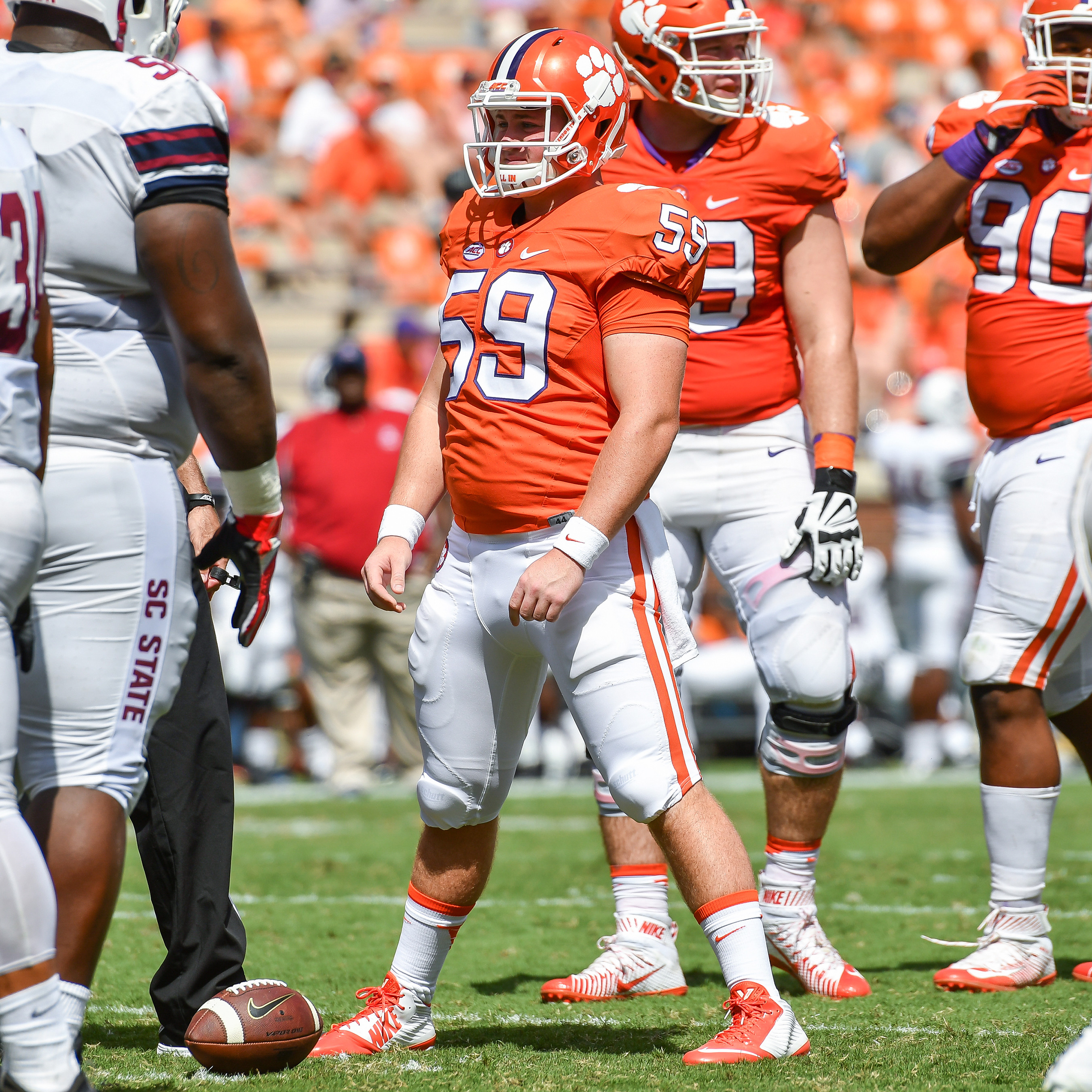 I guess I didn’t want to end my football career in high school.” Bradley Tatko’s matter-of-fact answer when asked what compelled him to want to walk on at Clemson is indicative of his passion for the game.

A state champion while serving as an offensive lineman and long snapper at Greenwood (S.C.) High School, Tatko decided to walk on as a long snapper for the Tigers in the spring of his freshman year at Clemson.

Since then, Tatko has learned under the likes of fellow long snappers Michael Sobeski and Jim Brown, something that he has thoroughly enjoyed and not taken for granted.

“I’ve been able to learn a lot from those guys when they were here.”

Working alongside veteran specialists, such as the aforementioned long snappers, has vastly improved Tatko’s play since he became a member of the team, and the close camaraderie that he has been a part of is something he will never forget.

“We really coach each other.”

Tatko, who majors in biological sciences and minors in chemistry, plans to attend medical school next year.

However, before Tatko turns his attention to passing his boards, the senior wants his tenure with the Clemson program to go out on a high note, saying that his ultimate goal for this 2016 season is to “go out with a national championship.”

Speaking on what it means to have been a part of the Tigers’ recent success, Tatko stated, “It’s been cool to be here when we’ve really hit our stride.”

In high school, Tatko played in three consecutive state championship games and finally came away victorious as a senior. He hopes to finish off his Clemson career in a similar fashion.