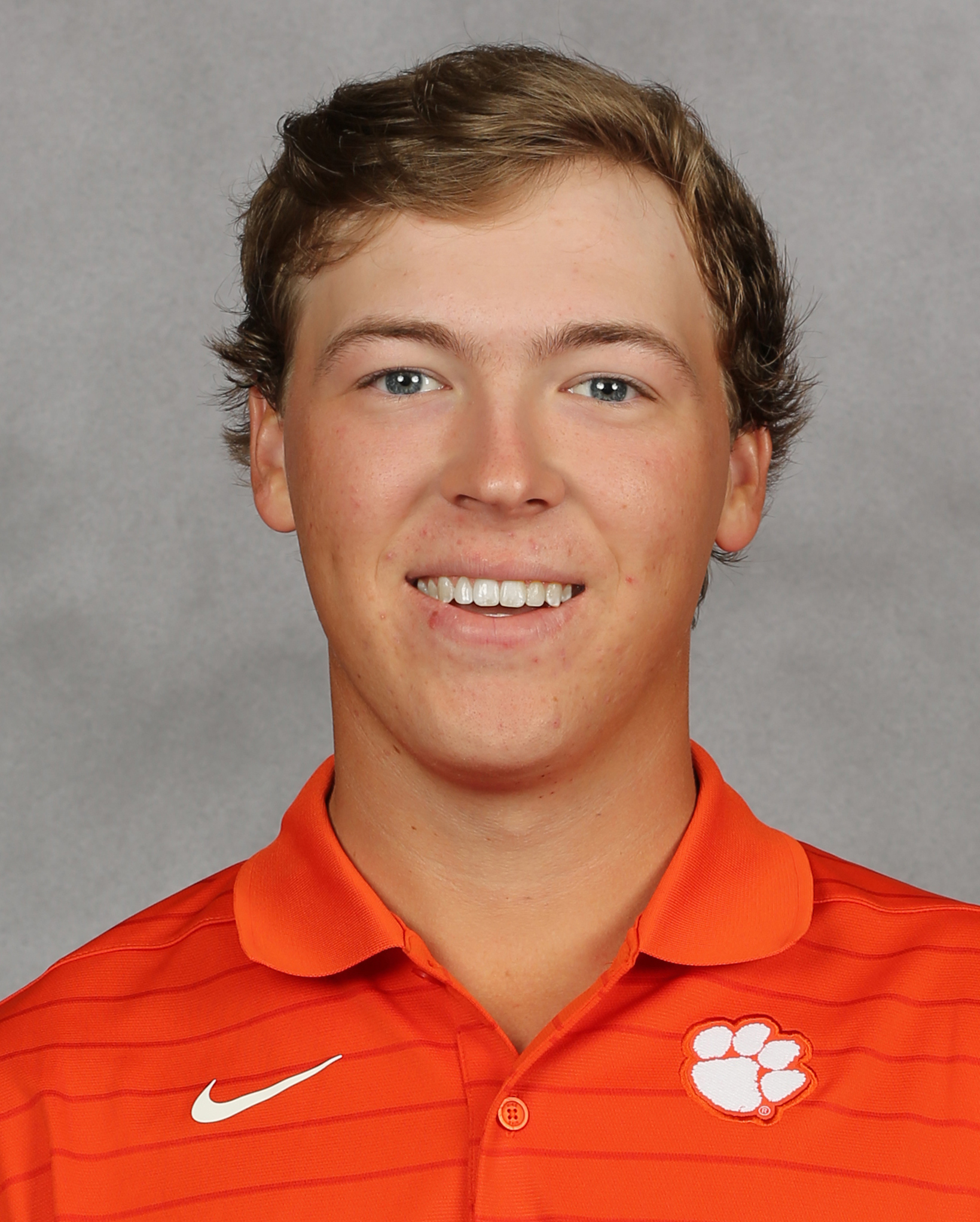 Overview:  Junior two-time letter winner who is most experienced player on the squad outside of the four seniors… opened his freshman season of 2019-20 in the starting lineup at the Carpet Classic in Dalton, Georgia….that is his home course…veteran of five tournaments in his career, four in 2019-20 and one in spring of 2021…came to Clemson as the #3 ranked player in Georgia and #26 overall player nationally in the class of 2019 by Golfweek…Junior Golf Scoreboard ranked him as the #2 player in Georgia and #20 overall player in the nation in he class of 2019…began playing golf at age of four…chose Clemson over Vanderbilt just three days after his campus visit in August of 2017.

In 2020-21:  Played just one tournament as an individual, he had even par 216 at Kiawah Invitational to finish 35th individually.

2019-20: Had 75.17 stroke average for his 12 rounds …played in four tournaments, three in the fall and one in the spring…in Clemson lineup once…finished 37th in strong field at the Carpet Classic in his first career event…in his first round shot an even par 72….shot 10-over 226 for the 54 holes….his tournament included eight birdies…finished 24th at Maui Jim as an individual, he shot a 228 with a best round of 74 in first round…finished 69th at J.T. Poston, but did have a second-round 68 for his best round of the year…his score counted in all three rounds he played as member of the lineup….had best round of the day among Clemson players in the first round of his career, the opening round of the Carpet Classic when he shot 72….played in the individual tournament in Puerto Rico he finished 11th with 227 score…. finished the year with 29 birdies for his 12 rounds…had 4.76 stroke average on par five holes.

Before Clemson:   Finished 15th at Wyndham Junior Invitational…in 2017, he finished in top three of three AJGA events…finished second at AJGA of London and the Big I National Championship….finished third at the AJGA Bill Horschel…four-year letterman at Dalton High School in Dalton, Georgia…area Athlete of the Year for Spring Sports in 2018…in summer of 2019 just before coming to Clemson finished fifth at the Dogwood Invitational…shot -15, 273 at that event, he had rounds of 71-68-64-70…had nine birdies in the third round, he tied with Georgia All-American Spencer Ralston, whose father Mitch, played at Clemson. 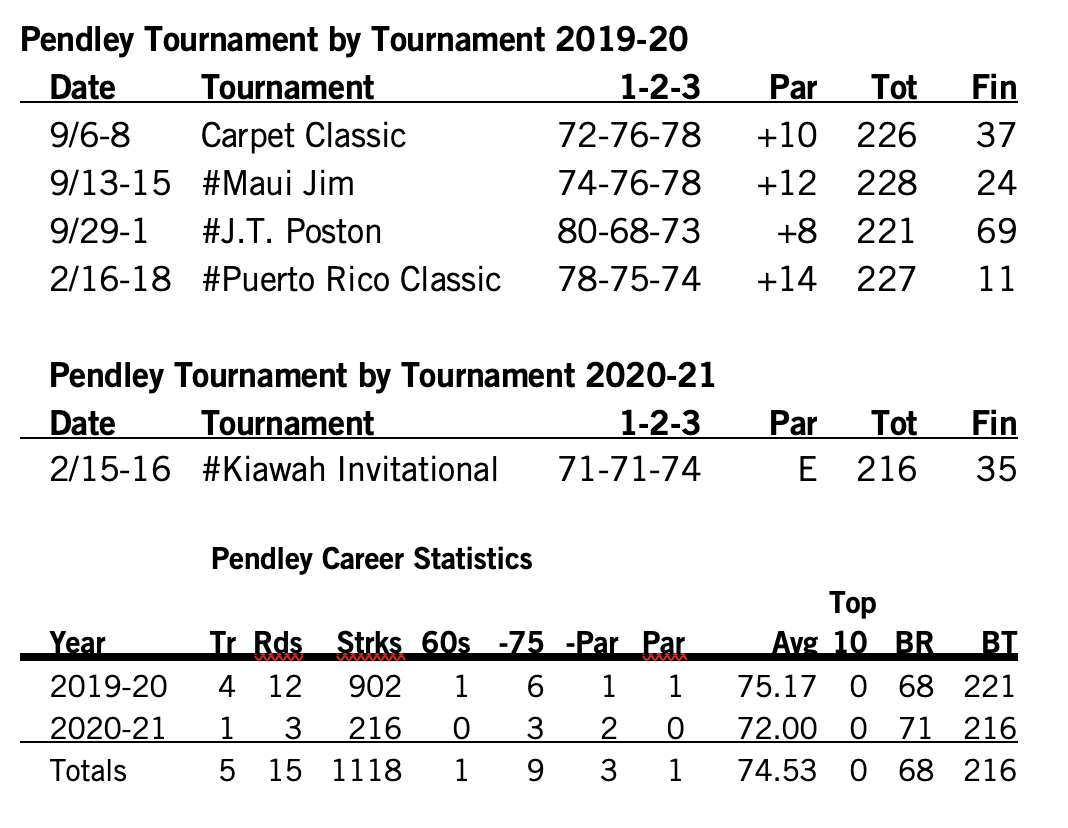