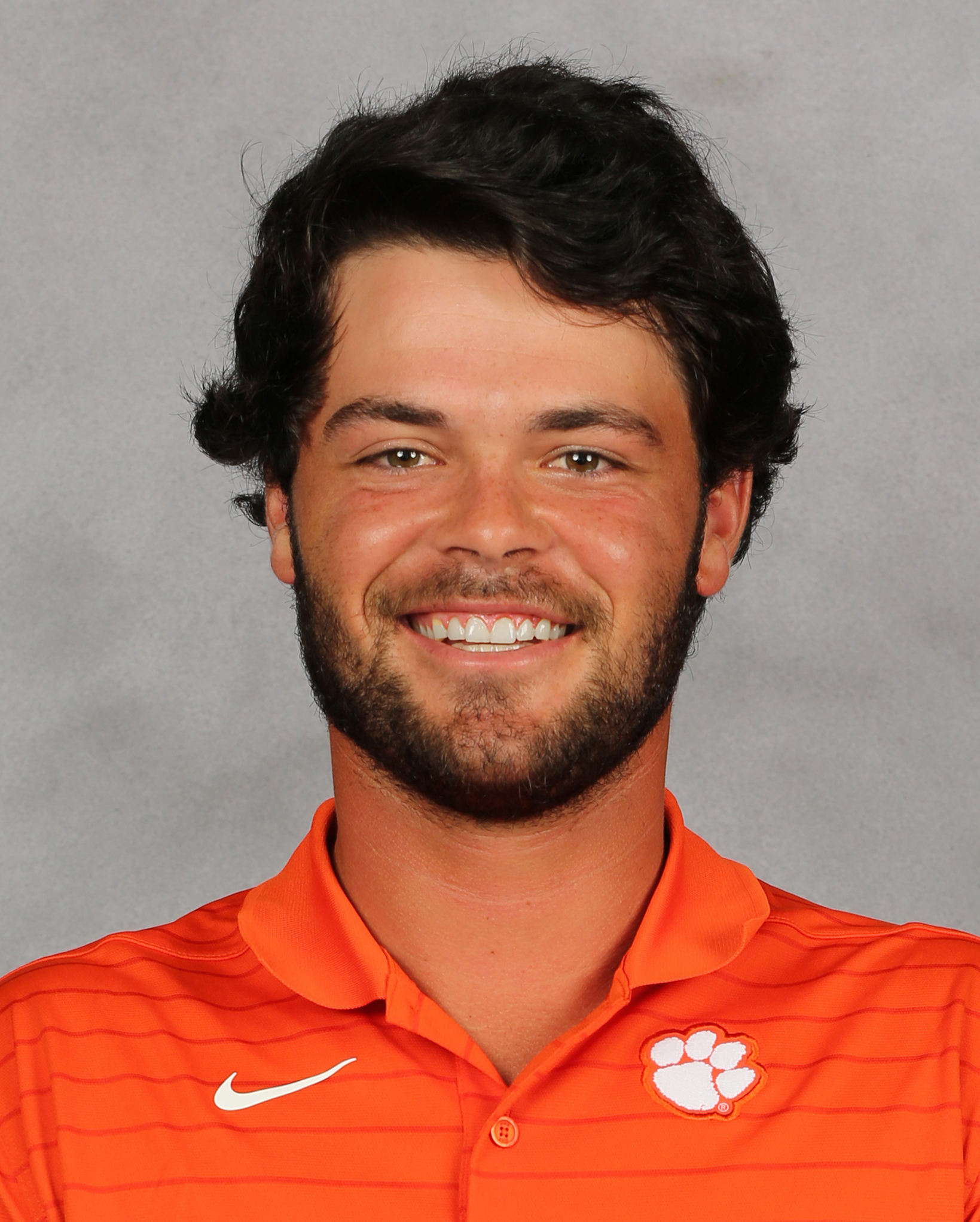 Overview:  Sophomore who played in two tournaments and five rounds as a freshman…played one tournament in the fall and one in the spring…did not appear in an event in spring of 2021…comes to Clemson from James Island Charter High School in Charleson…committed to Clemson two years before he signed…had outstanding junior career at AJGA events and in match play…grandson of former Clemson baseball All-American and 11-year Major Leaguer Ty Cline….Cline is in the Clemson Hall of Fame.

2019-20:   Played in two tournaments as a true freshman on Clemson’s 14th ranked team…had 77.83 stroke average for five rounds…best round was 75 at the Puerto Rico Classic individual tournament, his final round of the year that was cut short by the COVID19…played as an individual at the J.T. Poston in the fall, he shot 238…best round was final round 78…had rounds of 79-75 at Puerto Rico and finished 12th…had 13 birdies for his five rounds.

Before Clemson: Committed to Clemson in the Spring of 2016, over two years before he could sign….Clemson has been in his family, his grandfather Ty Cline is in Clemson Hall of Fame for his baseball accomplishments… Drayton won the CGA Junior Boys Championship in 2018 and finished third at the South Carolina Junior Match Play….had a pair of top four finishes at the Junior Azalea, third in 2016 and fourth in 2018…. finished in the top eight of the South Carolina Junior Golf Championship three of the last four years…. a top five finish at the Carolinas Junior Championship in 2016, the Charles Tilghman PGA in 2017 and the Jimmy Self Invitational in 2018….his father Danny Stewart is a teaching professional at the Country Club of Charleston and his sister Callie Stewart is a senior at Clemson.