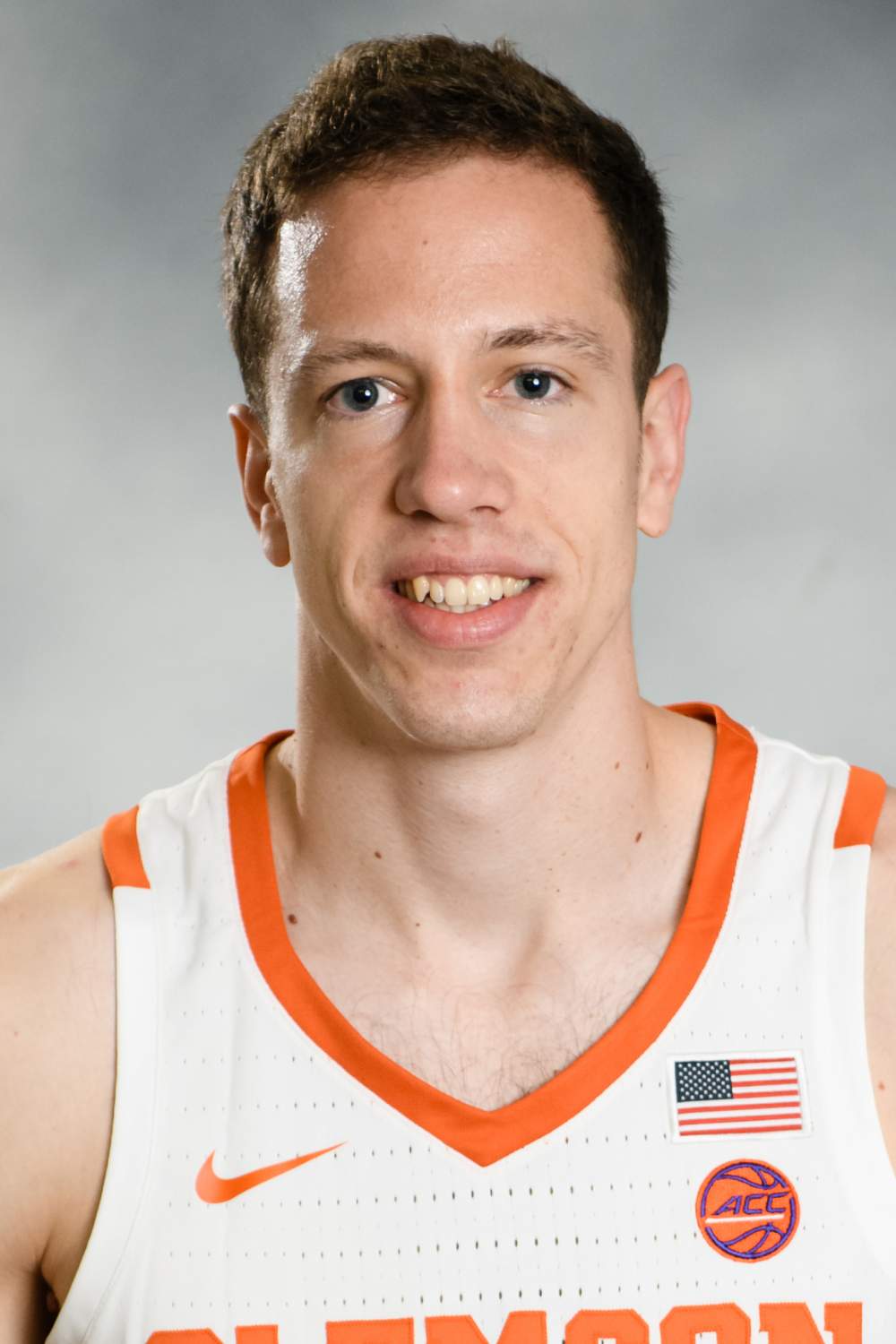 Overview
Played first season at Clemson last year after transferring from Valparaiso University … will have one more year of eligibility in 2018-19 … sat out 2016-17 as a redshirt, per NCAA rules … small forward competed in practice as a member of the scout team against All-ACC forward Jaron Blossomgame in 2016-17 … appeared in 63 games for the Crusaders, who won 58 games in his two seasons with the program … comes with NCAA Tournament experience, helping Valpo to a No. 4 national seed as a freshman in 2015 … helped the Crusaders to the championship game of the 2016 NIT, where he hit what proved to be the game-winner in the final 20 seconds of a semifinal against BYU … recruited by Georgia Tech, Richmond and TCU after his transfer announcement … majoring in economics.

2018-19
Appeared  in 31 games this season … a much bigger offense threat than a season ago … tied career high with 17 points in 38 minutes against Lipscomb (Dec. 30) … finished 6-for-10 from the floor – tying a season-high in field goals made in a game … scored a then-season-high 16 points on two occasions against NC Central (Nov. 9) and Radford (Dec. 15) … has scored in double-figures six times this season … grabbed a career-high 11 rebounds against Creighton (Nov. 21) … tied his career high with three 3-point makes against NC Central … played a career-high 40 minutes against Georgia Tech (Jan. 16).

BEST GAMES, 2017-18
Scored a season’s best 11 points at home against Louisiana-Lafayette on 4-for-6 shooting from the field in 24 minutes of action … played a season-high 38 minutes at Florida State during a three-game stretch that saw his minutes increase to 36.3 minutes per game against FSU, Duke and Virginia Tech … grabbed a season-high seven rebounds in the Sweet Sixteen matchup against Kansas … made at least four field goals on two occasions and at least three on three occasions … made five free throws in a win over Pittsburgh.

2015-16 (at Valparaiso)
Averaged 6.5 points and 3.1 rebounds per game in 29 appearances … shot 44 percent overall and 33 percent from three-point distance … posted 44 assists in 19.7 minutes per game … missed eight games due to injury … reached double figures in the scoring column seven times, including the NIT semifinal against BYU where he had 15 to go along with six rebounds … made 3-5 from three in that win over the Cougars … opened the season strong against IPFW, posting 14 points and seven rebounds …. scored 12 at Indiana State and 13 at Belmont … scored 10 points in Horizon League Tournament contest against Green Bay.

2014-15 (at Valparaiso)
Averaged 5.4 points and 3.2 rebounds per game and appeared in all 34 contests for the Crusaders, who won the regular season and conference tournament in the Horizon League … tied for third on the team in assists (60) and blocked shots … shot 80.9 percent at the free throw line, second-best mark on the team … reached double figures in the scoring column eight times … named to Horizon League All-Tournament Team after leading Valpo with 12 points in the championship win over Green Bay … was 5-8 overall, with a pair of three-point goals, against the Phoenix … debuted against East Tennessee State, where he collected 11 points and five rebounds … top scoring effort of the season was 17 against IU South Bend … added 14 in a pair of games, first against Milwaukee and then Oakland … scored 10 points against Murray State.

BEFORE CLEMSON
Played one season of high school basketball at Don Bosco Prep (Crown Point, Ind.) … averaged 16 points and eight rebounds per game … coached by Dave Maravella … gained international experience in 2012 at the FIBA U17 Championships, helping Croatia collect a bronze medal … appeared in four games, with a high of 10 points and five rebounds in a win over South Korea … born Feb. 26, 1995.