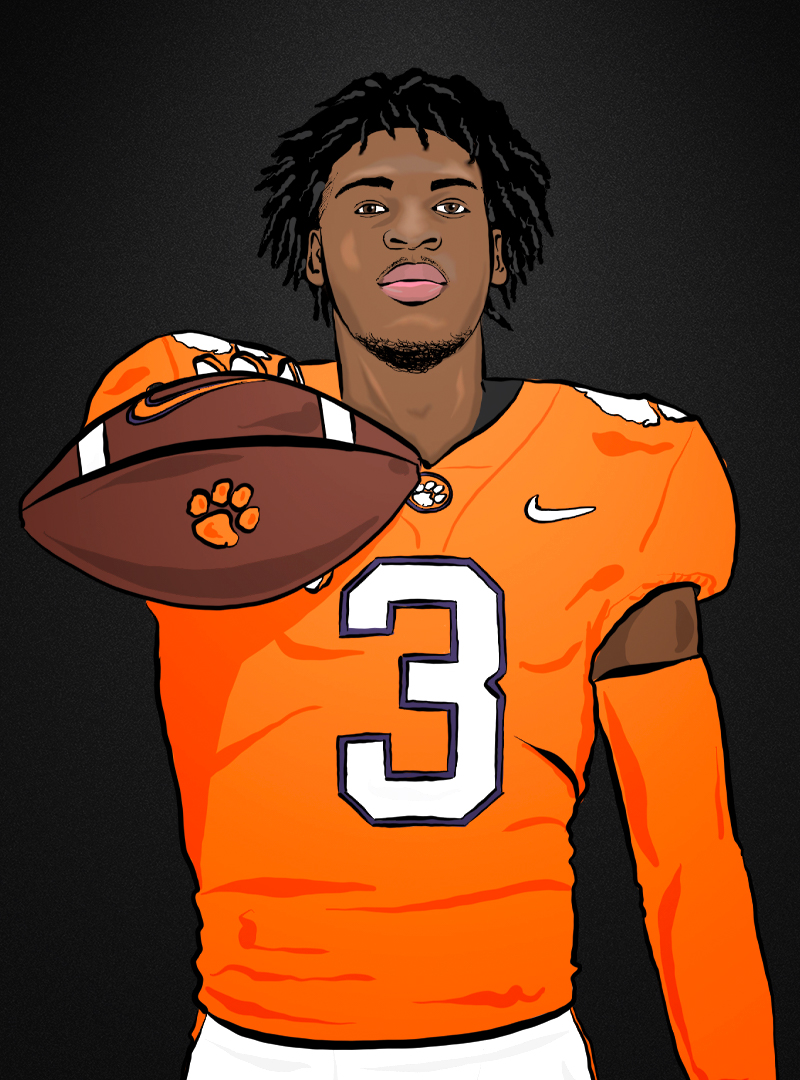 Before Clemson: National top 100 player according to 247Sports, which listed him as the nation’s No. 97 overall player, the sixth-best defensive end and the sixth-best player from North Carolina … also top 300 player nationally according to ESPN.com … rated as a four-star recruit by ESPN.com and 247Sports … PrepStar Top 350 All-American who ranked as the nation’s No. 12 weakside defensive end and No. 7 player in North Carolina … invited to play in the Under Armour All-America Game … did not have a fall 2020 high school season due to the COVID-19 pandemic … had 181 career tackles, 43 tackles for loss, including 25 sacks, three interceptions and 10 caused fumbles in 21 games over two seasons … in 2019, had 129 tackles, including 27 tackles for loss and nine sacks … also had three interceptions for 78 return yards … recorded a remarkable nine caused fumbles … had his best game against Bishop McGuinness when he recorded a career-high 20 tackles, six tackles for loss, four sacks and three caused fumbles … also had 14 tackles, including five tackles for loss, against West Columbia that year … had 69 tackles in his last five games of the 2019 season … had 52 tackles, including 16 sacks, and three blocked punts in nine games as a sophomore in 2018 …  also played three years of high school basketball … averaged 5.4 points and 7.2 rebounds in 2019-20 … committed to Clemson on May 26, 2020 … recruited by Lemanski Hall and Mike Reed … played for De’Ron Middleton at Winston-Salem Prep.