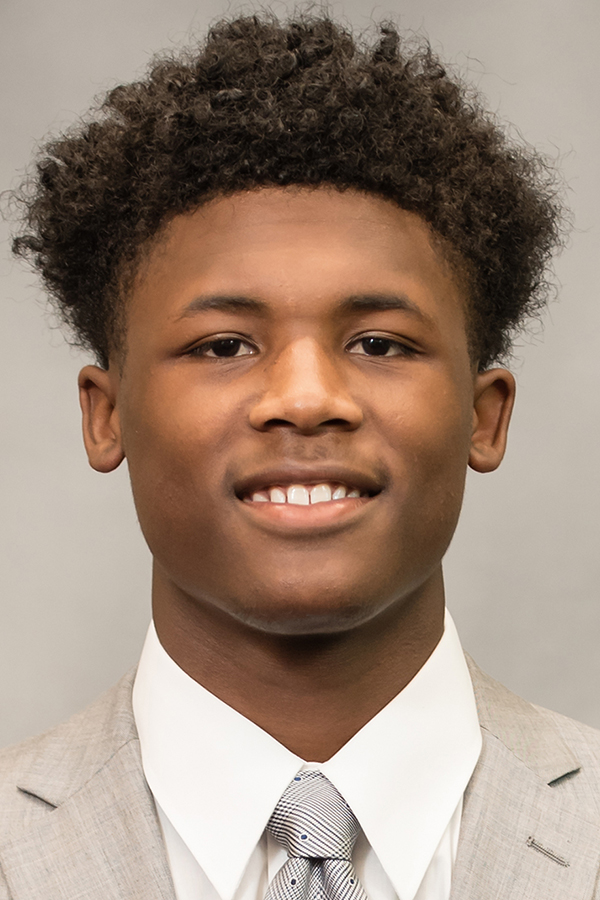 Talented wideout who produced one of the school’s most impressive sophomore campaigns in 2018 in his first full year as a starter and followed up with a spectacular junior campaign to place himself among the top receivers in Clemson’s illustrious lineage at the position … finished his three-year career from 2017-19 with 135 career receptions for 2,448 yards with 27 receiving touchdowns over 1,279 snaps in 43 games (30 starts) … his 27 career receiving touchdowns tied for the most in school history with DeAndre Hopkins and Sammy Watkins and tied for ninth-most in ACC history … selected as a second-team Preseason All-American for 2019 by both Phil Steele and Athlon … departed as the only player in school history to record double-digit touchdown receptions in consecutive seasons.

2018: Second-team All-ACC …second-team AP All-ACC … earned first-team all-conference honors from ESPN and Pro Football Focus … led team in receptions (59) and receiving touchdowns (12), gaining 936 yards in 550 snaps in 15 games (all starts) … caught three passes for 35 yards against Furman … Collected ACC Receiver of the Week honors after catching three passes for 123 yards including a 64-yard touchdown against Texas A&M … scored a 30-yard touchdown on his lone reception against Georgia Tech … gained 53 yards on four receptions against Syracuse, including a critical catch on a pass from Chase Brice on fourth-and-6 on the team’s game-winning 94-yard drive … caught five passes for 55 yards including a 20-yard scoring grab at Wake Forest … earned team co-offensive player of the week honors vs. No. 16 NC State after catching a career-high eight passes for 119 yards including a 46-yard touchdown grab … recorded two touchdowns in the second quarter at Florida State amid a six-reception, 62-yard performance … against Louisville, caught three passes for 26 yards and became the first Clemson player to record a touchdown reception in four straight games since Mike Williams in 2016 … gained 63 yards on four receptions at No. 17 Boston College … caught four passes for 47 yards vs. Duke … named ACC Receiver of the Week for his six-catch, 142-yard performance with a touchdown vs. South Carolina … caught two touchdown passes among his three receptions for 36 yards in ACC Championship Game against Pitt … gained 53 yards on four receptions including an acrobatic, juggling, one-handed touchdown grab against No. 3 Notre Dame in the Cotton Bowl … caught three passes for 81 yards and a touchdown in National Championship Game vs. No. 1 Alabama.

Before Clemson: Highest rated signee in Clemson’s 2017 class according to ESPN, Scout and 247 Sports … rated the No. 15 prospect in the nation by Rivals, No. 1 in Tennessee and No. 2 wide receiver in the nation … rated No. 18 overall, including second among receivers and second in Tennessee according to ESPN … rated the No. 19 prospect in the nation, No. 2 receiver and No. 3 in Tennessee by 247 Sports … second-team USA Today All-American … played in the Under Armour All-American game in Orlando, Fla. … Mr. Football in Tennessee at the AAAAA level in 2015 and 2016 … as a senior, had 68 receptions for 1,044 yards and 18 touchdowns … added three scores on punt returns and one on an interception return … that was an 89-yard return for a score … helped his Oak Ridge High School team to a 9-3 record as a senior … as a junior, had 46 receptions for 841 yards and 16 touchdowns … helped team to an 11-3 record as a junior … named AAAAA Back of the Year by the Tennessee Titans … as a sophomore, helped team to undefeated season with 23 receptions for 387 yards and six scores … started as a freshman, the first freshman to start at his high school since 2002 … played for Joe Gaddis … outstanding basketball player as well, he was a finalist for Mr. Basketball in Tennessee as a junior … averaged 15 points and 6.6 rebounds per game as a junior … has done well on the hardwood as a senior as well, helping his team to a 20-2 record through January 2017 … committed to Clemson on July 4, 2016 … wore #5 in football and basketball in high school … chose Clemson over Tennessee, Ohio State, Florida State and Alabama … recruited by Jeff Scott and Dan Brooks.