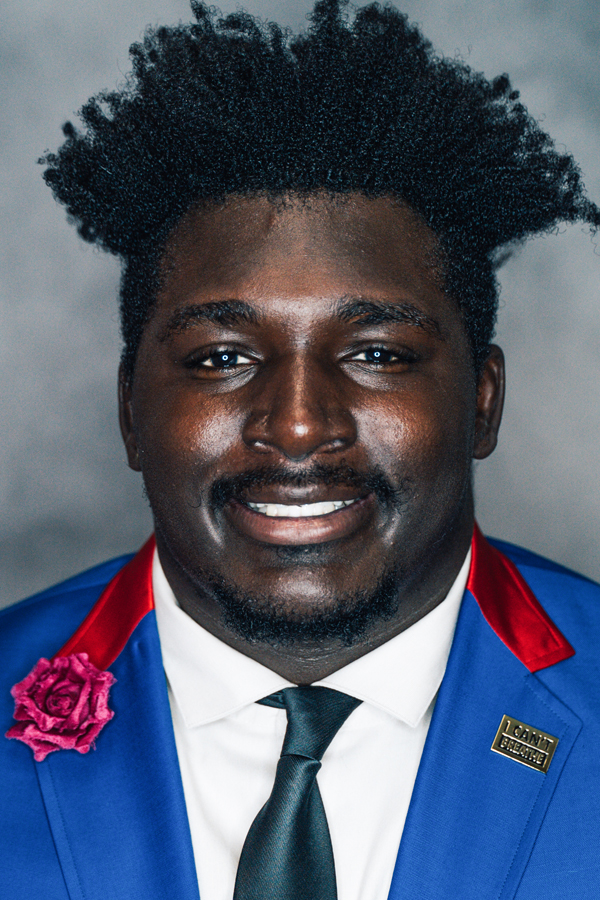 Played 93 career snaps over 14 games from 2019-21 … transitioned from defensive line to offensive line during the 2020 offseason.

2021: Missed the season with a torn pectoral suffered in the offseason.

2019: Appeared in three games while redshirting, playing seven snaps … made collegiate debut vs. Charlotte … saw action vs. Wofford and vs. Wake Forest.

Before Clemson: Ranked as seventh-best player in Maryland by ESPN.com, which ranked him as 22nd-best defensive tackle in the nation … ranked as eighth-best player in Maryland and No. 29 defensive tackle by Rivals.com … ranked as 11th-best player in Maryland and 33rd-best defensive tackle in nation by 247Sports … joined the Williamsport football program in the Spring of 2017 … team captain in 2017 & 2018 … Herald-Mail Defensive Player of the Year in 2017 and 2018 … Washington County (Md.) Coaches Defensive Player of the Year in 2018 … Herald-Mail All Area Team as both offensive lineman and defensive lineman in 2017 and 2018 … led Williamsport High to best season in 20 years in 2017 … anchored best defense in school history in 2017 … over his last two years, had 184 tackles, 44 tackles for loss and 12 sacks … had eight rushing touchdowns on goal line situations over 2017 and 2018 … after senior season was invited to USA Football National Team to participate in the 2019 International Bowl … also an outstanding wrestler, finished third in the heavyweight division as a junior, his first year of competition … also plans to compete on the school wrestling team in the winter of 2019 … honor Roll student … member of Program Leadership Council 2017 and 2018 … played his high school football at Williamsport High School for Tim Small … Clemson recruiters were Todd Bates and Mike Reed … committed to Clemson on May 14, 2018.