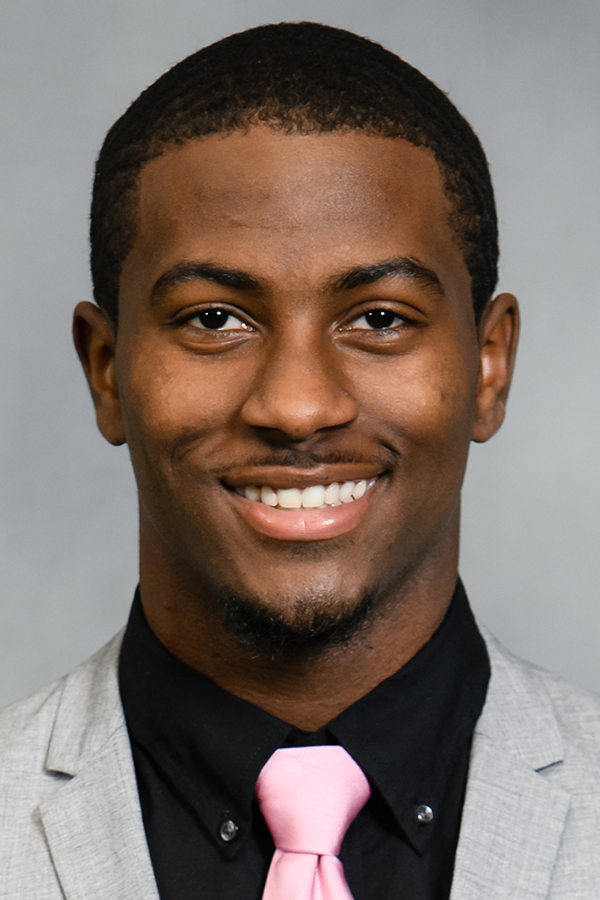 2020: Credited with 22 tackles (1.5 for loss), three pass breakups and an interception in 300 snaps over 11 games (eight starts) … made first career start at Wake Forest, adding two tackles … split a tackle for loss among his two tackles vs. The Citadel … recorded his first career interception vs. No. 7 Miami, sharing team defensive player of the game honors … added a tackle at Georgia Tech … credited with three tackles vs. Syracuse … contributed two tackles vs. Boston College … recorded six tackles (one for loss) and a pass breakup at No. 4 Notre Dame … added two tackles at Virginia Tech … made one tackle in ACC Championship Game vs. No. 2 Notre Dame and in Sugar Bowl vs. No. 3 Ohio State.

2019: Credited with six tackles, a fumble recovery and a pass breakup in 140 defensive snaps over 14 games … recorded a pass broken up in collegiate debut vs. Georgia Tech … added two tackles vs. Charlotte … posted a tackle vs. Florida State and vs. Boston College … registered a tackle and fumble recovery vs. Wofford … added a tackle at NC State.

Before Clemson: Ranked among the top 100 players in the nation by ESPN.com and Rivals … ESPN.com ranked Jones as 69th-best overall player, second-best player in the state of Virginia and seventh-best cornerback in the nation … ranked 91st overall by Rivals, fourth-best from the state of Virginia and ninth-best cornerback in the nation … 247Sports ranked him as eighth-best player in Virginia … ranked as four-star prospect by all three services … two-way player, who had 45 tackles, two interceptions, one he returned for a score, in 2018 … as a receiver, had 17 receptions for 347 yards and two scores … selected to World Bowl in Mexico and Under Armour All-American game … played his high school football at Maury High School under Dyrri McCain … Clemson recruiters were Mike Reed and Brent Venables … committed to Clemson on April 20, 2018 … enrolled at Clemson in January 2019.

Personal: Born Oct. 25, 2000 … earned degree in communication in August 2022 … his brother, Kennedy, plays baseball at UNC Greensboro and is the school’s single-season record-holder for RBIs as well as the 2022 SoCon tournament MVP … completed a microinternship with Adobe in spring 2022 … two-time ACC Honor Roll selection (2019 and 2021).