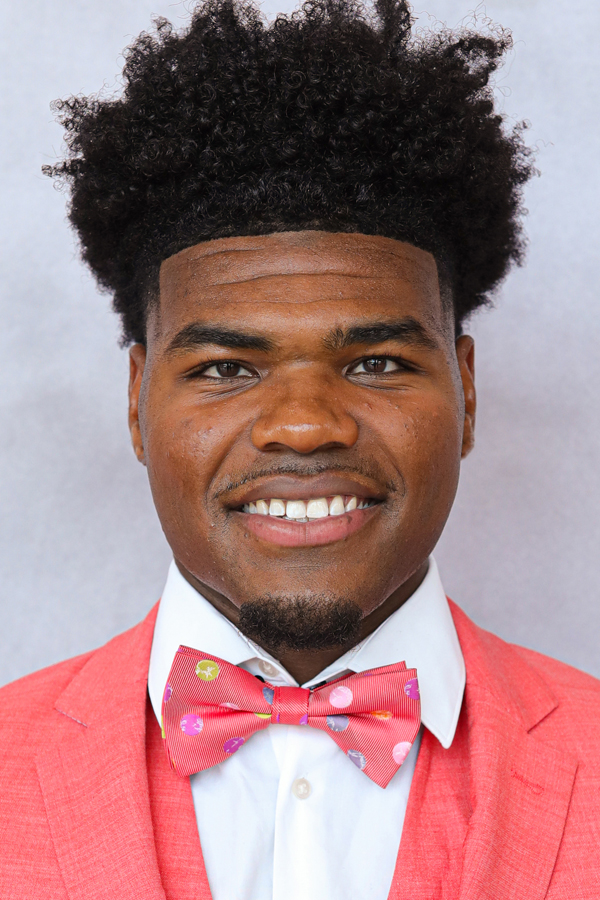 2021: Ranked third on the team with 78 tackles and finished second in both tackles for loss (12.0) and sacks (6.0) while also adding three pass breakups over 556 snaps in 13 games (12 starts) … earned all-conference selections from PFF (second team) and Phil Steele (third team) … contributed two tackles vs. No. 5 Georgia … made one tackle vs. SC State … credited with five tackles, including a half-sack, in less than one half of action vs. Georgia Tech … added eight tackles and a pass breakup at NC State … made five tackles (0.5 for loss) and recorded a pass breakup vs. Boston College … added five tackles (one for loss) at Syracuse … contributed four tackles with a sack at No. 23 Pitt … credited with eight tackles (2.5 for loss) and a half-sack vs. Florida State, giving him a sack in consecutive games for the first time in his career … credited by the coaching staff with 13 tackles (3.0 for loss) including 2.0 sacks at Louisville, all career highs, to earn defensive player of the game honors … added five tackles, a pass breakup and a sack vs. UConn, becoming the first Clemson player with at least half a sack in four straight games since Clelin Ferrell in 2018 … recorded 10 tackles (1.5 for loss) and a sack in earning team defensive player of the game honors vs. No. 13 Wake Forest, becoming the first Clemson player with at least half a sack in five straight games since Kevin Dodd in the final five games of the 2015 season … contributed six tackles (one for loss) at South Carolina … added six tackles vs. Iowa State.

2020: Produced an impressive true freshman campaign as he was credited with 32 tackles (6.5 for loss), 4.0 sacks and a forced fumble in 281 snaps over 12 games (three starts) … along with fellow true freshmen Myles Murphy and Bryan Bresee, their four sacks each tied William Perry (4.0 in 1981), Ricky Sapp (4.0 in 2006) and Shaq Lawson (4.0 in 2013) for third-most sacks by a Clemson true freshman all-time … made collegiate debut at Wake Forest, adding one tackle … recorded two tackles including his first career sack vs. The Citadel … contributed six tackles at Georgia Tech … added two tackles vs. Syracuse … made three tackles with a sack and forced fumble vs. Boston College … registered seven tackles (0.5 for loss) at No. 4 Notre Dame … notched his third sack of the season among his two tackles vs. Pitt … added four tackles (one for loss) at Virginia Tech … had two tackles for loss and a sack among his five tackles in ACC Championship Game vs. No. 2 Notre Dame … ACC Honor Roll selection.

Linebacker Trenton Simpson is atop the Hill prepared to lead the team with the American flag.

His father, Command Sgt. Maj. Timothy D. Simpson, served 17 overseas tours since 1994 before retiring this past May after a decorated career with the Army Rangers. pic.twitter.com/7gZezbovyz