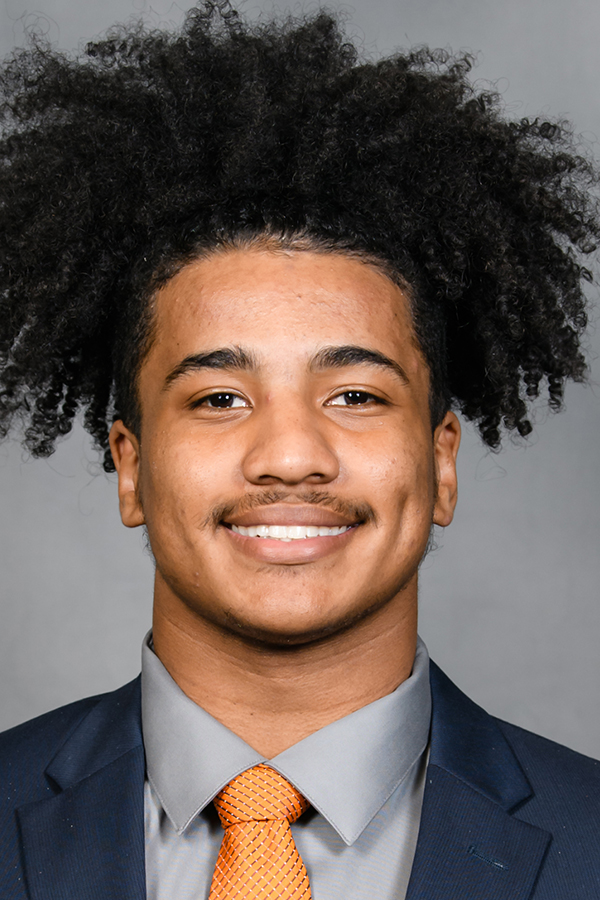 Enters 2022 credited with nine tackles over 14 career games across his first two seasons at Clemson from 2020-21.

2021: Played 13 defensive snaps over nine games and was credited with six tackles including three special teams stops … contributed on special teams vs. No. 5 Georgia … made four tackles vs. SC State … made one special teams tackle at Louisville.

2020: Credited with three tackles in 18 defensive snaps over five games … made collegiate debut at Wake Forest … contributed two tackles vs. The Citadel … added a tackle at Georgia Tech.

Before Clemson: Played for Chad Campbell at Peach County High School in Fort Valley, Ga. … High School Butkus Award semifinalist who helped his high school team post a 48-9 record in his four years as a starter … led his Peach County team among the final eight of the state playoffs all four years, including two runner-up finishes, one semifinalist finish and one quarterfinal finish … completed his 51-game high school career with 357 total tackles, including 222 solo, to rank in the top five in school history in career tackles … posted 45 career tackles for loss, including 15 sacks, and 48 quarterback hurries … named team captain and team MVP as a senior in 2019, when he posted 74 tackles, including 46 solo, with 14 tackles for loss and three sacks … also had an interception and 17 quarterback hurries … as a junior in 2018, posted a career-high 122 tackles, including 82 solo, en route to being named team MVP … had 11 tackles for loss, six of which were sacks … named 3A Defensive Player of the Year by the Atlanta Journal Constitution and Georgia Athletic Coaches Association … as a sophomore in 2017, helped Peach County to State Championship game while recording 104 tackles, including 59 solo … had single-season career-best 15 tackles for loss, including two sacks, while causing three fumbles and adding an interception and seven hurries … recorded 19 receptions for 333 yards and three scores as a sophomore, his only year playing tight end … contributed 57 total tackles (five for loss) and four sacks in 11 games as a freshman … at the time of his signing, ranked as the No. 150 overall player in the nation by ESPN.com, which also ranked him as the second-best inside linebacker and 16th-best player in Georgia … PrepStar Magazine ranked him as the No. 165 overall player, the sixth-best inside linebacker and 19th-best player in Georgia … 247Sports ranked him as the No. 191 overall player, the 11th-best inside linebacker and the 21st-best player in Georgia … named to the 2019 preseason Super 11 team named by the Atlanta Journal Constitution … selected to Under Armour All-America Game … committed to Clemson on July 26, 2018 … recruited to Clemson by Todd Bates and Brent Venables.