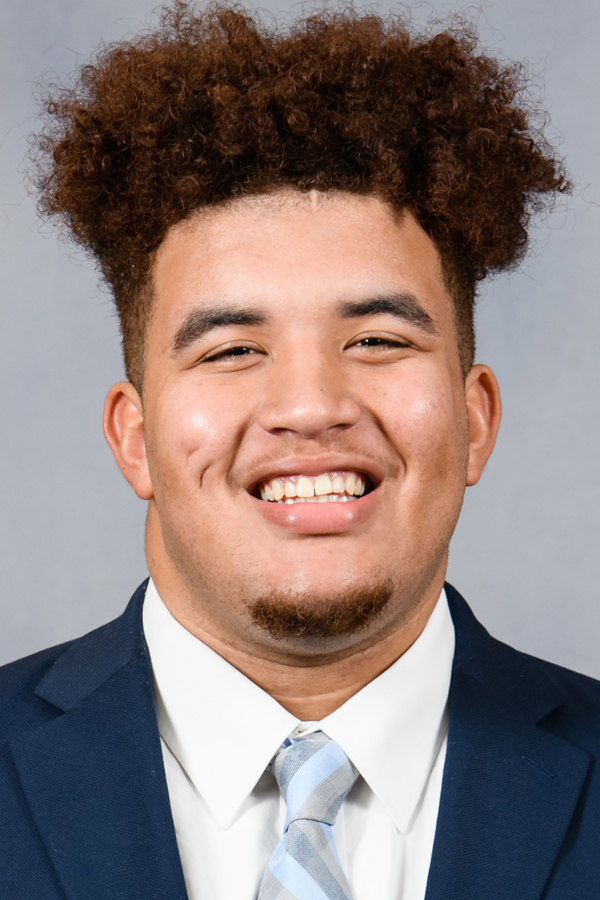 2021: Played 627 snaps over 13 games with eight starts as a true freshman … started and played 48 snaps vs. No. 5 Georgia in his collegiate debut … became only the third true freshman offensive lineman to start a season opener for Clemson since the NCAA instituted permanent freshman eligibility in 1972, joining center James Farr (1980) and tackle Mitch Hyatt (2015) … played 51 snaps vs. SC State as Clemson exceeded both 200 rushing yards and 200 passing yards … played 70 plays vs. Georgia Tech, Clemson’s second straight game allowing zero sacks … contributed on special teams at NC State … played 62 snaps in helping power Clemson to 231 rushing yards and 207 passing yards vs. Boston College … played 39 snaps in a Friday night win at Syracuse … played 47 snaps at No. 23 Pitt … played 62 snaps and helped pave the way for Will Shipley’s 128 rushing yards in a comeback win vs. Florida State … played all 70 snaps at Louisville as Clemson recorded a fourth-quarter comeback win in back-to-back weeks for the first time since 1974 … played 92 of Clemson’s 100 plays in helping the Tigers exceed 300 passing yards vs. UConn … played five snaps vs. No. 13 Wake Forest … played nine snaps at South Carolina.

Before Clemson: Ranked as the No. 112 overall player in the nation by Rivals.com, which also listed him as the sixth-best offensive guard in the nation and 18th-best player in Florida … ranked as the No. 132 overall player by ESPN.com, which also listed him as the 17th-best player at his position and 19th-best player in Florida … top 225 player according to 247Sports, which ranked him as the 12th-best offensive guard … ranked as a four-star by all services … PrepStar Top 150 Dream Team selection who ranked as the nation’s No. 119 prospect, including ranking as the fifth-best guard prospect … committed to Clemson on Sept. 24, 2019 … played for Daniel Luque at NSU School in 2020, he played his first three years at University School … that school cancelled its 2020 season due to COVID19, so he played for Tru Prep Academy in 2020, where he was a member of the 2020 State Championship team … wore No. 55 in high school … committed to Clemson on Sept. 24, 2019 … recruited by Brent Venables and Robbie Caldwell.

Personal: Majoring in political science … enrolled at Clemson in January 2021 … born Jan. 31, 2003, and was the youngest member of Clemson’s 2021 signing class.