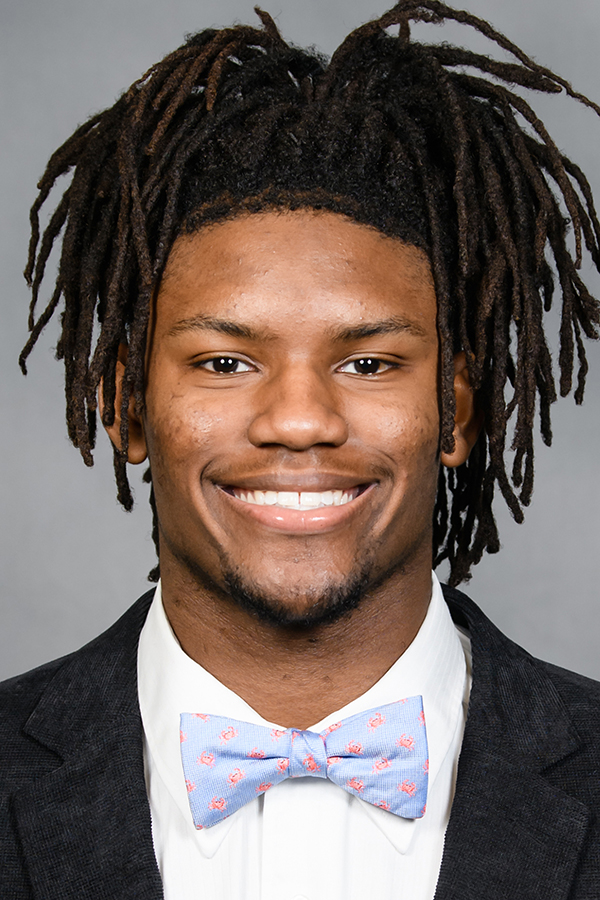 Former linebacker who enters 2022 credited with 12 tackles (3.5 for loss) and a half-sack over 145 snaps in 20 games in his first two seasons at Clemson.

2021: Transitioned from linebacker to defensive end in the offseason and finished the year credited with nine tackles (3.0 for loss) over 110 snaps in 10 games … contributed on special teams vs. No. 5 Georgia … added four tackles (3.0 for loss) vs. SC State … had one tackle vs. Florida State … made two tackles vs. UConn … recorded one tackle vs. No. 13 Wake Forest and at South Carolina.

2020: Credited with three tackles (0.5 for loss) including a half-sack in 35 defensive snaps over 10 games … made collegiate debut at Wake Forest … added a half-sack among his three tackles vs. The Citadel … ACC Honor Roll selection.

Before Clemson: Played for Sean Calhoun at Carrollton High in Carrollton, Ga. … four–year starter who recorded 41.5 career sacks among his 359.5 tackles … outstanding leader who was a three-time captain as voted by his teammates … two-time all-state selection … was a High School Butkus Award semifinalist along with Clemson signee and classmate Sergio Allen … recorded 103 tackles, including 26.5 tackles for loss, including 12.5 sacks, in 2019 … had 12 quarterback pressures, six pass breakups, three forced fumbles, a fumble recovery and an interception … posted nearly identical stats in 2018 as a junior with 103 tackles, including 20 tackles for loss and nine sacks … added six pass breakups, two forced fumbles, 13 quarterback pressures and an interception … first-team all-state selection by GPB Sports and the Atlanta Touchdown Club … Region 7 5A Most Valuable Player … all-area, all-region and all-state honoree as a junior … as a sophomore in 2017, contributed 97 tackles, a career-high 31.5 tackles for loss, including 17 sacks, seven passes broken up and four forced fumbles … Area Defensive Player of the Year … first-team all-region … had 56.5 tackles as a freshman in 2016, including 16.5 tackles for loss, three of which were sacks … area Newcomer of the Year and a second-team all-region selection in 2016 … Listed as the No. 137 overall player in the nation by ESPN.com, the 13th-best linebacker and the 14th-best player in Georgia at the time of his signing … ranked as the No. 171 overall player, seventh-best linebacker and 21st-best player in Georgia by PrepStar … committed to Clemson on Jan. 26, 2019 … recruited to Clemson by Todd Bates and Brent Venables.