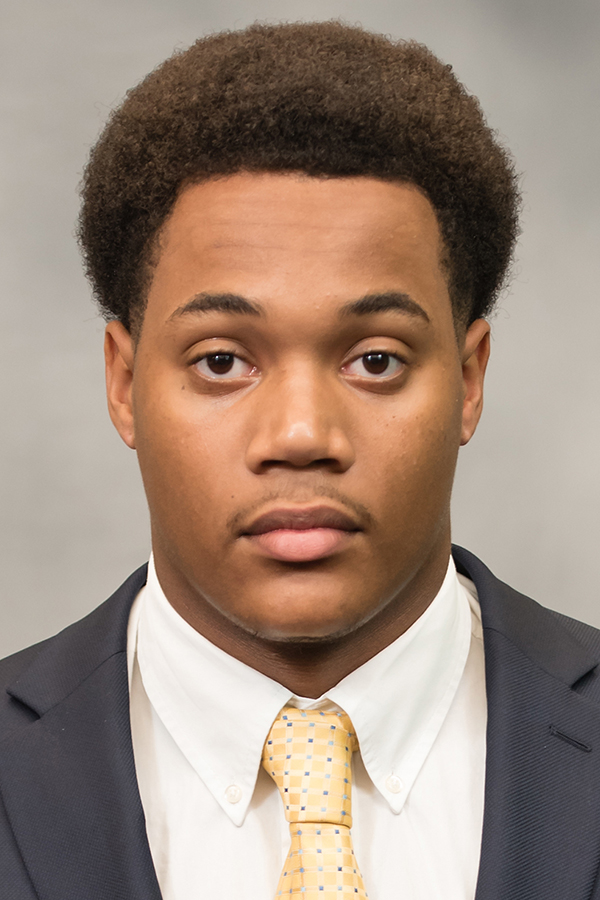 Credited with 71 career tackles (17.5 for loss), 7.0 sacks, two pass breakups, a forced fumble and a fumble recovery in 849 snaps over 44 career games (13 starts) from 2017-21 despite missing the entire 2020 season with medical concerns and the majority of 2021 with a lower back injury … part of the program for four ACC championships, four College Football Playoff berths, two National Championship Game appearances and one national title.

2021: Initially retired in February before electing to return in May after his long-haul symptoms began to subside … credited with five tackles and a pass breakup over 93 defensive snaps in five games … made his return to game action vs. No. 5 Georgia after missing the entire 2020 season, adding one tackle … credited with two tackles and a pass breakup vs. Georgia Tech … contributed two tackles at NC State … missed the latter half of the season with a lower back injury.

NEW: Clemson's Justin Foster saw long-haul Covid change everything about his life. So did I. Here's what we both experienced as we tried to figure out how to move forward.https://t.co/5O5wmAAvMW

2019: Honorable mention All-ACC selection … All-ACC Academic selection … credited with 41 tackles (10.5 for loss), 4.5 sacks, a pass breakup and a forced fumble in 492 snaps over 15 games (13 starts) … made first career start vs. Georgia Tech, adding one tackle … made two tackles vs. No. 12 Texas A&M … added two tackles at Syracuse … contributed four tackles and his first sack of the season vs. Charlotte … posted one tackle vs. Florida State … credited by the coaches with seven tackles (3.5 for loss), a career-high 2.0 sacks and a forced fumble at Louisville, earning ACC Defensive Lineman of the Week honors … recorded two tackles vs. Boston College … contributed one tackle vs. Wofford … had two tackles (one for loss) and a pass breakup at NC State … added a tackle for loss vs. Wake Forest … made one tackle at South Carolina … contributed three tackles vs. No. 22 Virginia in ACC Championship Game … posted five tackles (1.5 for loss) including a half-sack vs. No. 2 Ohio State in the Fiesta Bowl … recorded a sack among his three tackles vs. No. 1 LSU.

2018: Credited with 17 tackles (6.0 for loss), 2.0 sacks and a fumble recovery in 180 snaps in 15 games … made three tackles in season opener vs. Furman … recorded both the first sack and first fumble recovery of his career at Texas A&M … added one tackle vs. Georgia Southern … recorded a tackle at Wake Forest … recorded one tackle in 12 snaps vs. NC State … made five tackles, 2.5 of which went for a loss, at Florida State … added a tackle vs. Duke … contributed four tackles (1.5 for loss including a sack) as Clemson held No. 3 Notre Dame to three points in the Cotton Bowl.

Before Clemson: National top-100 prospect according to ESPN, he played in the US Army All-Star Game in San Antonio, Texas … rated as No. 73 overall prospect in the nation and No. 1 in the state of North Carolina by ESPN, who also has him as the fifth-best player at his position … rated No. 152 in the nation by 247 Sports, third-best in North Carolina and No. 11 at his position … No. 218 overall, No. 9 in the region and No. 15 at his position by Scout … No. 6 prospect in the state and No. 18 at his position … from the same area of North Carolina as 2016 All-American defensive tackle Carlos Watkins … played for North Carolina in the Shrine Bowl in December 2016 … started on Crest’s AAA state championship teams of 2014 and 2015, the Chargers reached the playoffs again in 2016 … played for coach Will Clark … team finished 9-4 as a senior when Foster had a career-high 83 tackles, 14 for loss and six sacks … as a junior, had 67 tackles, including 12 for loss in helping Crest to a perfect season … had 10 tackles in the state championship game as a junior … started as a sophomore and had 57 tackles, including seven for loss … had 207 tackles and 33 tackles for loss his last three years of high school … committed to Clemson on October 10 at halftime of his game … also considered Notre Dame and Tennessee … solid basketball player, he averaged 12 points per game and shot 64 percent from the field as a freshman … averaged 10 points per game on a 23-5 team as a sophomore … had 17 points and nine rebounds in his first basketball game in November 2013 … wore No. 35 in football and No. 44 in basketball … recruited by Dan Brooks.