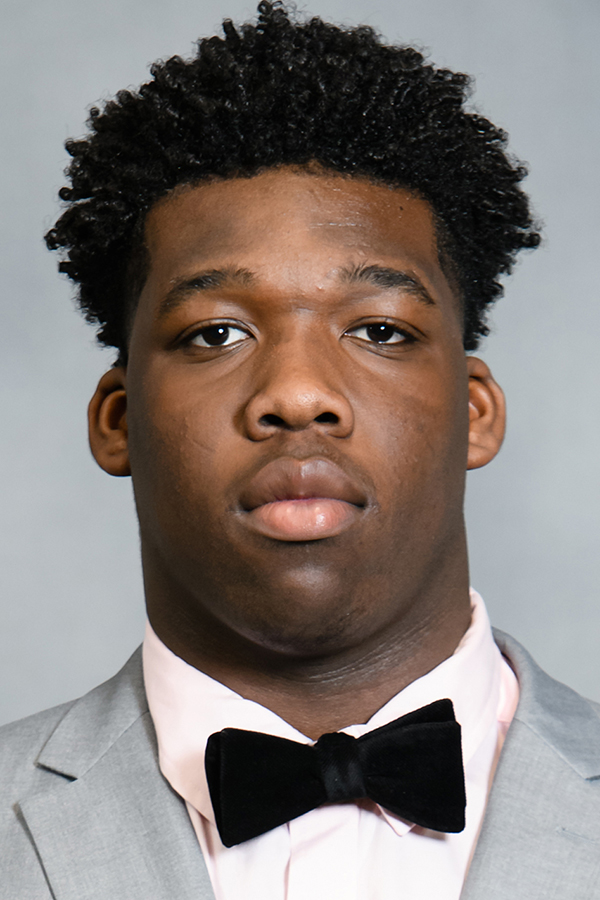 2021: Credited with 17 tackles (3.5 for loss), 2.5 sacks, a pass breakup and a fumble recovery over 213 defensive snaps in 12 games (one start) … recorded two tackles (one for loss) vs. SC State … made three tackles at NC State … contributed four tackles vs. Boston College … had one tackle at Syracuse … recorded his first career start at No. 23 Pitt, collecting two tackles and his first career fumble recovery … had one tackle and a half-sack — the first of his career — vs. Florida State … made one tackle vs. UConn … notched a career-high 2.0 sacks vs. No. 13 Wake Forest … made one tackle at South Carolina.

2019: Credited with three tackles in nine defensive snaps over three games while redshirting … made collegiate debut vs. Charlotte … made one tackle vs. Wofford … contributed two tackles vs. Wake Forest … ACC Honor Roll selection.

Before Clemson: Ranked as sixth-best overall player in the state of Missouri by 247Sports … ranked as 28th-best defensive end in the nation by that site … ranked as ninth-best overall player from Missouri in this class by Rivals.com and the 41st-best defensive end … ranked as 11th-best player in Missouri by ESPN and 35th-best defensive end … second signee from the state of Missouri to come to Clemson, joining Mario Goodrich, who signed with Clemson a year earlier out of the Kansas City area … only played three years of football, he has a high upside with a large wingspan … named team Defensive Lineman of the Year at Park Hill South High School in each of his final two years … first-team all-conference, all-district and second-team all-state by the Missouri Football Coaches Association … Mr. Panther Award winner at Park Hill South, the most prestigious award presented by the program … nominated for the Buck Buchanan Award as the top defensive lineman or linebacker in Greater Kansas City … finished 2018 with 62 total tackles, 16 tackles for loss, including three sacks … also recorded a safety … finished his junior year with 55 total tackles, seven tackles for loss, including three sacks, two forced fumbles and one recovered fumble … made first-team all-conference and all-district in 2018 and was a strong candidate for all-state honors, which were not yet announced at the time of his signing … played his high school football at Park Hill South High School for Mike Sharp … Clemson recruiters were Todd Bates and Brent Venables … committed to Clemson on July 29, 2018 … enroll at Clemson in January 2019.