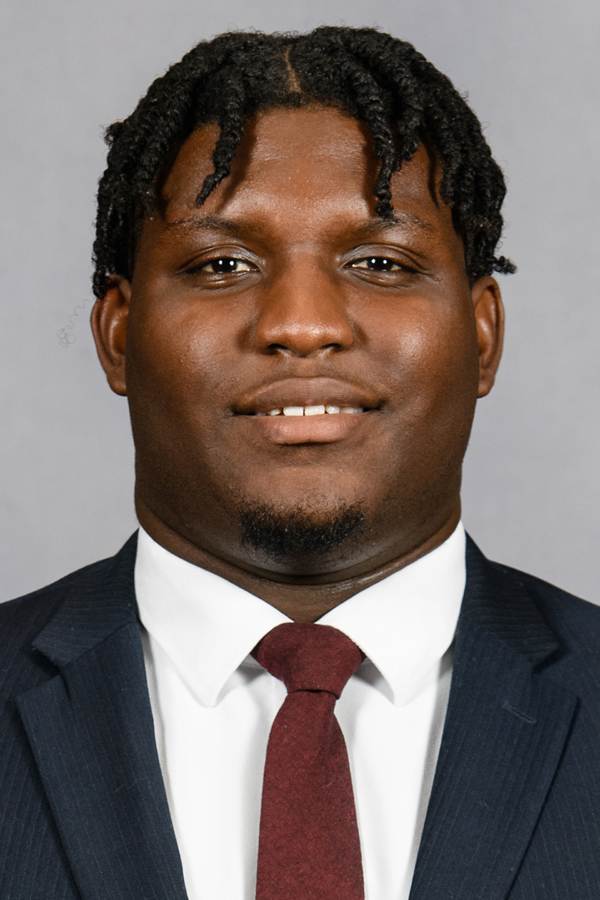 Promising young offensive lineman who played four snaps in one game as a true freshman in 2021 before suffering a season-ending knee injury.

Before Clemson: Ranked among the top 215 players in the nation by 247Sports and ESPN.com … ranked No. 135 in the nation by 247Sports, the eighth-best offensive lineman and fourth-best player in Tennessee … ESPN.com ranked him as a top 300 player, the ninth-best at his position and sixth-best player in Tennessee … four-star signee according to ESPN.com and 247Sports … PrepStar Top 150 Dream Team selection who ranked as the nation’s No. 9 tackle and the No. 4 player in Tennessee … named Mr. Football for D2-AA in Tennessee in 2020 after being the runner-up for the honor in 2019 … preseason and postseason all-state honoree in 2019 … two-way starter on 2019 D2-AA state title team … MVP of the D2-AA West Region in 2019 and 2020 … postseason all-state D2-AA selection in 2018 … helped team to 9-4 record his senior year … graded at 93 percent or better for every game his junior and senior seasons … also recruited by LSU, Auburn, Florida State and Georgia … also played basketball and threw shot put and discus … along with classmate Jake Briningstool, was one of Clemson two signees from Tennessee in a single class for the second time under Dabo Swinney, joining the 2017 signing class that produced two of Clemson’s top 16 players in career receiving yardage (Tee Higgins and Amari Rodgers, both of whom hailed from the Knoxville area) … committed to Clemson on July 29, 2020 … recruited by Lemanski Hall and Robbie Caldwell … played for Trey Adams at Evangelical Christian School.