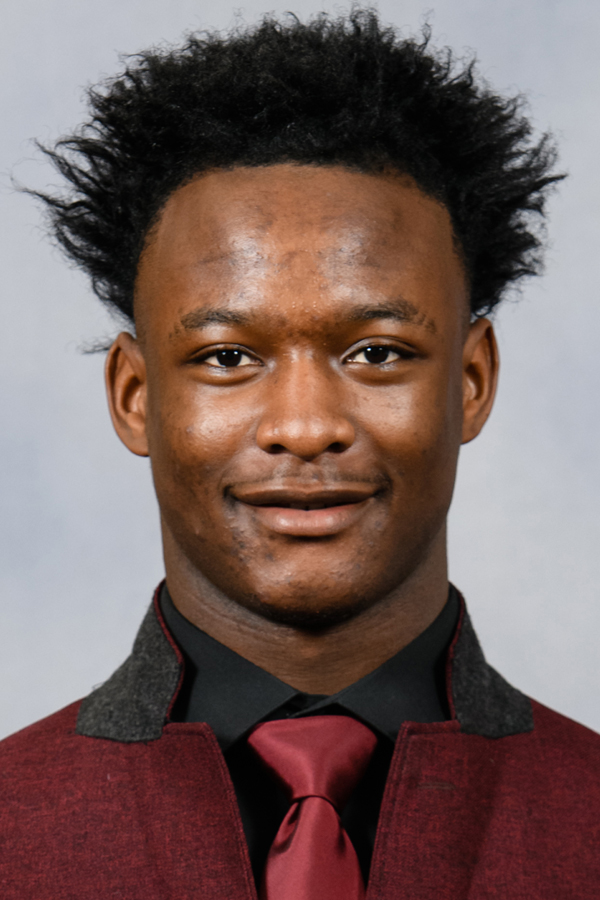 Texas native who made an immediate impact in 2021, earning Freshman All-American honors from nearly every outlet … became the first true freshman defensive back to start a season opener for Clemson since the NCAA instituted permanent freshman eligibility in 1972 … started more games (10) in the defensive backfield than any Clemson true freshman in the modern era in 2021 … enters 2022 credited with 54 tackles (two for loss), a sack, nine pass breakups and a fumble recovery in 576 snaps over 13 games (10 starts).

2021: Freshman All-American selection by the Maxwell Football Club, FWAA, 247Sports, The Athletic, PFF and On3 Sports … earned ACC Defensive Rookie of the Year, making Clemson the first school to produce back-to-back winners of the award after Bryan Bresee secured the honor a year earlier … third-team All-ACC selection … also earned second-team All-ACC honors from PFF … Shaun Alexander Freshman of the Year semifinalist … played 576 snaps over 13 games (10 starts), collecting 54 tackles (two for loss), a sack, nine pass breakups and a fumble recovery … credited by the Clemson coaching staff with nine pass breakups, tying the Clemson single-season true-freshman record shared by Robert O’Neal (1989) and Justin Miller (2002) … became the first Clemson defensive back to start at least 10 games as a freshman since cornerback Mackenzie Alexander started 13 games as a redshirt freshman, and his 10 starts were the most by a true freshman defensive back in the two-platoon era … started in his collegiate debut vs. No. 5 Georgia, contributing eight tackles and a pass breakup … became the first true freshman defensive back to start a season opener for Clemson in records back to 1973 … added a pass breakup vs. SC State … credited with two tackles and two pass breakups vs. Georgia Tech … recorded his first game with double-digit tackles at NC State, posting 11 tackles (one for loss) … contributed two tackles vs. Boston College … added five tackles and a pass breakup at Syracuse … made two tackles at No. 23 Pitt … recorded three tackles, a pass breakup and a fumble recovery vs. Florida State … notched his first career sack among his three tackles at Louisville … made four tackles vs. UConn … added nine tackles and credited by coaches with a career-high three pass breakups vs. No. 13 Wake Forest … made three tackles at South Carolina … recorded two tackles vs. Iowa State and had a key lead block on Mario Goodrich’s interception return touchdown.

From Zimbabwe to Austin to Clemson, the next stop in Andrew Mukuba's journey will be in Charlotte on Friday to accept the 2021 ACC Defensive Rookie of the Year award.

Before Clemson: Ranked as No. 152 overall player in the nation by ESPN.com, which also ranked him as the fifth-best safety in the nation … ranked No. 205 and as the 14th-best safety by 247Sports … four-star player according to ESPN.com and 247Sports … PrepStar Top 350 All-American who ranked as the nation’s No. 160 overall prospect and the ninth-best safety according to that service … won District Offensive Player of the Year as a senior … had 27 receptions for 427 yards and six scores … added 20 carries for 173 yards and two scores … on defense, had 60 tackles, six interceptions and four caused fumbles … in the state quarterfinals he had two interceptions on defense and also scored on a diving 19-yard catch on offense … District 12-5A Newcomer of the Year in Texas in 2019 … had 32 receptions for 635 yards and 12 touchdowns on offense … added 80 tackles, five interceptions and three forced fumbles on defense … had two touchdowns on kick returns as well … All-State as a receiver that year … committed to Clemson on Sept. 1, 2020 … recruited by Mickey Conn and Brent Venables … called by Dabo Swinney as Clemson’s first “COVID commit,” as he wasn’t able to meet Clemson’s staff in-person until he enrolled in January by virtue of 2020 pandemic recruiting restrictions … played for Jahmal Fenner at Lyndon B. Johnson High School.