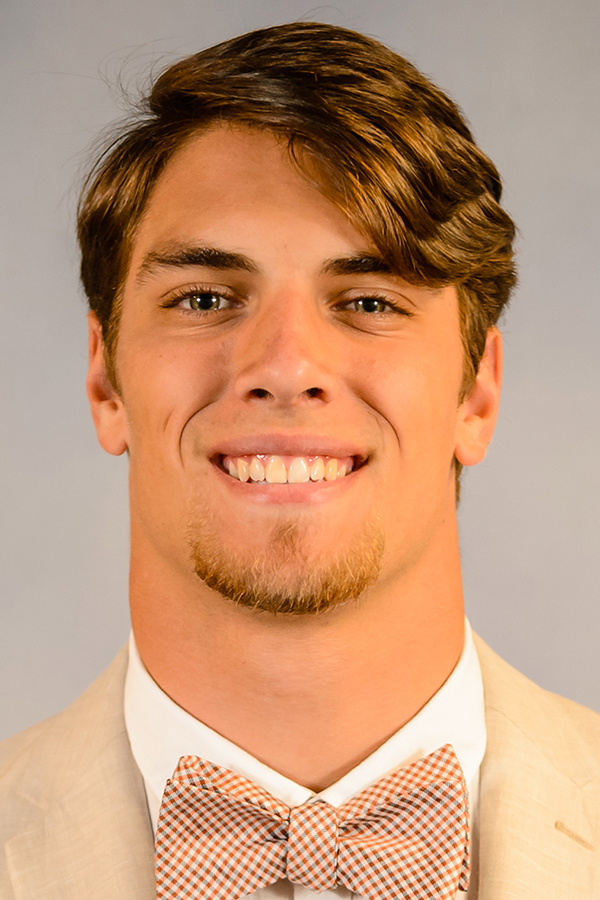 Veteran safety who finished his Clemson career credited with 237 career tackles (10.5 for loss), 15 passes broken up, 4.0 sacks, seven interceptions for 102 yards (including a 64-yard return for a touchdown), a forced fumble and a 63-yard fumble return for a touchdown in 1,921 snaps over 59 career games (39 starts) … at the conclusion of his Clemson tenure, his 59 career games played ranked tied for the most in school history with Christian Wilkins, Cannon Smith and K’Von Wallace.

2019: Thorpe Award semifinalist … third-team AP All-American … first-team All-ACC selection … voted as a permanent team captain … credited with 73 tackles, (6.0 for loss), 2.0 sacks, five pass breakups and a team-leading four interceptions in 669 snaps over 15 games (all starts) … posted seven tackles and an interception vs. Georgia Tech … recorded four tackles and an interception vs. No. 12 Texas A&M, becoming the first Clemson player since 2009 to open a season with an interception in each of the first two games of a season … added nine tackles (two for loss) including a sack at Syracuse, sharing team defensive player of the week honors … added a three tackles vs. Charlotte .. contributed six tackles (one for loss) and a pass breakup in a single half of play at North Carolina prior to exiting the game with a hamstring injury … recorded three tackles and his third interception of the season vs. Florida State … posted seven tackles at Louisville … contributed seven tackles and two pass breakups vs. Boston College to share team defensive player of the game honors … registered four tackles vs. Wofford … added two tackles at NC State … earned team defensive player of the game honors after contributing four tackles (2.0 for loss), a nine-yard sack and an interception vs. Wake Forest … contributed five tackles at South Carolina … made four tackles in ACC Championship Game vs. No. 22 Virginia … recorded four tackles (one for loss) vs. No. 1 LSU.

Before Clemson: No. 17 player in North Carolina by Rivals.com … had eight interceptions in his last three seasons … had 150 tackles and four interceptions along with 1,292 yards on 90 carries, including six 100-yard rushing games, and seven receptions for 150 yards as a senior … first-team all-state as a defensive player … Shrine Bowl selection … had 47 tackles along with 400 rushing yards and five touchdowns as a junior … hit .474 with five homers and 33 RBIs as a junior center fielder, and .380 as a senior when his team advanced to the second round of the state tournament … coached by Mickey Lineberger … recruited by Dan Brooks and Mike Reed.