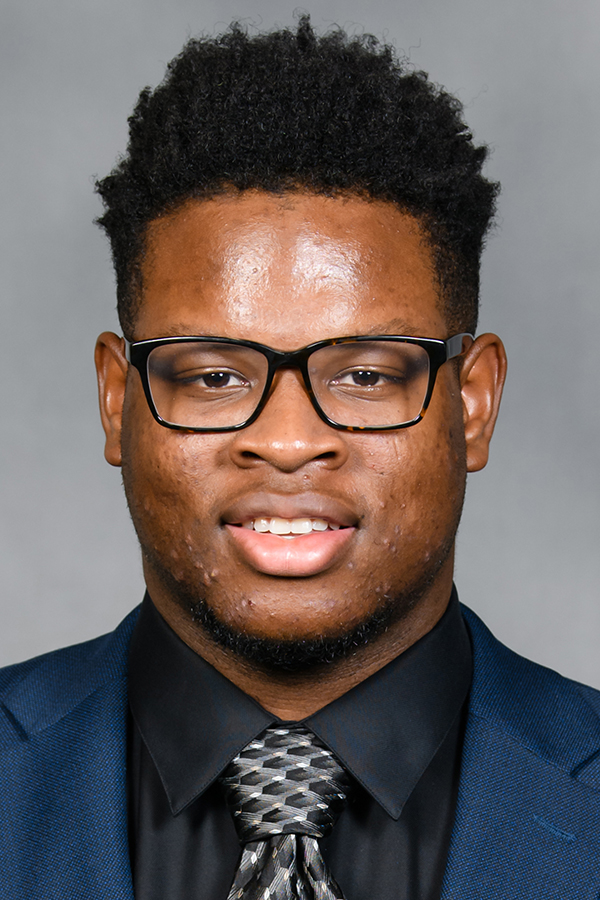 Former Top 5 national recruit who made an instant impact, earning Freshman All-America honors from several outlets in 2020 and earning a fourth-team All-American selection from Phil Steele in 2021 … enters 2022 credited with 94 tackles (26.0 for loss), 11.0 sacks, five forced fumbles and three pass breakups in 963 snaps over 25 games (16 starts) … joined Gaines Adams, Vic Beasley and Clelin Ferrell as the only Clemson players since 2000 to post multiple seasons with multiple forced fumbles and at least four sacks.

2021: Second-team All-ACC selection … collected first-team all-conference honors from the PFF and Phil Steele and second-team honors from the AP … fourth-team All-American according to Phil Steele … credited with 43 tackles, a team-high 14.0 tackles for loss, team-best 7.0 sacks, two forced fumbles and two pass breakups in 549 snaps over 13 games (10 starts) … recorded four tackles (1.5 for loss) with a sack vs. No. 5 Georgia … credited with two tackles (0.5 for loss) vs. Georgia Tech … added seven tackles (one for loss) at NC State … recorded five tackles (2.5 for loss) with 1.5 sacks vs. Boston College, his first multi-sack game since his collegiate debut a year earlier … made one tackle at No. 23 Pitt … earned ACC Co-Defensive Lineman of the Week and team defensive player of the game after being credited with five tackles (three for loss), a career-high-tying 2.0 sacks and a blocked PAT vs. Florida State, Clemson’s first blocked placekick since the 2020 season opener and first blocked PAT since November 2018 … added five tackles and a pass breakup at Louisville … contributed three tackles, 1.5 sacks, a forced fumble and a pass breakup in earning defensive player of the game honors vs. UConn … recorded three tackles, a sack and a forced fumble vs. No. 13 Wake Forest, becoming the first Clemson player to force a fumble in consecutive games since Vic Beasley against NC State and Wake Forest in 2013 … made five tackles (one for loss) at South Carolina … posted three tackles (one for loss) vs. Iowa State.

2020: Freshman All-American according to The Athletic, ESPN, Rivals and the Football Writers Association of America … named ACC Co-Newcomer of the Year by the AP … third-team All-ACC pick by PFF … credited with 51 tackles (including a team-high 12.0 for loss), 4.0 sacks, three forced fumbles and a pass breakup in 414 snaps over 12 games (six starts) … was the first Clemson true freshman in the Dabo Swinney era to record three forced fumbles in a season as well as the first Clemson freshman (true or redshirt) with three forced fumbles in a season since redshirt freshman Ed McDaniel in 1988 … along with fellow true freshmen Bryan Bresee and Trenton Simpson, their four sacks each tied William Perry (4.0 in 1981), Ricky Sapp (4.0 in 2006) and Shaq Lawson (4.0 in 2013) for third-most sacks by a Clemson true freshman all-time … shined in collegiate debut at Wake Forest, producing a team-high seven tackles (three for loss) including two sacks … he and fellow true freshman Bryan Bresee became the first Clemson first-year freshmen to record a sack in a season opener since Dexter Lawrence and Tre Lamar in 2016, and Murphy became the first true freshman to post 2.0 sacks in a game since Lawrence in the 2016 ACC Championship Game … tied for the team lead with 2.0 tackles for loss among his three tackles vs. The Citadel, also forcing a fumble that led to James Skalski’s 17-yard scoop and score … posted a six-tackle performance vs. Virginia … added five tackles including a half-sack vs. No. 7 Miami … credited with four tackles (1.5 for loss), a sack and a forced fumble at Georgia Tech, sharing team defensive player of the game honors … added three tackles (0.5 for loss) vs. Syracuse … contributed three tackles vs. Boston College … made five tackles (one for loss) at No. 4 Notre Dame … added a tackle vs. Pitt … recorded seven tackles (one for loss) and a forced fumble at Virginia Tech … notched a half-sack in ACC Championship Game vs. No. 2 Notre Dame … contributed six tackles (1.5 for loss) and a pass breakup in Sugar Bowl vs. No. 3 Ohio State.

Personal: Born Jan. 3, 2002 … majoring in construction science and management … plans to follow a similar path as his brother, an engineering major, and has expressed aspirations of becoming an architect … enrolled at Clemson in January 2020 … his father, Willard Murphy, played at Chattanooga and his older brother, Maxwell, played at NAIA Worcester Polytechnic in Massachusetts.