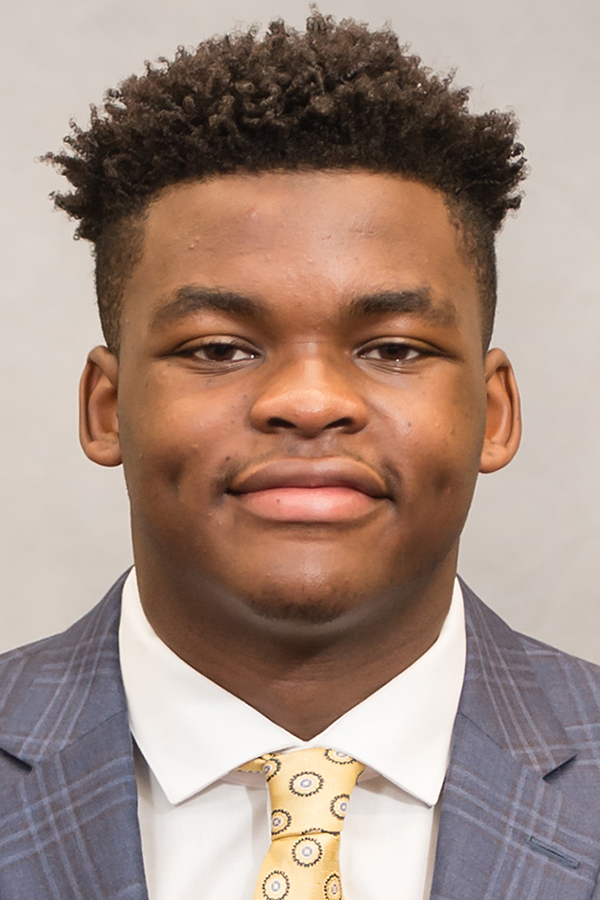 2020: Credited with 30 tackles (4.0 for loss), four pass breakups, two interceptions, a forced fumble and a half-sack in 359 snaps over 10 games (seven starts) … named as a second-team All-ACC selection by PFF … made first career start at Wake Forest, recording six tackles … started home opener vs. The Citadel … collected three tackles and a pass breakup vs. Virginia … registered one tackle and a pass breakup vs. No. 7 Miami … contributed four tackles (2.0 for loss) and a forced fumble at Georgia Tech … against Syracuse, recorded three tackles, a half-sack and his first career interception, which he returned 40 yards to the three-yard line to set up a Clemson touchdown, helping him share team defensive player of the game honors … missed two games but returned to action with a two-tackle performance vs. Pitt … recorded eight tackles (1.5 for loss) and a pass breakup at Virginia Tech … added a tackle in ACC Championship Game vs. No. 2 Notre Dame … posted two tackles and a red zone interception in Sugar Bowl vs. No. 3 Ohio State.

2019: Credited with 19 tackles (4.0 for loss) a forced fumble and a pass breakup in 181 snaps over 15 games … contributed to wins against Georgia Tech and No. 12 Texas A&M … added four tackles (one for loss) at Syracuse … made three tackles vs. Charlotte … added a tackle vs. Florida State and at Louisville … recorded two tackles, both for loss, vs. Boston College … contributed two tackles (one for loss) and his first career forced fumble vs. Wofford … made three tackles at NC State … posted two tackles vs. Wake Forest … broke up a pass on a fourth-down stop at South Carolina … added one tackle vs. No. 22 Virginia in the ACC Championship Game … played on special teams vs. No. 2 Ohio State and No. 1 LSU.

Before Clemson: No. 208 player in the nation by ESPN and No. 210 player by 247Sports … No. 10 outside linebacker in the nation by ESPN and No. 15 outside linebacker by 247Sports … played in Under Armour All-American Game … played two years at IMG (Fla.) Academy, helping it to a No. 2 final national ranking and 9-0 record as a senior, and a No. 4 national ranking and an 11-0 record as a junior … had 22 tackles, five tackles for loss, five pass breakups and a recovered fumble as a junior … had 11 passing touchdowns and 10 rushing touchdowns along with 60 tackles and 13 sacks as a freshman … teammate of fellow Tiger signee Xavier Thomas … coached by Kevin Wright at IMG Academy … recruited by Tony Elliott and Brent Venables … enrolled at Clemson in January 2018.