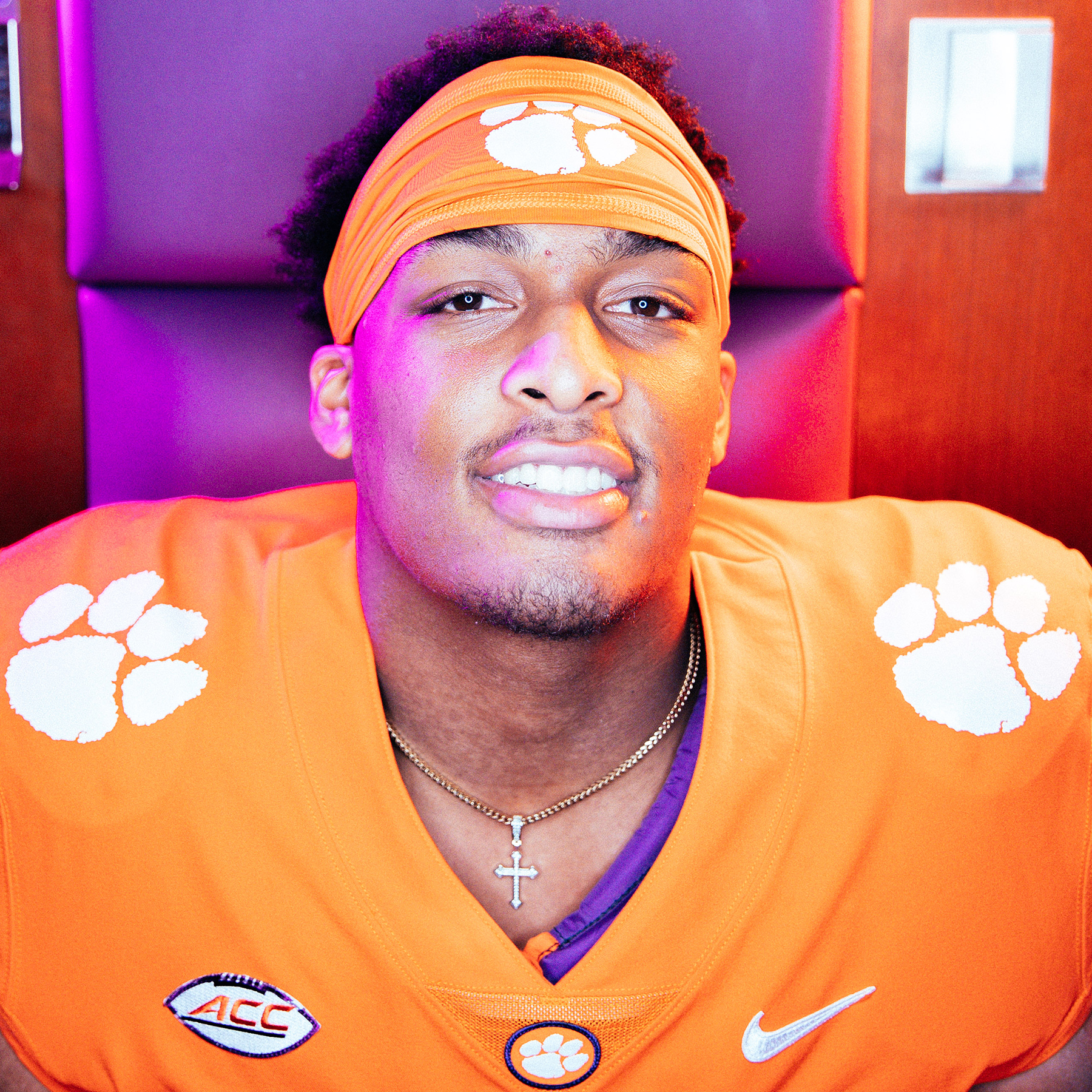 Productive tight end following in the Clemson footsteps of his father, Patrick

Overview: Second-generation Clemson football player, as his father, Patrick, was a quarterback and outside linebacker for the Tigers between 1992-95 … PrepStar All-Atlantic Region selection … helped Greenville High to a 10-3 record and the final four of state playoffs, Greenville High’s first appearance in the Upper State title game … Shrine Bowl selection for South Carolina … had productive career at Greenville High, including a senior year when he had 50 receptions for 836 yards and 10 touchdowns … averaged 16.7 yards per catch … added six rushing touchdowns for a total of 16 touchdowns for the year … had 87 career receptions for 1,331 yards and 11 touchdowns, a 15.3 per reception average … had 118 yards on seven catches against Mauldin and 105 yards and two scores on three catches vs. J.L. Mann as a senior … had eight catches for 68 yards and a touchdown against a powerful South Pointe team in the state playoff … had best game as a junior vs. Greenwood with 68 yards and a touchdown on eight receptions … had 15 catches for 213 yards in the six games the team played in 2020 … had 22 catches for 282 as a sophomore in 2019 … comes to Clemson as tight end after playing both tight end and running back in high school … coached by Greg Porter at Greenville High School … high school teammate of Clemson 2022 signee Collin Sadler … committed to Clemson on October 19, 2021 … plans to enroll at Clemson in summer of 2022 … his father, Patrick, was a starting quarterback for the Tigers his first three years (1992-94) who led Clemson to a 40-7 win over No. 18 North Carolina in 1992 … Patrick moved to outside linebacker in 1995 and had 53 tackles, fifth on the Clemson team, nine tackles for loss and 5.5 sacks while starting all 12 games defensively … Patrick, who currently works in administration for Clemson, was a second-round draft choice of the San Diego Chargers who played 63 games in four years with San Diego and Arizona … wore No. 5 in high school … born May 9, 2004.