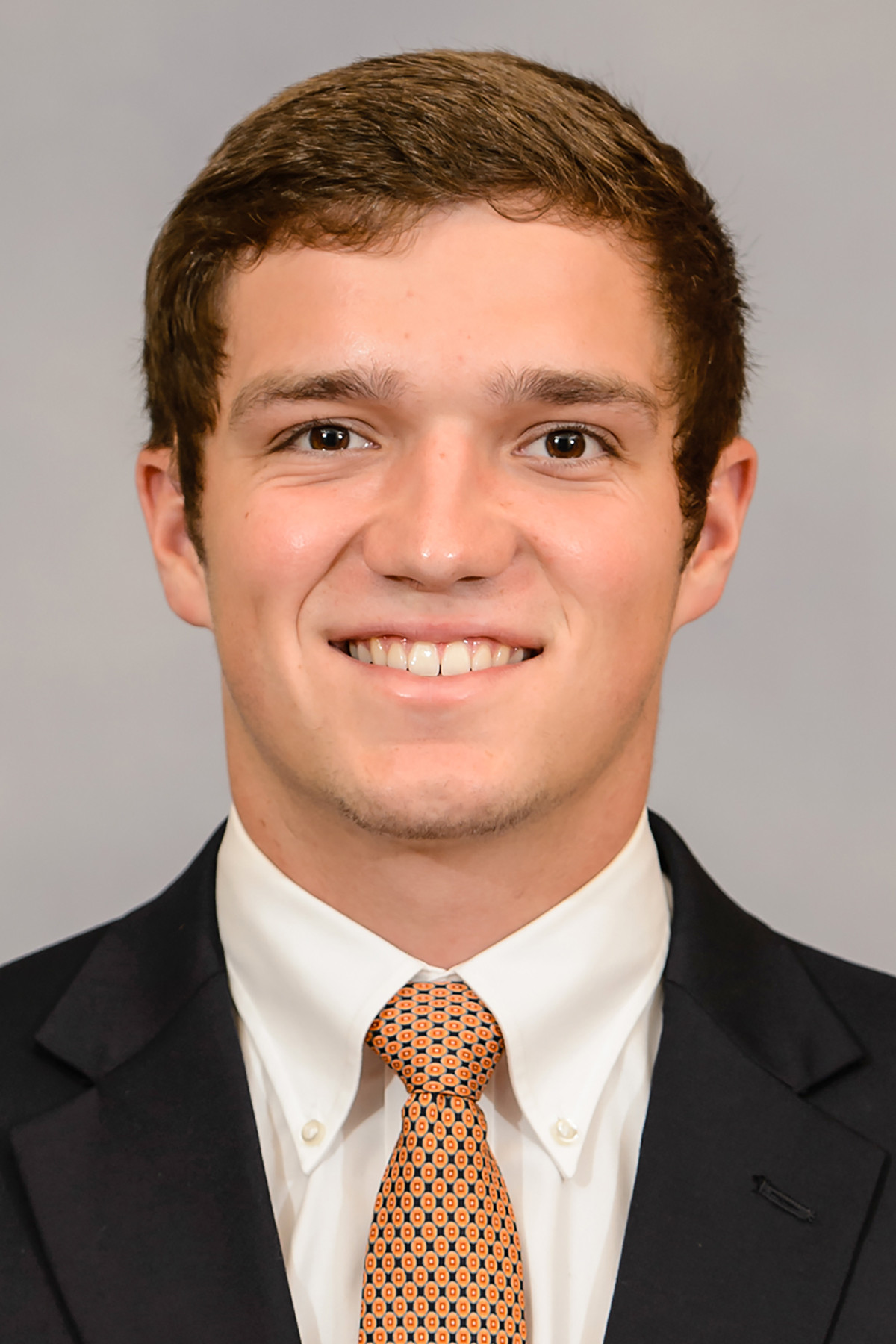 Original walk-on who joined the team in the summer of 2015 and blossomed into an All-American by season’s end … three-year starting placekicker who sat in the stands as a spectator at Memorial Stadium as a first-year freshman in 2014 … set a Clemson record with at least one field goal in 18 straight games into the start of the 2016 season … finished his Tiger career 54-71 (76.1 percent) on field goals and 217-227 on extra points for 379 points in 48 games (all starts) in his career … exited Clemson ranked first in first in school history in extra points (217), second in career points (379) and sixth in career field goals (54) in addition to holding a record with a field goal in five different bowl games.

2018: Honorable mention All-ACC … finished 11-16 on field goals and 76-78 on PATs in 15 games … converted both field goal attempts, including a career-long 49-yarder, and was 5-5 on PATs in season opener vs. Furman … was 4-4 on field goal attempts at Texas A&M … went 1-3 with a 37-yarder on field goals and was 5-5 on PATs vs. Georgia Southern … was 7-7 on PATs at Georgia Tech, scoring his 300th career point on the final PAT to join Chandler Catanzaro, Aaron Hunt, C.J. Spiller, Nelson Welch and Travis Zachery as the only players in Clemson history to score 300 career points … went 2-3 with field goals of 43 and 37 yards and was 3-3 on PATs in Clemson’s comeback victory vs. Syracuse … was a perfect 7-7 on PATs at Wake Forest … became only the seventh player in school history to record 50 career field goals, reaching the feat vs. No. 16 NC State while converting field goals of 28 and 27 yards in addition to going 5-5 on PATs during the contest … was 3-3 on PATs at Florida State … finished 7-7 on PATs vs. Louisville … earned co-special teams player of the week honors from the team for his 2-2 performance on field goals and 3-3 performance on PATs at No. 17 Boston College … went 5-5 on PATs vs. Duke … converted 8-8 PATs vs. South Carolina … broke Chandler Catanzaro’s school record for PATs (203) on a 6-6 performance on PATs against Pitt … converted a 40-yard field goal and missed from 49 yards while finishing 4-for-5 on PATs vs. No. 3 Notre Dame in the Cotton Bowl … hit a 36-yard field goal and 5-6 PATs in National Championship Game vs. No. 1 Alabama.

2017: Was 2-4 on field goals and 14-15 on extra points for 20 points in three games (three starts) … made all seven extra-point attempts and had four touchbacks on five kickoffs against Kent State on Sept. 2; named team special teams player-of-the-game … suffered a torn ACL during practice on Sept. 20 and missed the rest of the season.

2016: Lou Groza Award semifinalist … second-team All-ACC (media, coaches) … made 14-19 field goals and Clemson single-season record 71 extra points for 113 total … second straight year he scored at least 100 … 113 were fifth-most in a season in Clemson history … also had 37 touchbacks, a huge area of improvement from his freshman year … booted a pair of field goals in six-point win at Auburn … went 3-3 on field goals and knocked in five touchbacks en route to being special teams player of the game against Troy … made all three of his field goal attempts at Florida State, including a fourth quarter 46-yarder that put Clemson ahead, to earn a share of special teams player of the game honors from the coaching staff … hit 46-yard field goal against Syracuse … posted five touchbacks in game against Pittsburgh … split the uprights with a 45-yard field goal in the Fiesta Bowl.

2015: Second-team All-American by Sports Illustrated … first walk-on to earn All-America honors in Clemson history while still a walk-on … first-team freshman All-American by USA Today … second-team All-ACC (media) … third-team All-ACC (coaches) … converted national-best 27 field goals (in 32 attempts), an 84-percent success rate … scored 138 points, which set a Clemson single-season record for overall scoring and kick scoring … overall point total passed C.J. Spiller (128 in 2009) for most in Clemson history, and also topped the kick-scoring record of 118 posted by Chandler Catanzaro in 2011 … missed just one field goal against ACC competition, and it came from 47 yards out in the championship game versus North Carolina … posted double figure point total in eight games … did not miss a field goal between October 10 and November 28 and made his final eight field goals in Memorial Stadium … hit a 47-yard field goal in his second career game, when he was 2-3 versus Appalachian State … special teams player-of-the-game after making both field goal attempts in three-point win over Louisville on the road … connected on two field goals against Boston College, with a long of 42 … produced first career three field goal effort at NC State … duplicated the effort the following week when he was named specialist-of-the-game by coaches against Florida State … co-special teams player-of-the-game by coaches after booting three more field goals at Syracuse, including a long of 42 … made 16th consecutive field goal in his hometown of Columbia at South Carolina, a 36-yarder … went 3-4 on field goals and 4-4 on extra points in the Orange Bowl, while handling kickoff duties as well … booted two field goals and all four of his extra points in National Championship Game versus Alabama.