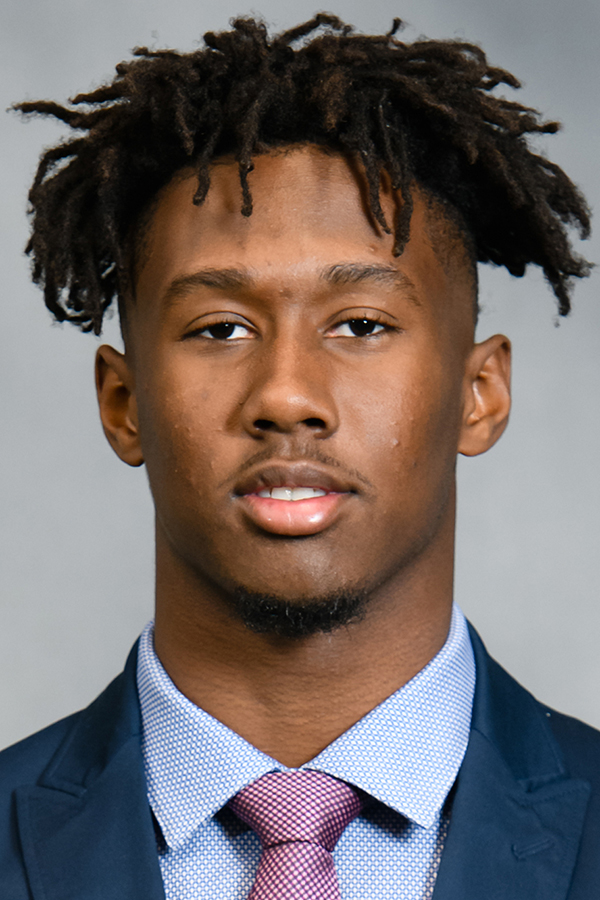 Deep threat who enters 2021 having caught 27 career passes for 409 yards with six touchdowns in 515 snaps over 25 games (four starts).

2019: Posted 128 yards and three touchdowns on nine catches in 254 snaps in 15 games … made collegiate debut vs. Georgia Tech, catching a 21-yard touchdown pass from Chase Brice on his first career reception … caught one pass vs. No. 12 Texas A&M … recorded a highlight reel seven-yard touchdown catch at Syracuse … caught a six-yard pass vs. Charlotte … made a four-yard catch vs. Florida State … caught a 13-yard pass at NC State … recorded two receptions for 20 yards and a touchdown vs. Wake Forest … caught a career-long 57-yard pass vs. No. 22 Virginia in the ACC Championship Game.

In High School: Ranked among the top 51 players in the nation by five services … Clemson’s highest-rated player in the class of 2019 by PrepStar, as he was 22nd overall and the fifth-best wide receiver with a five-star rating … rated No. 23 player in the nation by USA Today Chosen 25 … ranked 33rd-best overall player by 247Sports, who also listed him as the fourth-best receiver in the nation and fourth-best overall player from Florida … ESPN ranked Ladson 35th overall, third-best from state of Florida and the fifth-best wide receiver … Rivals.com ranked Ladson 36th-best overall, fifth-best from Florida and seventh-best wide receiver … noted recruiting analyst Tom Lemming ranked Ladson 51st among his top 100 players … attended The Opening in summer of 2018 … had record-setting senior year when he had 50 catches for 1,133 yards (22.7 per catch) and 13 touchdowns … set school record for receiving yards … led team to a 10-3 season in 2018 … as a junior had 29 catches for 675 yards (23.7 per catch) and eight touchdowns … over last two years had 79 receptions for 1,808 yards and 21 touchdowns, and average of 22.9 yards per reception … will play in All-American Bowl … played his high school football at South Dade High School for Nathaniel Hudson … wore No. 9 in high school … primary Clemson recruiter was Jeff Scott … committed to Clemson on April 14, 2018 … enrolled at Clemson in January 2019.