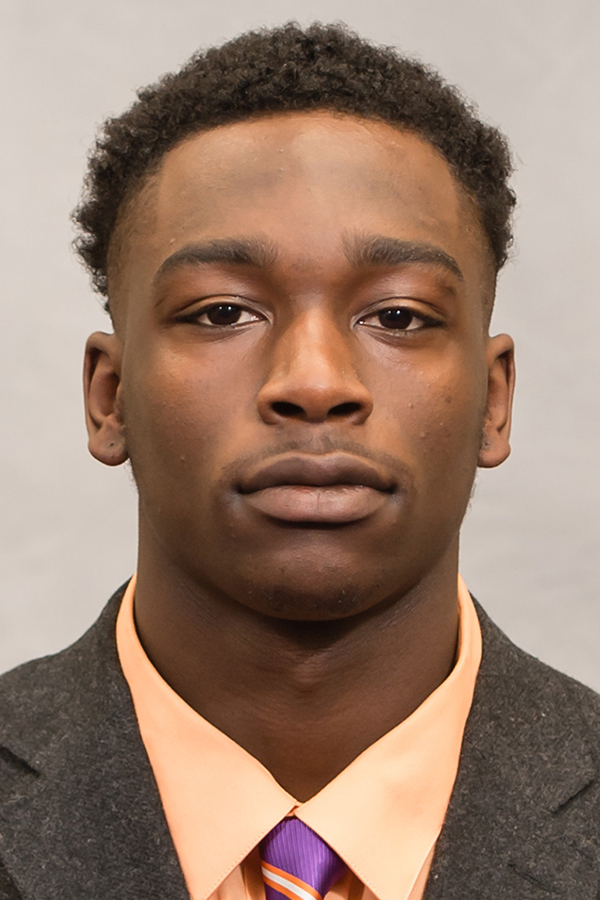 Versatile athlete who enters 2021 having played a total of 1,354 combined snaps from scrimmage at cornerback and wide receiver in 39 career games (23 starts) and having been credited with 71 tackles (4.0 for loss), 12 pass breakups, three interceptions (including one returned 38 yards for a touchdown), one sack and one fumble recovery (returned 66 yards for a touchdown). Also recorded 15 career receptions for 210 yards and has returned 15 career kickoffs an average of 23.3 yards from 2018-19.

2020: First-team All-ACC … also a first-team All-ACC pick by the AP and PFF … credited with 20 tackles (one for loss), six pass breakups, a sack, an interception and a fumble recovery (which he returned 66 yards for a touchdown) in 382 snaps over nine games (eight starts) … unavailable at Wake Forest … made season debut vs. The Citadel, adding one tackle … posted three tackles and two pass breakups vs. Virginia … notched his first interception of the season vs. No. 7 Miami … added a tackle at Georgia Tech … held out as a precaution vs. Syracuse … made three tackles vs. Boston College … contributed four tackles and two pass breakups at No. 4 Notre Dame … registered three tackles and returned a fumble return 66 yards for his second career touchdown at Virginia Tech … credited with four tackles and a sack in ACC Championship Game vs. No. 2 Notre Dame … broke up a pass in Sugar Bowl vs. No. 3 Ohio State.

2019: Second-team All-ACC selection … transitioned to cornerback on an emergency basis in the spring and immediately impressed, earning the starting role … credited with 51 tackles (3.0 for loss), six pass breakups and two interceptions (including one returned 38 yards for a touchdown) in 689 snaps in 15 games (all starts) while also returning two kickoffs for 51 yards and nine punts for 16 yards … made his defensive debut, starting at cornerback vs. Georgia Tech … posted six tackles and a pass breakup vs. No. 12 Texas A&M … added a tackle at Syracuse and vs. Charlotte … contributed two tackles at North Carolina … recorded two tackles and a 38-yard pick-six on his first career interception vs. Florida State … made two tackles at Louisville … credited with seven tackles vs. Boston College … added a tackle for loss vs. Wofford … posted three tackles including one for loss at NC State … recorded a tackle and a pass breakup vs. Wake Forest and shared team special teams player of the game honors after posting a 32-yard kickoff return on one of his two kickoff returns … contributed two tackles and an opening-drive interception at South Carolina … posted career-high nine tackles (one for loss) and two pass breakups in Fiesta Bowl win vs. No. 2 Ohio State … recorded another nine tackles vs. No. 1 LSU.

2018: Recorded 15 receptions for 210 yards and rushed five times for 41 yards in 283 snaps over 15 games … also entered bowl season averaging 23.0 yards on 13 kickoff returns … caught a 38-yard pass in his collegiate debut vs. Furman … had one catch for six yards against both Georgia Southern and Georgia Tech … caught two passes for 24 yards and jumpstarted the Tigers with a 40-yard return on the game’s opening kickoff vs. No. 16 NC State … contributed a 28-yard kickoff return and a 13-yard reception at Florida State … rushed twice for 36 yards and caught a six-yard pass vs. Louisville … gained 32 yards on his one reception at No. 17 Boston College … caught two passes for 37 yards vs. Duke … posted season highs with four receptions and 51 yards vs. South Carolina … added one catch against Pitt … played on offense and special teams in the Cotton Bowl vs. No. 3 Notre Dame and the National Championship Game against No. 1 Alabama.