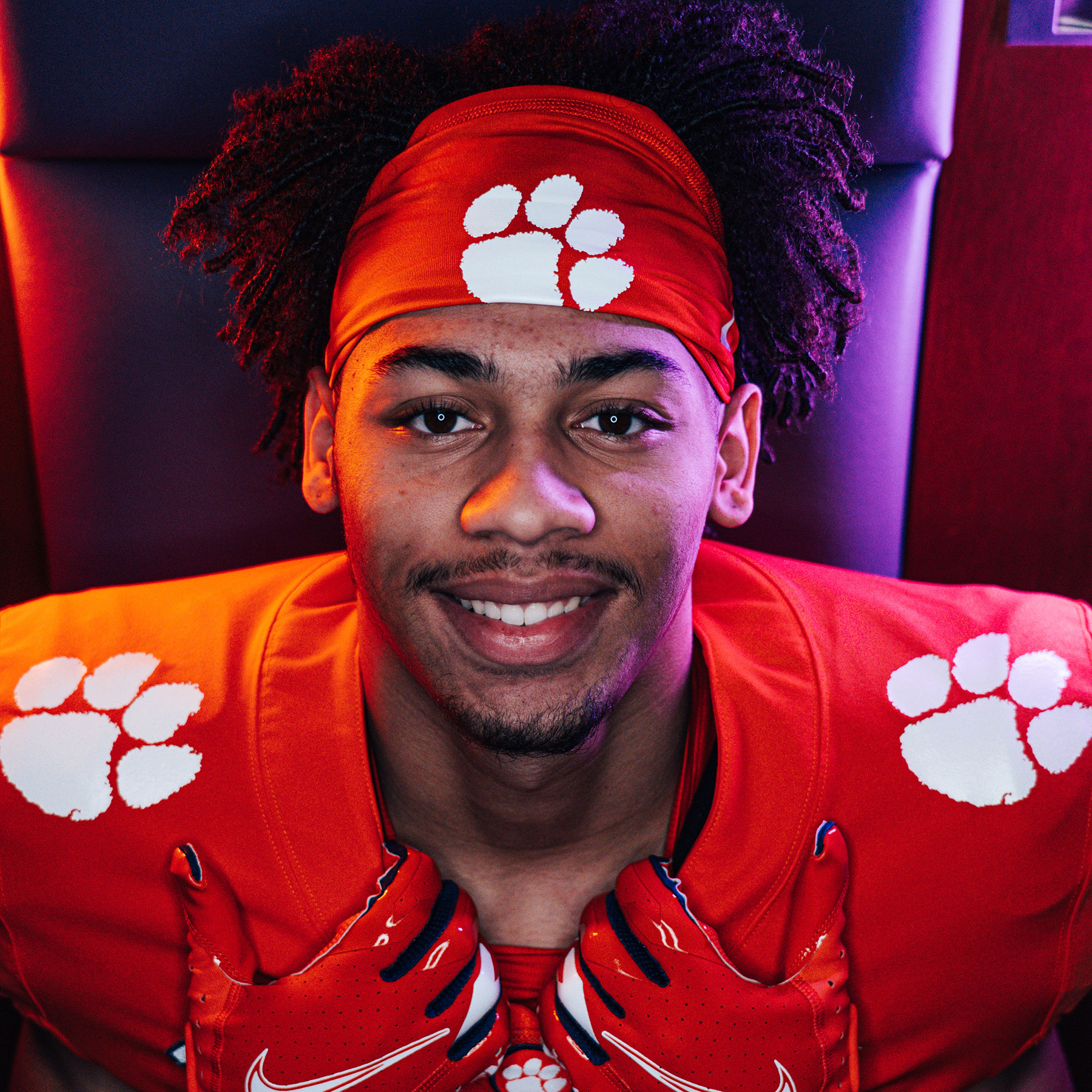 Overview: Highly regarded wide receiver from Dutch Fork High School, where he was rated as a top-100 player nationally by multiple outlets … Rivals.com ranked him as the nation’s No. 74 overall prospect, including ranking him as the nation’s No. 34 receiver and the fifth-best prospect in the state … ESPN ranked him as the No. 83 overall player in the nation, the ninth-best receiver and the third-best player in South Carolina … ranked No. 60 by 247Sports, which listed him as the nation’s sixth-best receiver and third-best player in South Carolina … ranked No. 158 overall in the nation by PrepStar, which also ranked him as the 23rd-best receiver and fifth-best player in South Carolina … On3 Sports ranked him as the nation’s No. 137 overall prospect, 19th-best among receivers and the fourth-best in South Carolina … selected to the Under Armour All-America Game in Orlando … played on three state championship teams at Dutch Fork … lost only one game in his high school career … helped Dutch Fork reach the 2021 state championship game and finish with a 12-1 record … had 137 career catches for 2,458 yards and 23 touchdowns … also had 20 career rushes for 241 yards (12.0 avg.) and a touchdown … also an outstanding punt returner who averaged 26.2 yards on 29 career returns … had 85 catches for 1,625 yards (including 10 100-yard receiving games) and 15 scores as well as 16 carries for 195 rushing yards in 2021 … added 12 punt returns for 365 yards, an incredible 30.4-yard average … had at least one touchdown in every game and scored 20 total touchdowns … had an 87-yard punt return for a score against Chapin, finishing the game with 120 receiving yards and 192 punt return yards … had 183 yards and three touchdowns on six catches vs. Spartanburg … had 165 yards on three kickoff returns against Greenwood … had a game-ending interception against Fort Dorchester in a 5A playoff game … caught 12 passes for 155 yards in the state championship game against Gaffney in his final high school game … had 51 catches for 837 yards and eight touchdowns and 17 punt returns for a 23.2-yard average in 2020 … had 10 catches for 196 yards and two touchdowns against River Bluff that year, also posting 126 receiving yards on seven catches against Spring Valley and six catches for 103 yards vs. South Pointe … had a 77-yard punt return for a touchdown during that season … coached by Tom Knotts at Dutch Fork … plans to enroll at Clemson in summer of 2022 … committed to Clemson on Dec. 9, 2021 … wore No. 8 at Dutch Fork … born July 14, 2004, the same day as fellow Clemson  2022 signee wide receiver Adam Randall.