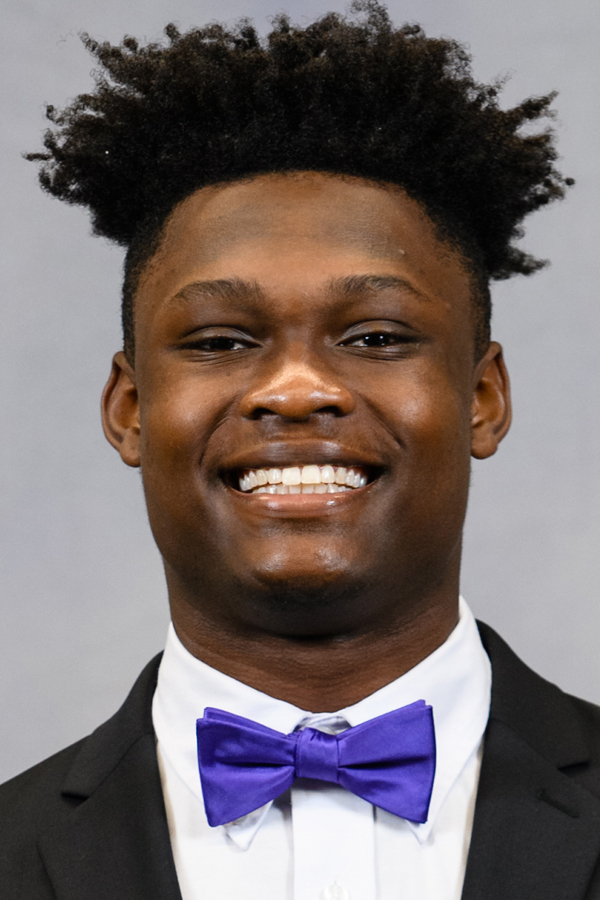 Parlayed impressive 2021 season into being one of five finalists for “Mr. Football” in South Carolina

2022: Despite tearing his ACL in spring practice, made his collegiate debut in Clemson’s third game of the season, catching an 11-yard pass vs. Louisiana Tech … caught a 16-yard pass vs. No. 10 NC State … added a seven-yard reception at Boston College … caught two passes for 27 yards at Notre Dame … snagged an 18-yard pass vs. Miami (Fla.)

Before Clemson: National top-125 player … one of five finalists for Mr. Football in South Carolina … first-team All-State 4A selection by the South Carolina Coaches Association … ranked as a five-star player and No. 79 player in the nation by PrepStar, which also listed him as the No. 7 receiver in the nation and No. 6 player in South Carolina … On3 Sports ranked him as the nation’s No. 81 overall prospect, the 11th-best wide receiver and the third-best prospect in South Carolina … ranked No. 102 in the nation by 247Sports, which rated him as the 17th-best wide receiver and fourth-best player in South Carolina … ranked No. 114 overall by ESPN.com, including rating him as the 15th-best wide receiver and fifth-best player in South Carolina … rated No. 172 by Rivals.com, 26th among receivers and fourth-best in South Carolina … selected to the Under Armour All-America Game in Orlando in January … played in North-South All-Star Game in Myrtle Beach … Shrine Bowl selection for South Carolina … committed to Clemson on Christmas Day 2020 … had a strong senior year with 1,267 receiving yards on 65 catches with 16 touchdowns … also had 325 yards rushing on just 45 attempts (7.2 yards per rush) and seven touchdowns, giving him 1,592 yards from scrimmage and 23 touchdowns … had best game on senior night with 10 catches for 255 yards and five touchdowns vs. North Myrtle Beach … had four games his senior year with at least 180 yards receiving … had nine catches for 206 yards and three scores vs. Oceanside in the season opener … had 181 yards on eight catches vs. Fort Dorchester and 211 on eight catches vs. Wilson … had an outstanding junior year, posting 46 receptions for 1,011 yards and nine touchdowns … had his best game as a junior vs. Hartsville with 134 yards and a touchdown on six receptions … had seven catches for 100 yards and a touchdown as a sophomore … helped Myrtle Beach High School to 12-1 record in 2021 … helped Myrtle Beach High to 2018 state title … ranked as No. 17 “Freak Athlete” in the country by 247Sports … ran a 10.94 in the 100 meters at a track meet in 2020 … coached by Mickey Wilson at Myrtle Beach High School … from the same area in South Carolina that produced former Tiger and current Las Vegas Raider Hunter Renfrow … enrolled at Clemson in January 2022.