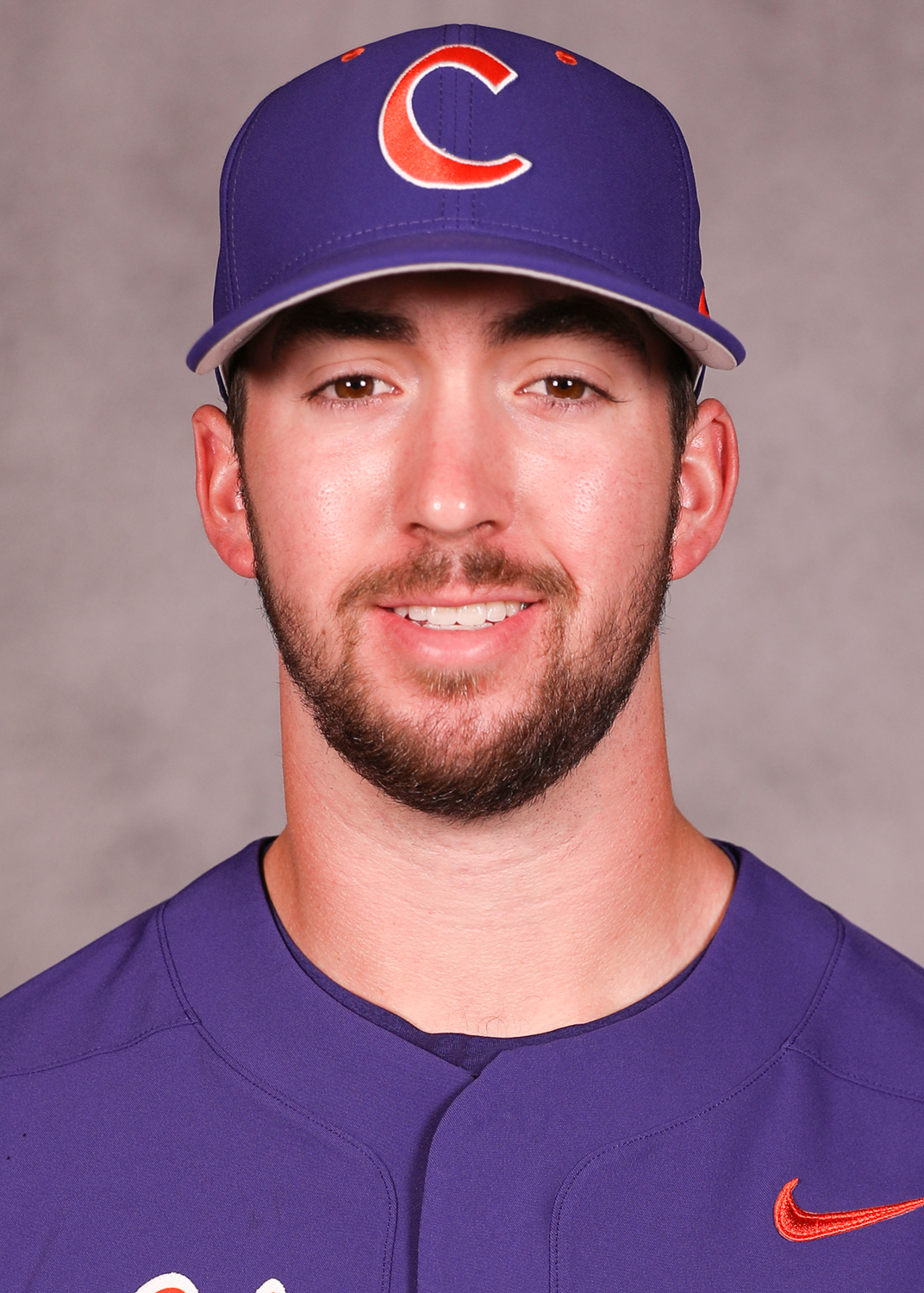 Hard-throwing righthander who was both a starter and long reliever … in 26.2 innings pitched over 12 appearances (six starts) and two seasons, he had a 1-2 record and 4.39 ERA while allowing 22 hits (.222 opponents’ batting average) and 22 walks with 32 strikeouts.

Before Clemson: All-state as a senior … region pitcher-of-the-year and team MVP … lettered four times in baseball at Bleckley County High School, where he was coached by Brad Davis.

• Favorite hobbies – Hunting, fishing, going to church and spending time with friends and family
• Interesting facts about family/parents – His grandfather and brother were both drafted by the Cardinals
• One fact that most people don’t know – Has been the tallest member of his family since eighth grade
• Favorite food or candy – Home-cooked meals from his mother
• Proudest childhood accomplishment – Winning the 2017 17U BCS title in Fort Myers, Fla.
• Ideal vacation spot – Anywhere in a deer stand
• Childhood hero – Nolan Ryan
• One person, living or dead, to eat dinner with – Nolan Ryan