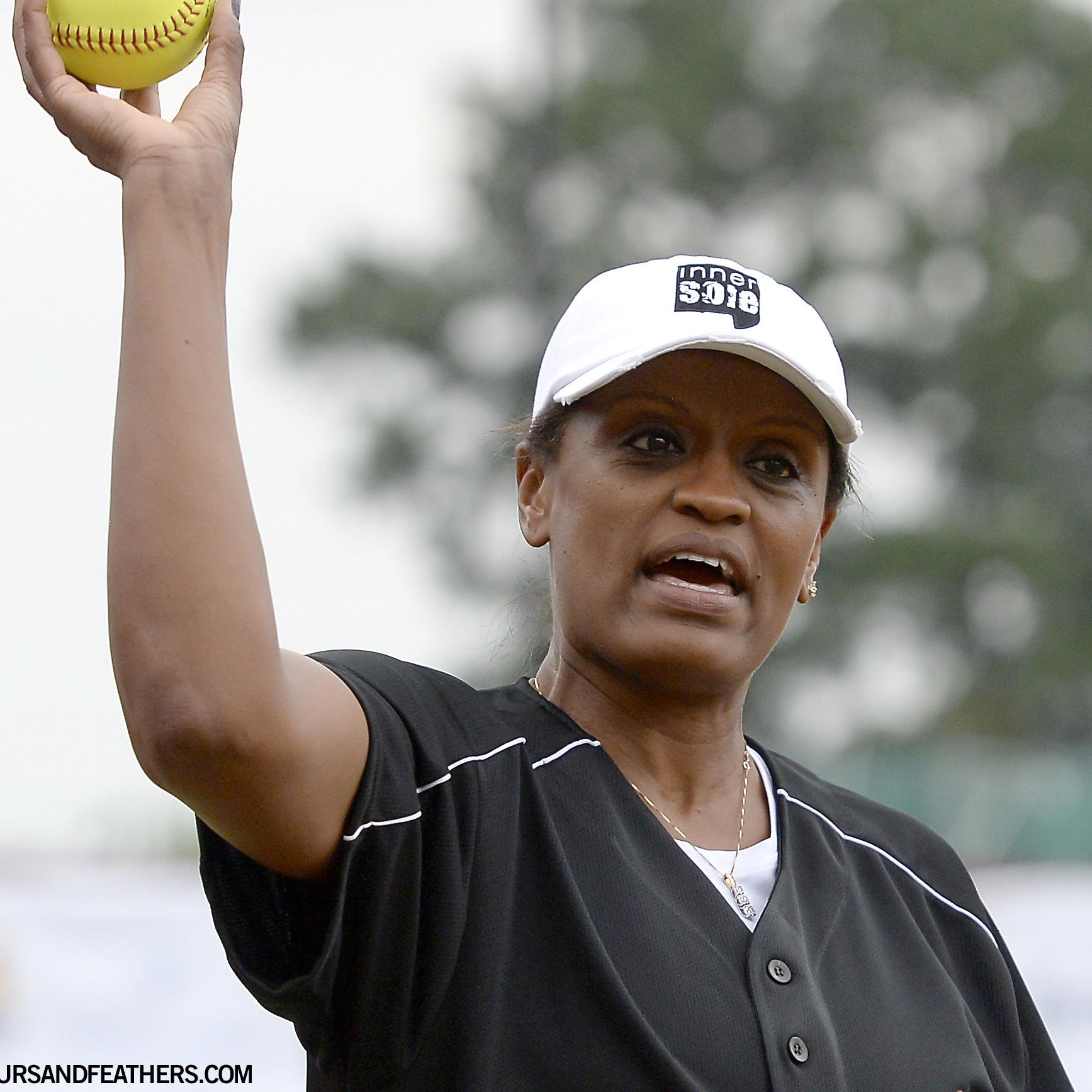 Smith Sets Aside Rivalry for Charity

Audra Smith and Dawn Staley go back. Way back. The two joined forces at the University of Virginia in 1988, playing together for four seasons for the Cavaliers, and even living together for a year. Their longstanding friendship “got complicated” last year when Smith became Clemson’s head coach, igniting an annual rivalry, as Staley heads up South Carolina’s hoops program.

But the rivalry was put on hold this past weekend, as Smith participated in Staley’s Innersole Celebrity softball game on Saturday at the Carolina Softball Stadium at Beckham Field in Columbia. Staley co-founded and serves as president of Innersole, a charity aimed at providing “new sneakers to children who are homeless and children who are in need.”

“It was a first-class event. Coach Staley did a great job of inviting a ton of high-profile people back,” said Coach Smith. “There were a ton of local celebrities. I felt like Dawn stacked her team. They were just popping them over the fence, every time. It was an outstanding event for the community in giving support. The crowd was so involved and intuned. It was wonderful to see so many in support of her foundation, which takes care of so many disadvantaged areas.

To date, the organization has donated more than 1600 sneakers to children of the Midlands Region of South Carolina, resulting in serving “10% of children who are homeless or children who are in need with a new pair of sneakers, basketball shoes, soccer cleats, football cleats, or golf shoes,” according to the charity’s website.

Smith’s decision to participate was an easy one, even though she admits she was wary of entering the hostile territory. The list of attendees was impressive, highlighted by six-time WNBA All-Star Chamique Holdsclaw, Alshon Jeffery of the Chicago Bears, South Carolina AD Ray Tanner, Heisman-winner George Rogers and Michael Haley, husband of South Carolina Governor, Nikki Haley, among others.

“It was a lot of fun, and I’m so happy she invited me to be a part of it,” said Smith. “It was very welcoming, and everything was about Innersole. There was no talk of football or basketball; Her players were gracious to me, and it was a great experience.”

Smith played on Tanner’s team, winning 10-5 in seven innings, but losing, 13-12, when an unofficial eighth inning was played.

“I was on coach Tanner’s team and we won, but because we had so much fun, and we continued to play and they came back to win,” said Smith. “It was so much fun. I didn’t get booed, or eggs thrown at me or anything like that. When I was introduced, the fans gave me great applause. I hit it a couple times, but didn’t get on base.”