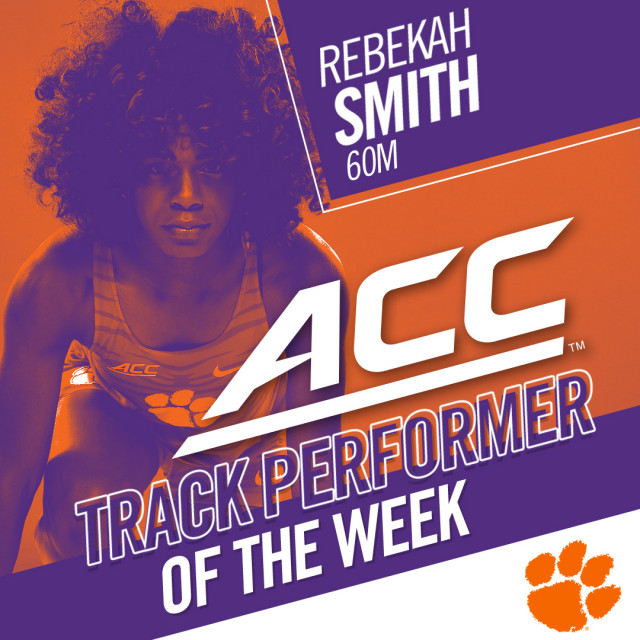 CLEMSON, S.C. – Clemson sprinter Rebekah Smith has been named the ACC Track Performer of the Week, the conference office announced Tuesday. The sophomore garners her second conference weekly distinction of her career after running the third-fastest time in the 60m dash in program history – also the NCAA’s No. 4 time this season.

Smith, a native of Irmo, South Carolina, won the women’s 60m dash preliminary Friday at the Clemson Invitational with a time of 7.26 seconds. That time earned her a career best in the event, prompting Smith bow out of Friday’s finals.

Smith’s honor is the third consecutive weekly award earned by a Tiger after junior middle distance runner John Lewis was recognized on Jan. 16 and Jan. 9 for his performances in the 800m and 1000m, respectively.

Up next, the Tigers return to the Clemson Indoor Track & Field Complex to host the Bob Pollock Invitational. The meet will commence Friday and Saturday (Jan. 26-27).